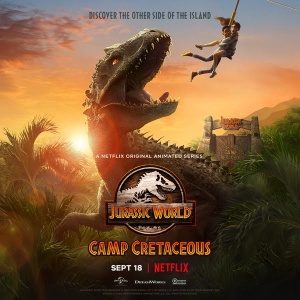 The following weapons were used in the animated series Jurassic World: Camp Cretaceous:

In Season 2, poachers Mitch and Tiffany both carry what appear to be customized Remington 700 rifles. 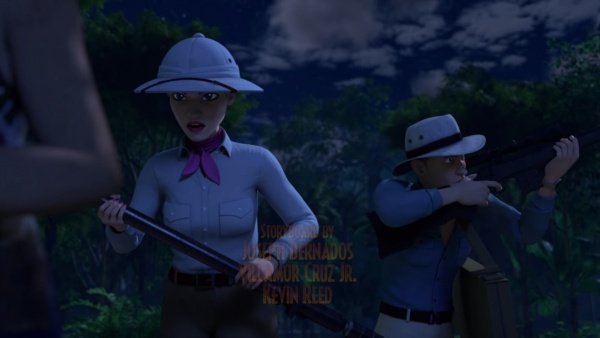 Mitch (Bradley Whitford) surveys his surroundings with the Remington 700. 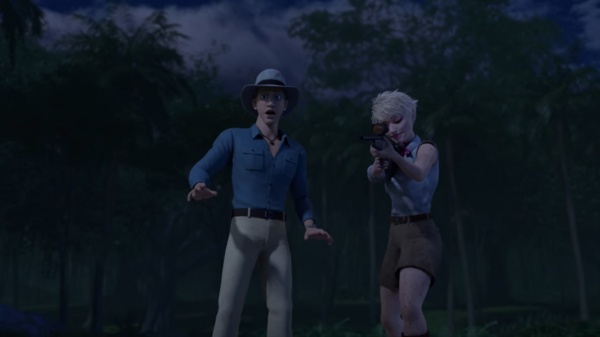 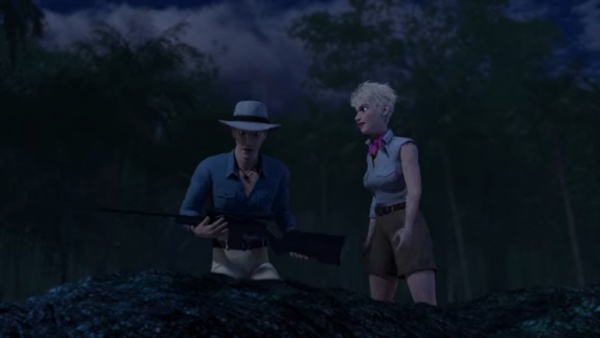 Tiffany tosses Mitch's Remington 700 back to him. Grim's body lays in the foreground. 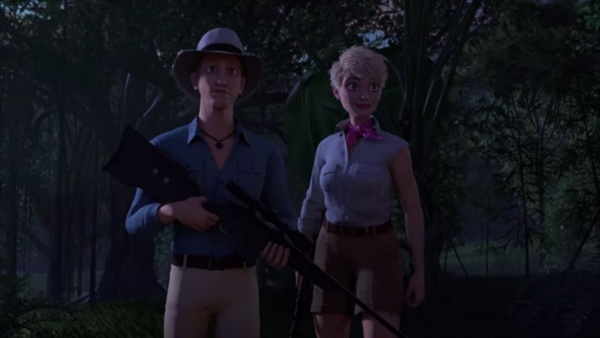 Mitch and Tiffany carry their Remington 700s while looking upon the watering hole. 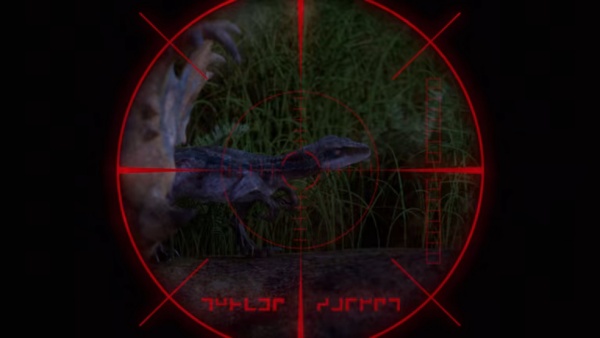 Mitch takes aim at Blue the Velociraptor. Note: The characters on the reticle are a "generic" text that appear throughout the show. 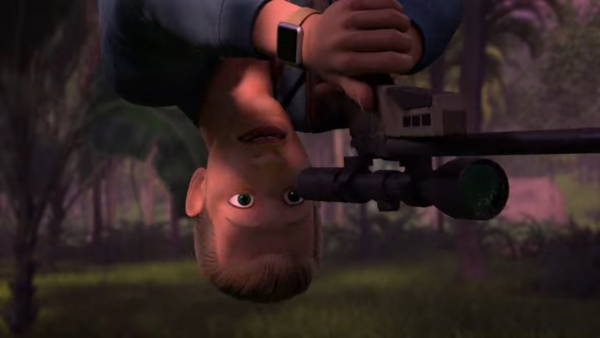 Mitch aims his Remington 700 at Rexy the Tyrannosaurus rex.

Mercenaries sent to Isla Nublar to assist Dr. Henry Wu in retrieving his research, are seen wielding what appear to be stylized Heckler & Koch HK416 rifles. 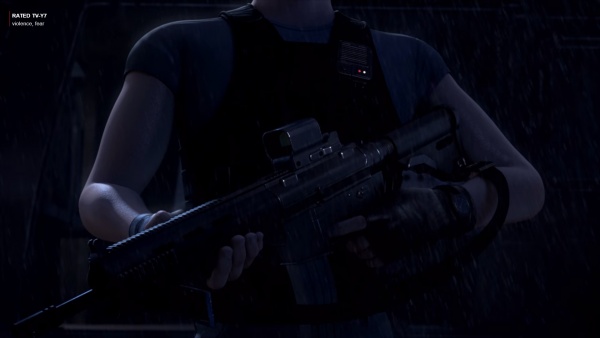 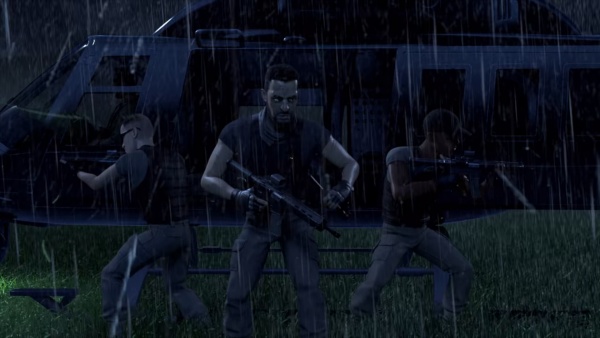 Hawkes (Dave B. Mitchell) leads his team all armed with the Heckler & Koch HK416.

Darius Bowman is seen retrieving a tranquilizer rifle of fictional make from a park vehicle. He later attempts to use it on the Scorpios rex but misses. In Season 5, Camp Cretaceous counselors Dave and Roxie, as well as mercenaries working for Daniel Kon are also seen using the rifle. 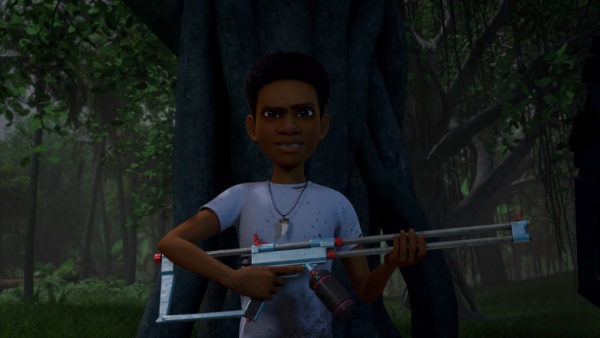 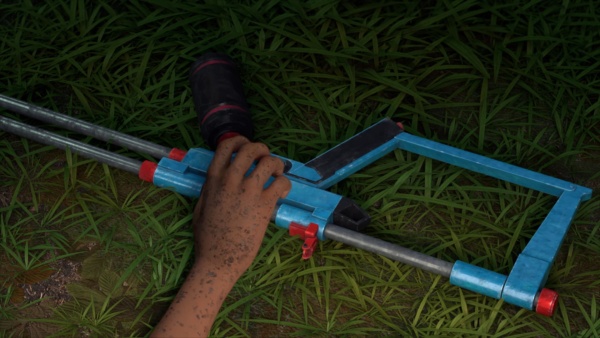 Darius attempts to pick up the tranquilizer rifle in the lobby of the abandoned Jurassic Park Visitor's Center. 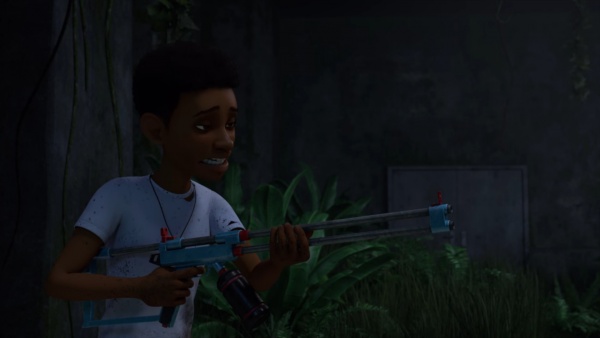 Darius aims the tranquilizer rifle at the Scorpios rex.
Retrieved from "https://www.imfdb.org/index.php?title=Jurassic_World:_Camp_Cretaceous&oldid=1511574"
Categories: