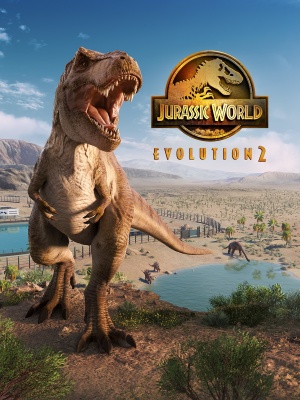 Jurassic World: Evolution 2 is a 2021 business management simulation developed by Frontier Developments and is the sequel to Jurassic World: Evolution. The game features four game modes: A campaign where the player assists Claire Dearing (voiced by Bryce Dallas Howard) and Owen Grady (voiced by A.J. LoCascio) in creating dinosaur preserves in coordination with the U.S. Department of Fish & Wildlife. Challenge Mode allows the player to create their own Jurassic World theme park in various locations around the world. Chaos Theory features what-if scenarios for each of the films in the Jurassic Park film series. And Sandbox, where the player is free to play how they want. Jeff Goldblum and B.D. Wong reprise their respective characters from the films while John Hammond and Simon Masrani are voiced by stand-in actors. In the BioSyn Campaign, Campbell Scott, Sam Neill, Laura Dern, and Mamoudou Athie reprise their respective characters from Jurassic World: Dominion. The game features expanded gameplay mechanics and introduces pterosaurs and marine reptiles to the roster.

The following guns are seen in the video game Jurassic World: Evolution 2:

Returning from Jurassic World: Evolution, a customized tranquilizer rifle is used as the standard issue tranquilizer for Capture Teams and, new to the sequel, the Mobile Veterinary Unit. Rustlers in the Jurassic World: Dominion Chaos Theory level also use the rifle. Like in the previous game, it is modeled after a prop weapon used in Jurassic World. Unlike the film, but like the previous game, the rifle is depicted as operating in bolt-action, and with a CO2 canister mounted at the front of the weapon. The film's prop CO2 canister which operated the bolt is still seen mounted into the stock. 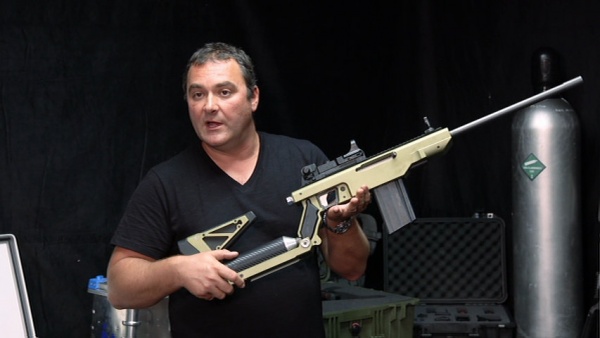 The customized tranquilizer rifle as seen in Jurassic World. 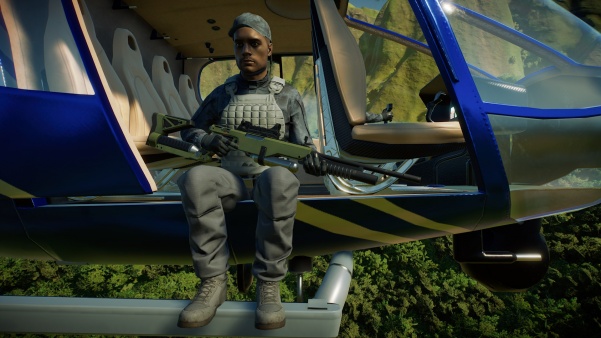 A closeup of the tranquilizer rifle used by an ACU trooper. 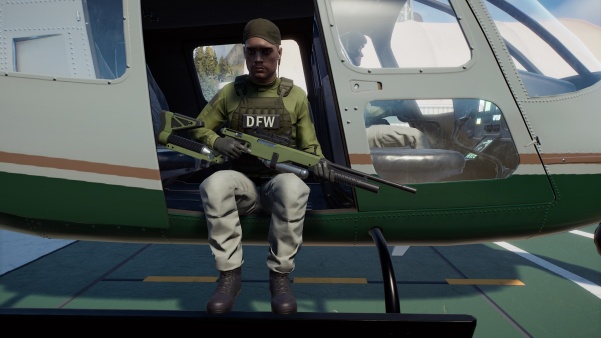 A U.S. Fish & Wildlife officer with his tranquilizer rifle. 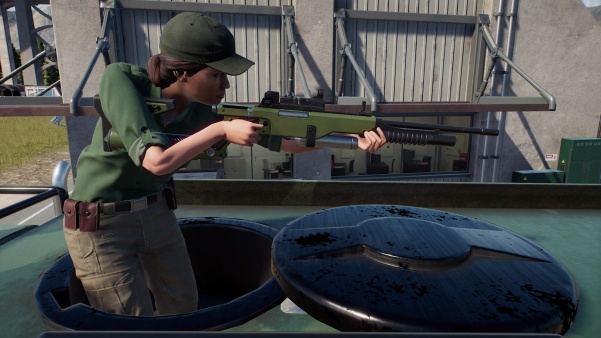 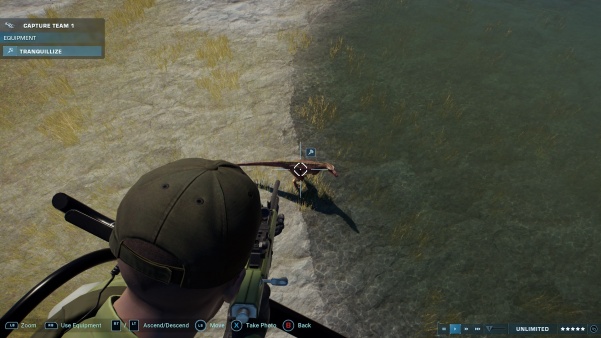 A U.S. Fish & Wildlife officer prepares to sedate a Qianzhousaurus. 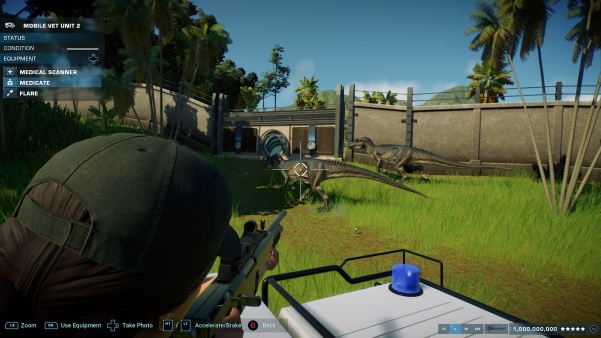 A Jurassic World veterinarian aims at an Allosaurus.

The tranquilizer rifle in the game features an unuseable underbarrel mounted M203 grenade launcher. In the previous game, the launcher was used to fire flare rounds to attract dinosaurs. However, that mechanic has been given to the Mobile Veterinary Units and Ranger Teams who use an Orion flare gun.

Close-up view of the M203 Grenade Launcher mounted to the rifle. 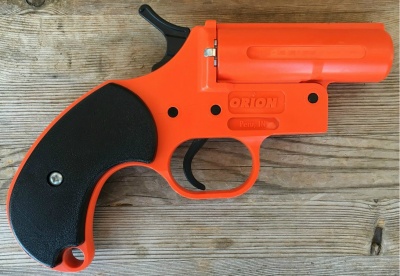 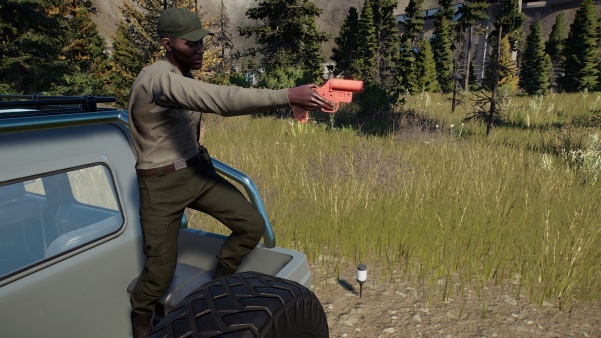 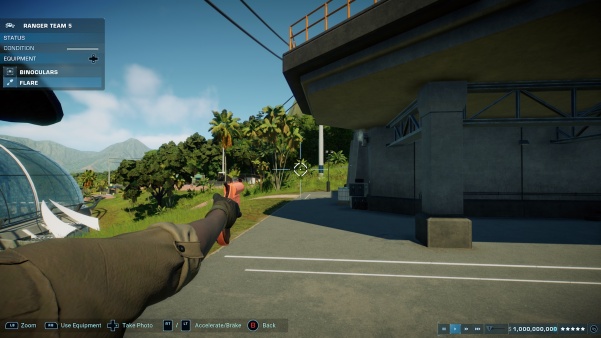 A Jurassic World ranger aims at nothing in particular with his Orion flare gun. 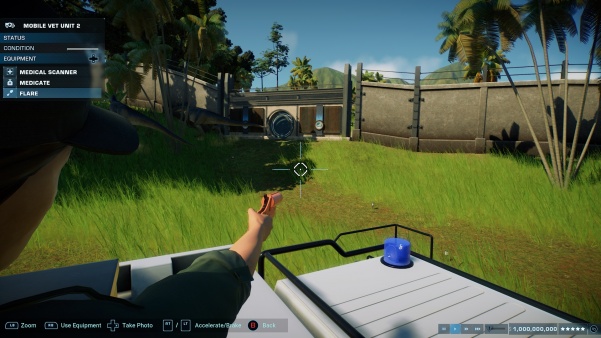