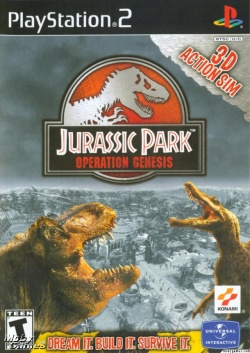 Jurassic Park: Operation Genesis is a 2003 park building simulation game based on the Jurassic Park franchise, released for the PC, PS2, and Xbox. (The following screenshots are currently taken with Model Detail set to Medium and are from the PC version of the game)

The Barrett M82A1 is the primary firearm that appears in the game. The weapon appears in the hands of Helicopter Rangers, and is used to maintain the dinosaurs in a park, and is also featured in a number of missions based around the "Retiring" of rampaging dinosaurs. The weapon has several modes of fire. Initially in a normal run of the game's main simulation mode, the Barrett is only capable of firing tranquilizer rounds--which will keep dinosaurs sedated for a time--and syringes that are presumably filled with adrenaline, which will awake a dinosaur from a coma. The rifle can be upgraded to "retire" dinosaurs (in other words, kill them). This is useful for taking down rampaging dinosaurs that have broken loose or are otherwise impossible to control. Another upgrade allows players to fire syringes filled with vaccines for various dino-diseases. Players can switch between firing modes at will when in the air. Regardless of what kind of ammunition is loaded, casings will eject from the rifle whenever it is fired. 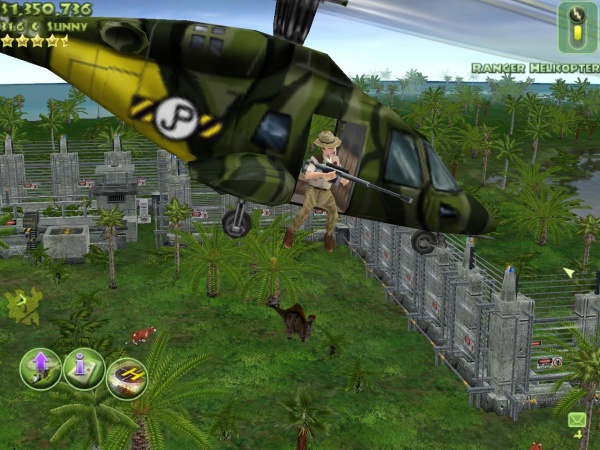 A Ranger fires his Barrett M82A1 from the ranger helicopter. 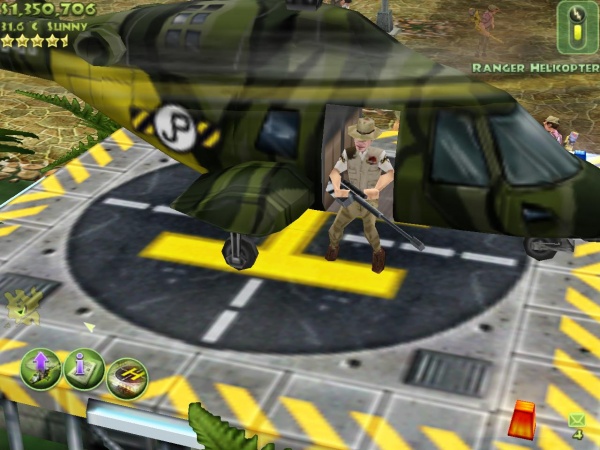 The Ranger rests his rifle on his lap, waiting for an assignment. While not visible here, the ejection port can be seen on both sides of the weapon, indicating that the model simply mirrors the texture. 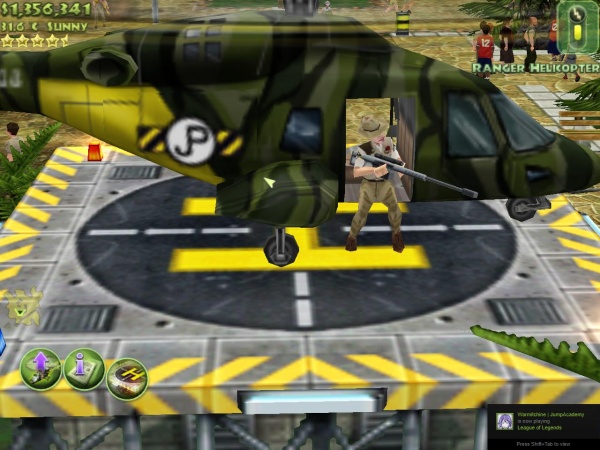 If you look closely, the shape of the stock can be seen rather clearly. Due to what may be a texturing or rendering glitch, the space between the stock and the grip, as well as the space in the stock itself, is textured with a matte color. It's possible to open the rifle's file and edit the matte color away, creating a more accurate look for the weapon. However, this requires some difficult coding.

After researching the technology, players can build automated sentry guns. These can take care of escaped dinosaurs if the player is busy with something else. For the most part, the dual machine guns do not resemble any real firearms. Interestingly, the guns are surrounded by two devices that resemble launchers of some kind. However, the devices don't actually do anything, and seem to be there for aesthetic reasons. The turret can be controlled by the player. When controlled, players look through the camera mounted behind the guns. 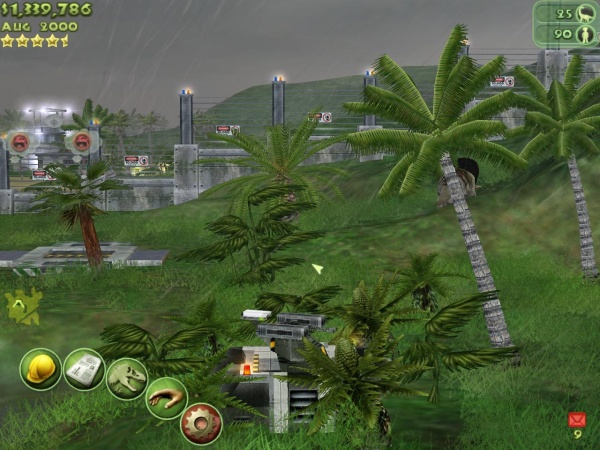 The machine guns open fire on totally harmless herbivores after being nefariously constructed inside a dinosaur pen. 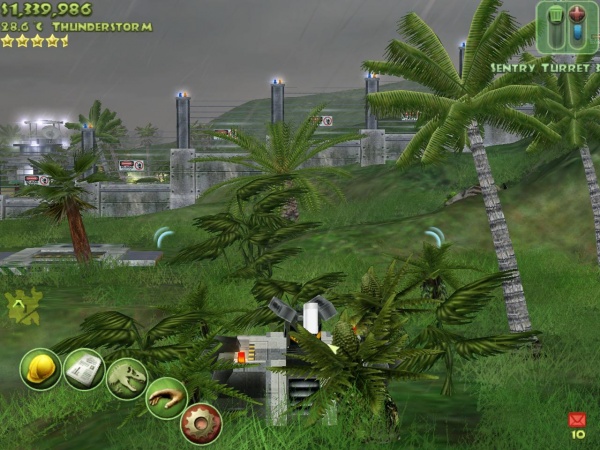 With the use of a cheatcode, players can arm the safari cars with a rifle. The weapon is never seen, and uses the same sound effect as the Barrett. During one of the game's misions, players can arm a safari car with a rifle in an effort to save John Hammond, the creator of Jurassic Park as seen in the original film. Another very generic looking hunting rifle appears in the research menu when upgrading the "Retirement" research, which allows the helicopter to become a lethal weapon.