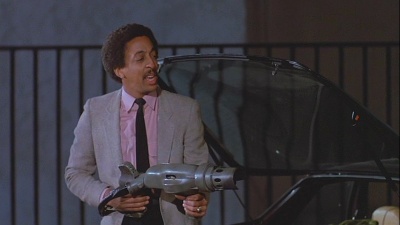 Gregory Hines as Ray Kasternak pulls out the M2A1 Flamethrower in Deal of the Century.

Gregory Hines (1946-2003) was an American actor/entertainer who appeared in such films as Running Scared, Deal of the Century, Off Limits (1988), and White Nights. In addition to acting, Hines was well known for his tap dancing, singing and dance choreography. He passed away in 2003 from liver cancer.