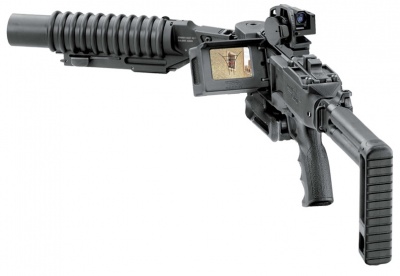 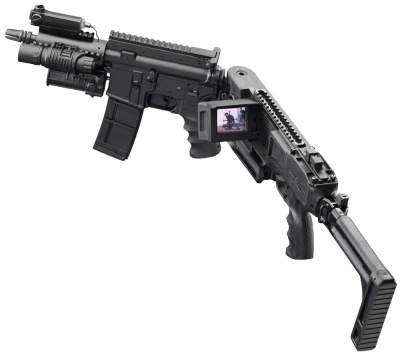 The CornerShot is an accessory that allows a mounted weapon to be aimed and fired around corners. The device has two major parts. The rear consists of a stock, pistol grip and monitor for aiming, along with a foregrip / traversing handle used for aiming the front end. The front is an assembly housing a weapon of some kind with a camera linked to the aiming monitor and mounts for accessories such as tactical lights. Cornershot variants are classified by what weapons are able to be mounted on them.

NOTE: Please try to provide the firearm that is attached to the CornerShot.