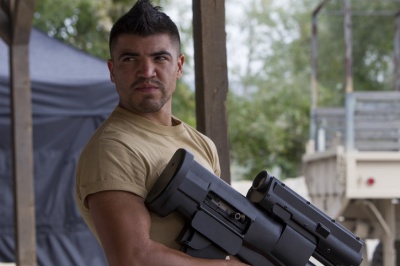 Victor Ortiz holds a Heckler & Koch XM25 as Mars in The Expendables 3.

Victor Ortiz is an American actor/boxer who held the title of WBC Welterweight Champion for 2011 before his acting career. He appeared in such films as The Expendables 3, Once Upon a Time in Venice, and Southpaw in addition to the television series Hawaii Five-0.