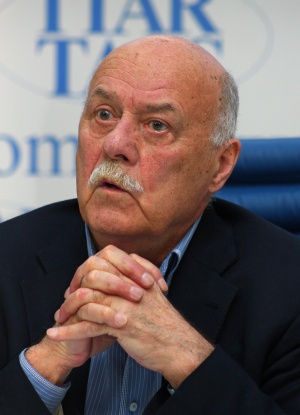 Stanislav Sergeyevich Govorukhin (Russian: Станислав Сергеевич Говорухин; March 29, 1936 – June 14, 2018) was a Soviet and Russian film director, actor, screenwriter, producer and politician. He was awarded the title of People's Artist of Russia in 2006 and got a number of cinema awards.

The following lists the films and television series in the IMFDB produced or directed by Stanislav Govorukhin:

The following 13 pages are in this category, out of 13 total.