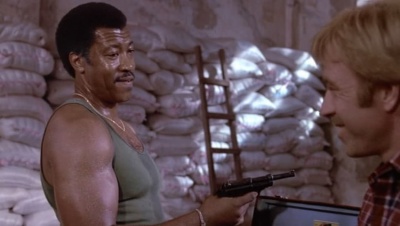 Bob Minor is an African-American actor/stunt performer/coordinator who routinely plays unnamed and often-killed thugs in action films and television series. He also has been the stunt double for such actors as Jim Brown and Danny Glover. Like fellow stunt performers Thomas Rosales Jr. and Henry Kingi, he has become one of those familiar faces which everyone recognizes, even if they don't recall his name.