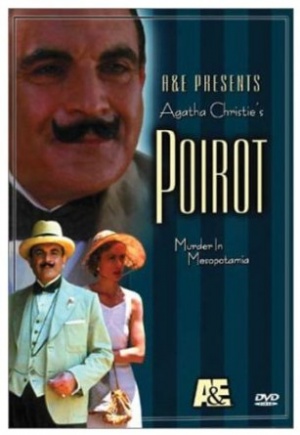 Murder in Mesopotamia is a feature-length episode in Agatha Christie's Poirot film series, the second in Season 8.

The following weapons were used in the film Agatha Christie's Poirot: Murder in Mesopotamia: 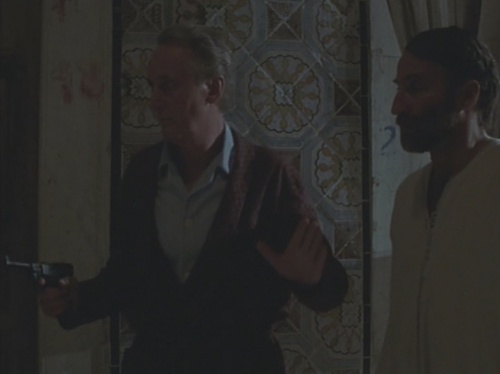 Hastings stands with his Luger drawn. 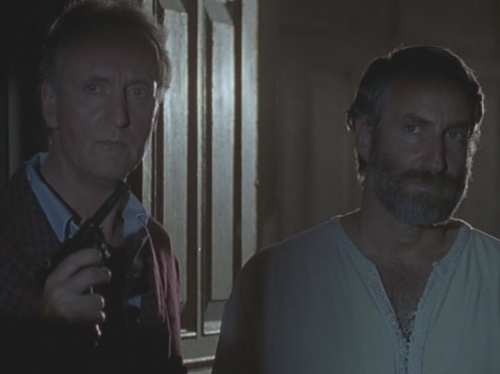 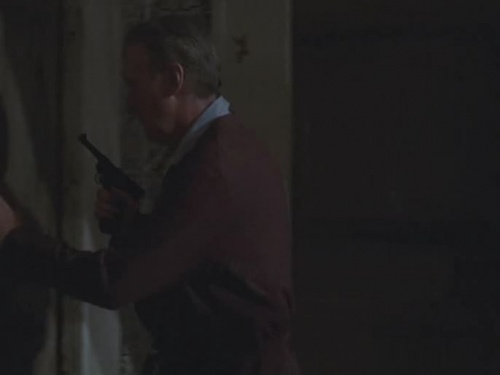 The heroin-addicted archaeologist Joseph Mercado (Alexi Kaye Campbell) shoots himself with an Enfield No. 2 Mk I. 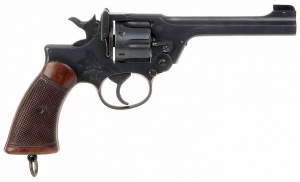 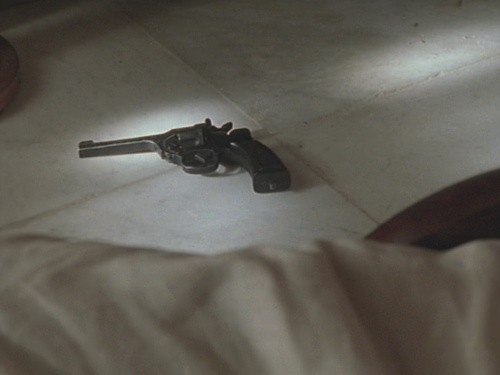 Mercado's Webley on the ground. 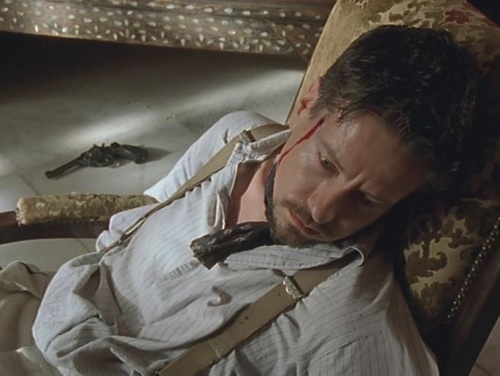 Superintendent Maitland (Iain Mitchell) carries a revolver in holster. The grip allows to identify the revolver as a Webley, and the holster is typical British WW1 pattern, so the gun is very possibly Webley .455 Mk VI. 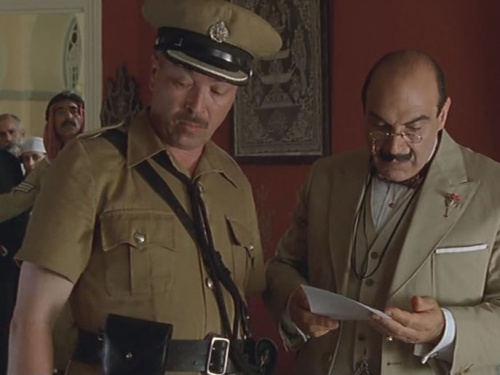 The grip with lanyard ring is seen. 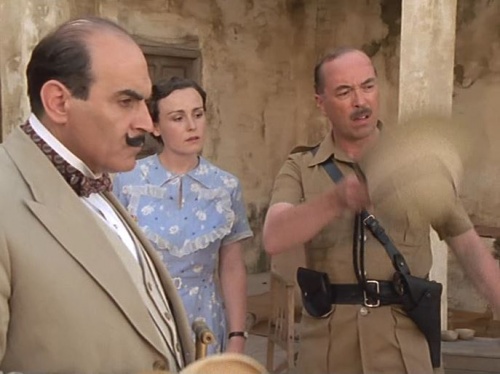 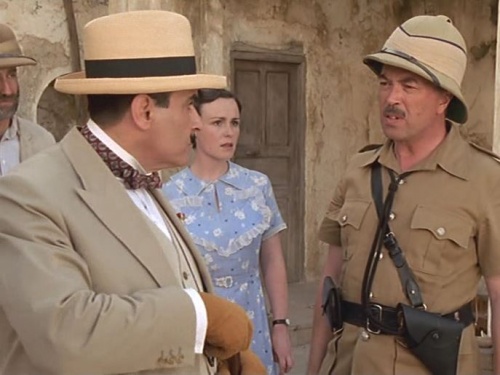 A part of the grip is seen.

Police Sergeant (Zoubeir Bornaz) carries a revolver in holster. The holster is also of British pattern; during WW1 this model was used to carry Webley, Smith & Wesson an Colt revolvers. 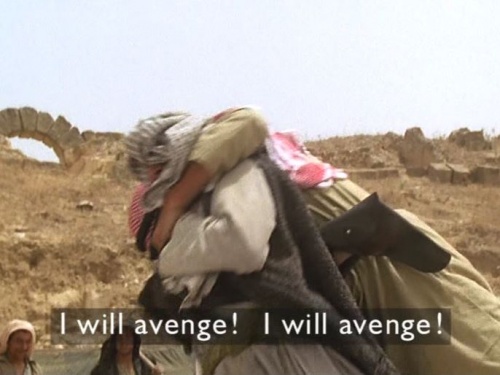 The holster is seen. 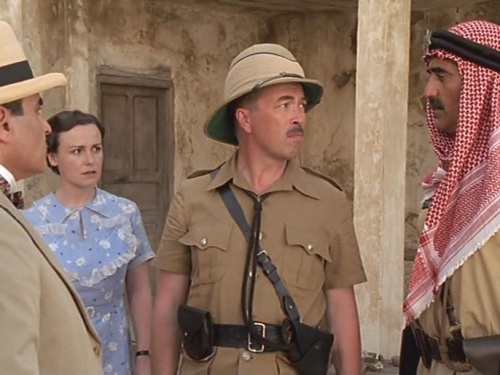 The lanyard is seen (at the right); it proves that the holster isn't empty but nothing can be said about the revolver.