Will Rothhaar wields an M4A1 fitted with an M203 grenade launcher as Cpl. Lee Imlay in Battle: Los Angeles. 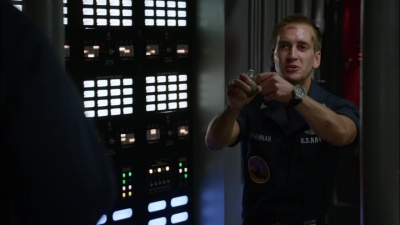 Will Rothhaar as Petty Officer Josh Brennan threatening to pull the pin on an M26 Hand Greande in Last Resort.