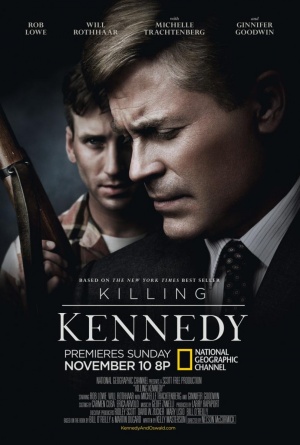 Killing Kennedy is the 2013 television film produced for the National Geographic Channel based on Bill O'Reilly and Martin Dugard's 2012 book of the same name. It parallels the events of the presidency of John F. Kennedy (Rob Lowe) with the later life of his accused assassin, Lee Harvey Oswald (Will Rothhaar), leading up to Kennedy's assassination on November 22, 1963. Like Killing Lincoln, also based on O'Reilly and Dugard source material, Killing Kennedy does an excellent job of representing the actual firearms purported to have been used by the parties involved.

The following weapons were used in the film Killing Kennedy:

Lee Harvey Oswald (Will Rothhaar) is shown receiving his Carcano M91/38 in the mail in March 1963, the same rifle that he used on the day of the Kennedy assassination. Like the real-life rifle, it is chambered for 6.5x52 mm ammunition and has a 4x scope. The film depicts Oswald using it in both his attempted assassination of General Edwin Walker and, later, the actual assassination of John F. Kennedy. He has a brief conversation with a local teen, Sterling Wood, at a Dallas shooting range shortly before the assassination.

Captain Will Fritz (Mike Shiflett) of the Dallas Police Department is seen checking the rifle after it is found on the sixth floor of the Texas School Book Depository. 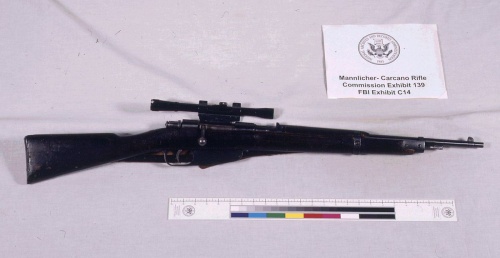 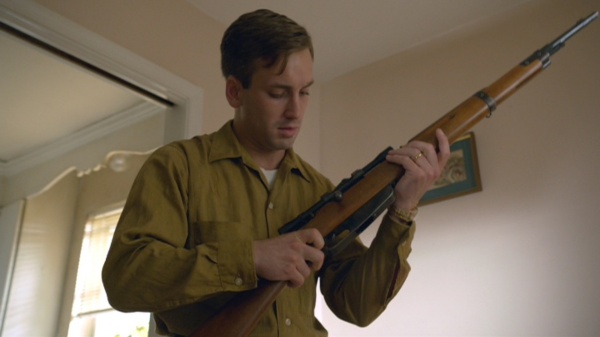 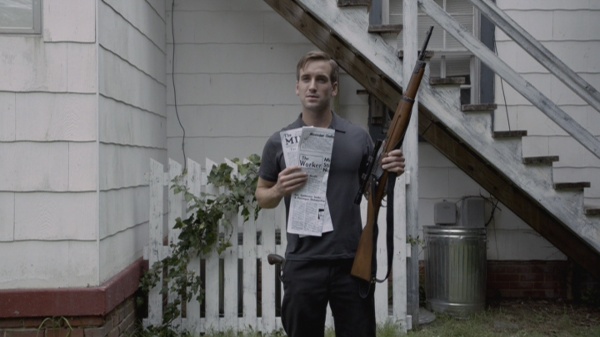 Oswald forces Marina to take the now-famous photo of him posing in his yard with rifle, revolver, and newspaper. 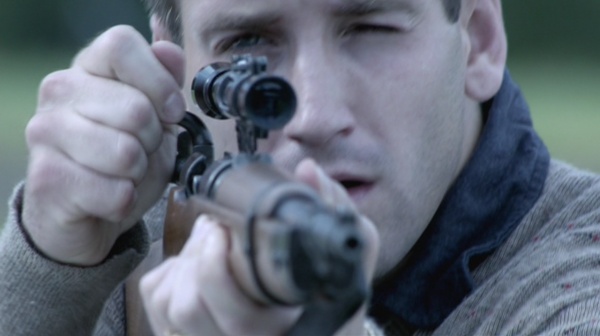 Oswald racks the bolt of his Carcano at the shooting range. 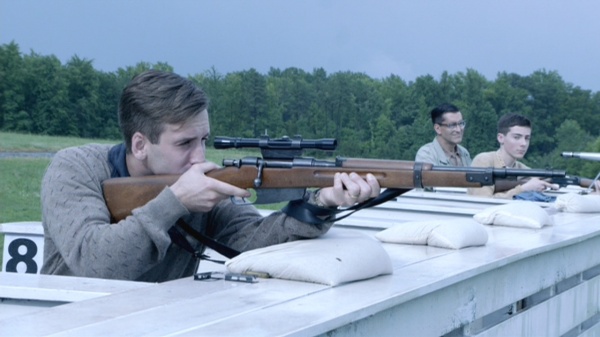 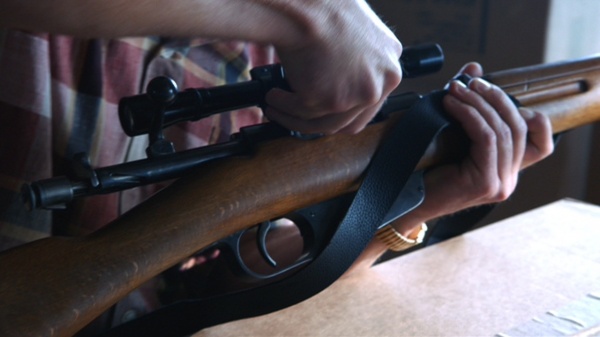 Oswald loads his rifle before Kennedy's motorcade drives past the depository. 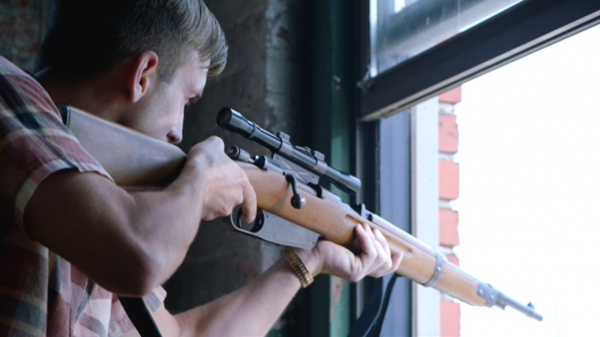 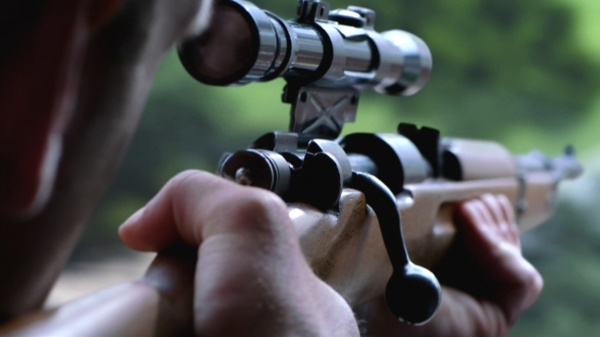 Oswald looks down the scope. 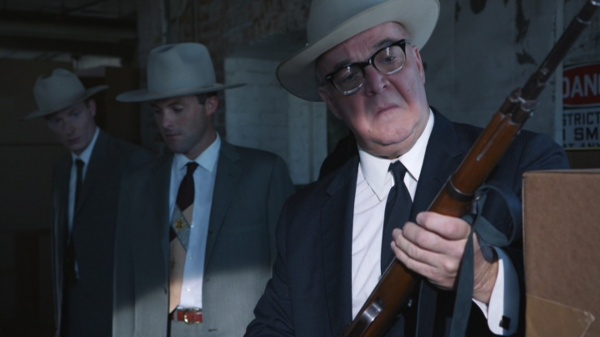 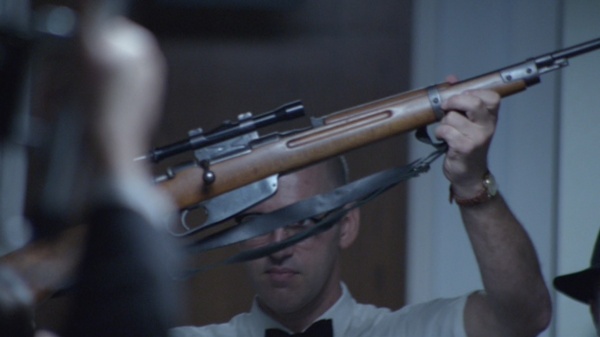 Another now-famous image is replicated of a man walking through the Dallas Police Department building with Oswald's rifle held high above his head.

Lee Harvey Oswald (Will Rothhaar) is also shown with a Smith & Wesson Victory Model with a 2" barrel, another weapon he supposedly owned and used in real life. In the film, he draws this revolver from the rear of his trouser waistband to shoot and kill Dallas patrolman J.D. Tippit. While the revolver initially resembles a Colt due to its unsupported ejector rod, the snub nosed Smith & Wesson Victory Models also had an unsupported ejector rod that was uncharacteristic of most S&W models. 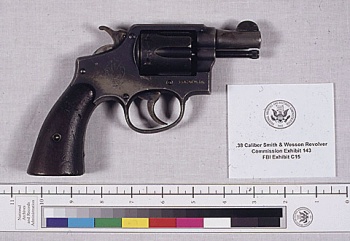 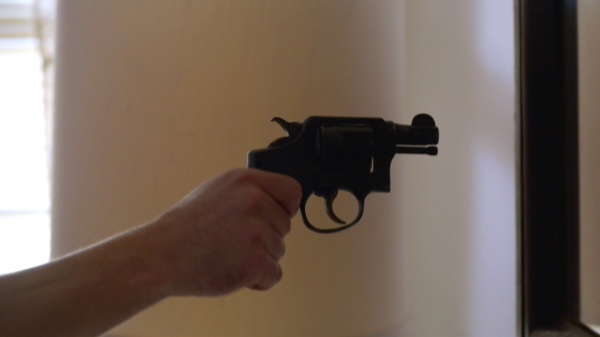 Before posing for his photo, Lee Harvey Oswald (Will Rothhaar) snaps the cylinder of his revolver into place. 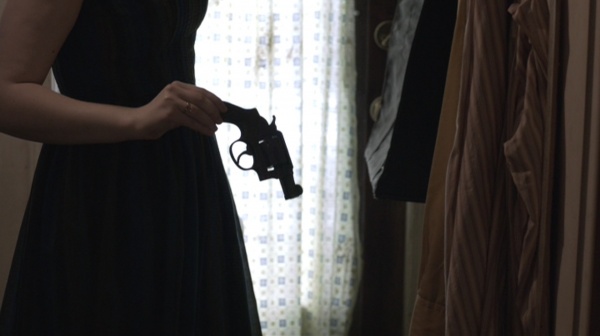 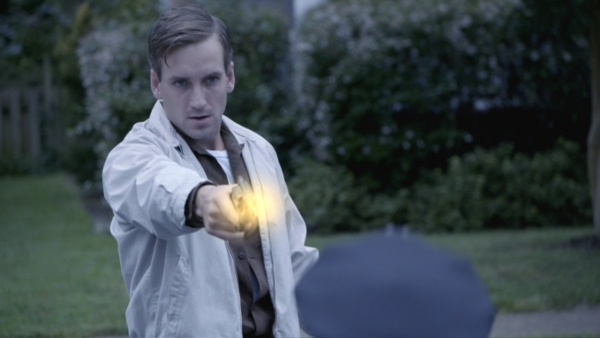 Sterling Wood (Mark Ziv), the inquisitive teen who asks Oswald about his Carcano, fires a Marlin Model 308MX with his father at the Dallas shooting range on November 16, 1963. O'Reilly's book, on which the film is based, describes Wood as firing his "Winchester .30-30 rifle"; the Marlin Model 336 is chambered in .30-30.

Marlin Marlin 308MX Carbine based on the Marlin 336 but chambered for the .308 Marlin Express 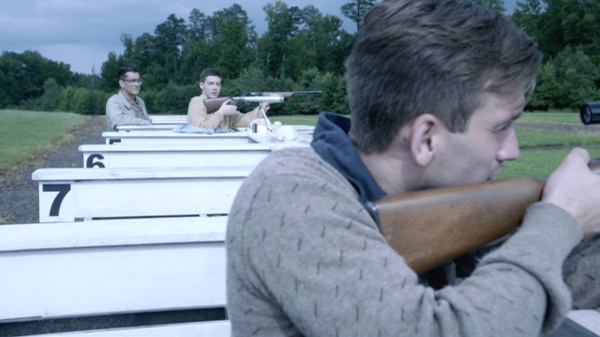 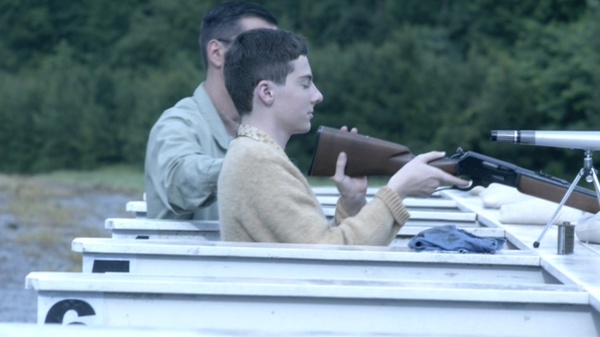 After Oswald leaves, Wood and his father return their attentions to their Marlin rifle.

Jack Ruby (Casey Siemaszko) uses a Colt Cobra to shoot Lee Harvey Oswald after his arrest. Like the actual Cobra used by Ruby, it has a hammer shroud. Ruby's actual Colt Cobra, serial #2744-L, was auctioned in the early 1990s. 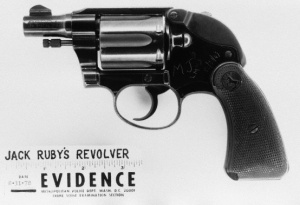 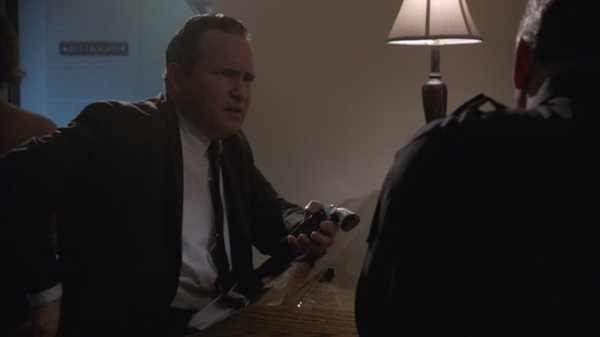 Jack Ruby (Casey Siemaszko) pulls a Colt Cobra out of his pocket - in front of two police officers - while digging a pack of Clark's Teaberry gum from his pocket. 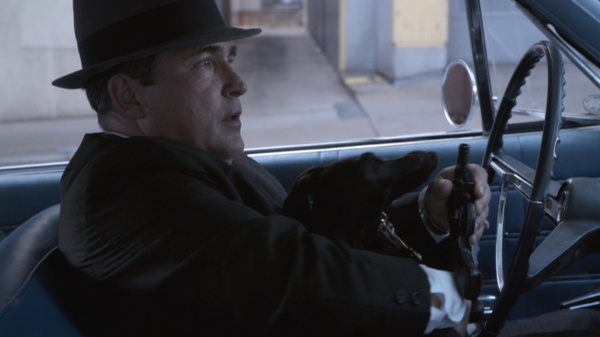 Ruby takes his Cobra out of his glove compartment before heading into the police station.

Dallas police officer Marion Baker (L. Derek Leonidoff) draws what appears to be a Colt Official Police when he runs into Oswald during his initial search of the depository after the shooting. Oswald's boss, Roy Truly, assures Baker that "he works here" and Baker continues checking the rest of the building. The Colt Official Police had at one time been issued to the Dallas Police Department. 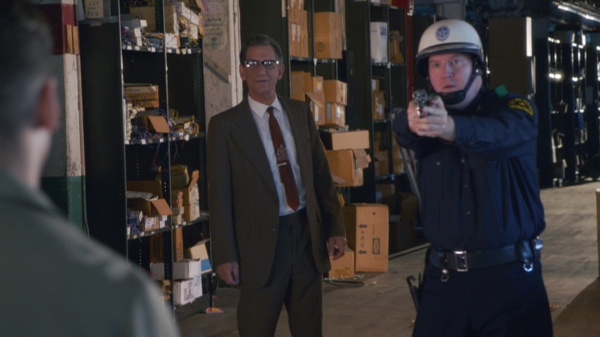