Tomb Raider II is a British videogame developed by now-defunct CORE Design and published by EIDOS, released on PC and PlayStation in 1997. The 2nd instalment in the Tomb Raider series follows British archaeologist and explorer Lara Croft as she travels the world to find the ancient Dagger of Xian which when plunged into the heart by the user turns them into a dragon.

As in the previous game, a pair of nickel plated Browning Hi-Powers serve as Lara's main weapons, with unlimited ammo and, like most of the weapons she uses in the game, an infinite magazine size. The models used in the artwork and FMVs differ in finish from the in-game models, the former being an all-nickel finish, whereas the in-game models feature black slides and nickel frames. At the time, the Browning Hi-Power was the standard-issue pistol of the British Army, which suggests Lara may have used these pistols for the patriotic touch. Higher detailed models that show the Hi-Power's unique slide design and slide release are seen in art work for the game. 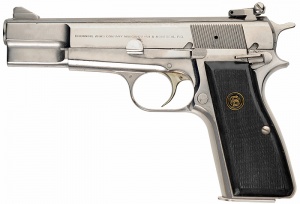 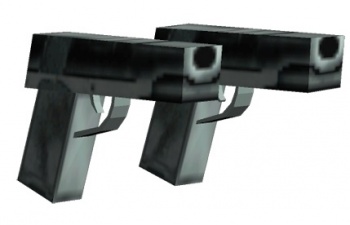 In-game model of the Hi-Powers. Note the black slides, which differ from the all-nickel models used in the game's artwork. 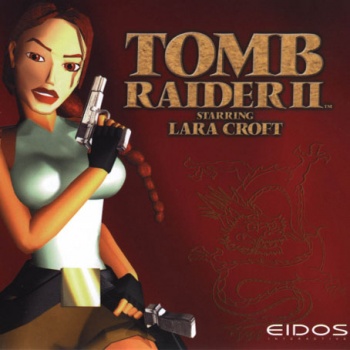 The official game cover artwork clearly showing the distinctive slide design and slide release of the Browning Hi-Power. Note the lack of sights and ejection port.

The weapons model wise are based on the Intratec TEC-22 called "Automatic Pistols" in-game, they are dual wielded pistols that are more powerful than the infinitely firing Browning Hi-Powers that Lara has. Like the actual TEC-22, the magazines load into the pistols in front of the trigger guards. 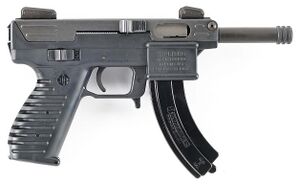 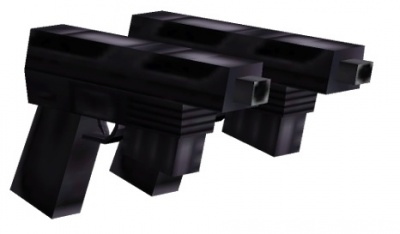 The H&K MP5SD3 submachine gun is seen in the hands of some Bartolli thugs during an FMV, as well as Bartolli himself in the game's title screen. 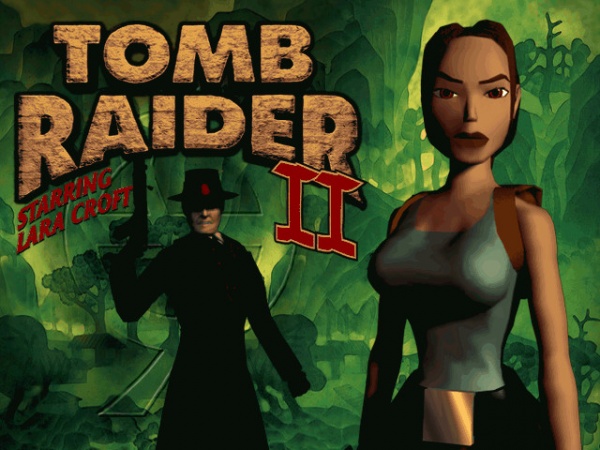 Tomb Raider II title screen, showing Bartolli with the MP5SD3 in the background 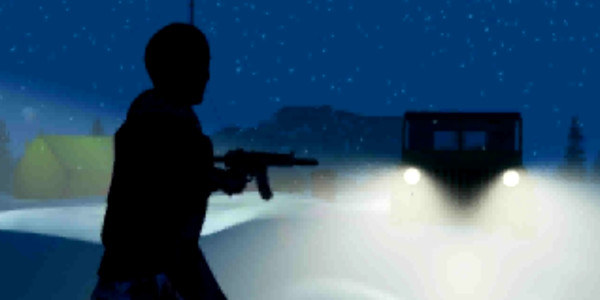 A thug with an MP5 in the aforementioned FMV

The MAC-10 is depicted in-game and in the game's artwork, incorrectly referred to as "Uzis" in-game. The MAC-10s can be dual-wielded by Lara. Chambered in 9x19mm, these have the same power per shot as the Browning Hi-Power pistols and have limited ammo, but are far more effective due to their increased rate of fire. 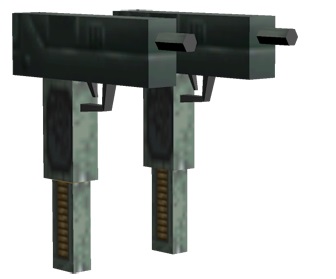 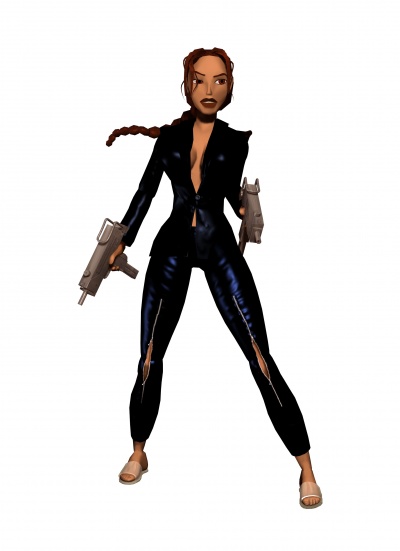 Lara with MAC-10s in the game's artwork

An Walther MPL submachine gun is depicted in the game's artwork. 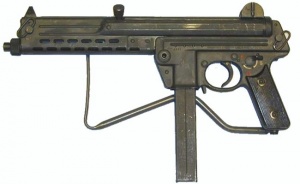 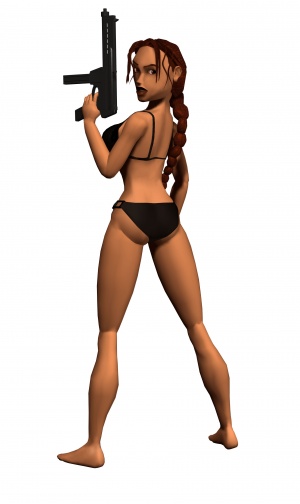 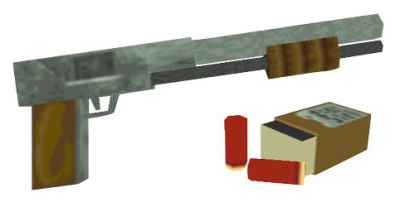 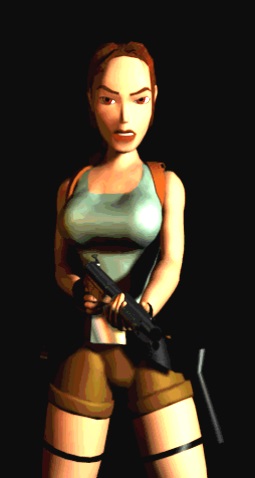 A short-barrelled AKS-47 is depicted in the game's artwork. The same model is used again on a loading screen on Tomb Raider III, where the milled receiver is clearly visible. 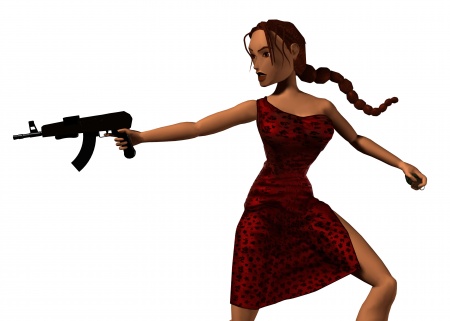 AKMS Krinkov in the game's artwork. 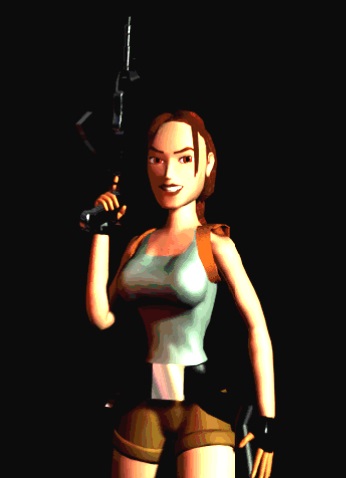 The M16 is depicted in-game and in the game's artwork. It's the most powerful gun in the game but Lara must stand still while firing it. It cannot be dual-wielded, as opposed to what the game's artwork shows. The in-game version appears to be an M16A1 with a 20-round magazine, while the artwork version appears to depict an SP1 M16 (note the lack of forward assist), with an A1 flash hider. 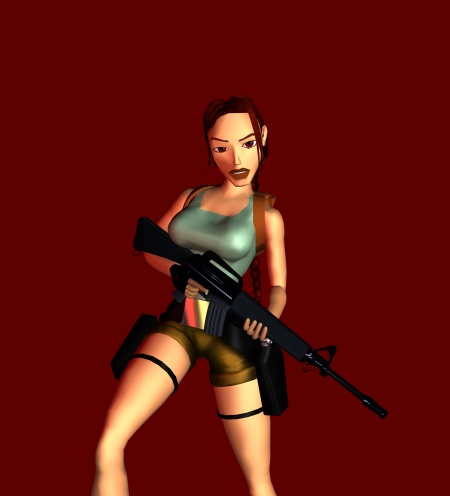 Lara with an SP1 M16 from Tomb Raider II's artwork. 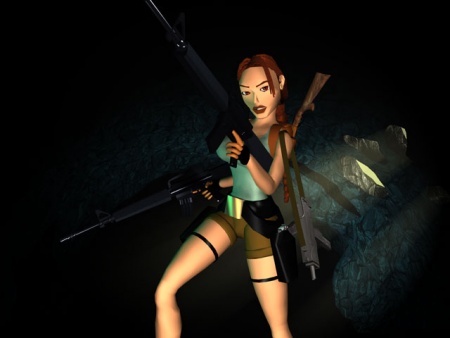 Lara is depicted in the game's artwork firing a Maxim MG08/15 machine gun. 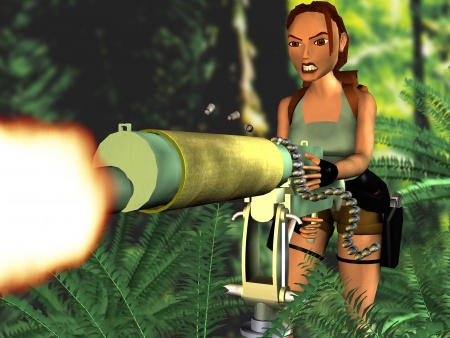 Lara's grenade launcher doesn't appear to be based off of any real life model in particular. However, it appears to be single shot like the M79 because of its gameplay animation. 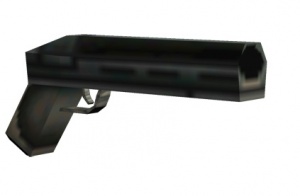 Lara's Harpoon gun in the game appears to have a very large air tank. It is also the only gun on the game that requires reloading, once every 4 shots. 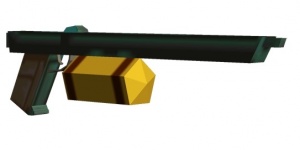 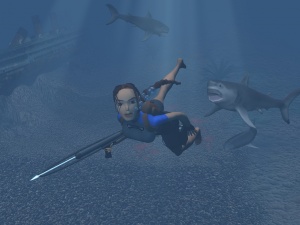 Men with flamethrowers appear on the Diving Area level. 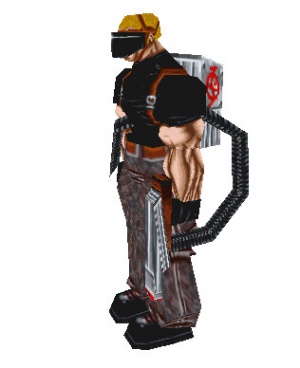 Model of man with flamethrower