The following weapons appear in the video game Time Crisis 5:

VSSE agents Luke O'Neil and Marc Goddard use Desert Eagle Mark XIX chambered in .50 AE. It incorrectly holds 9 rounds and is fitted with a muzzle brake. Unlike the previous games in the series, both Desert Eagles are two-tone and not fitted with any optics. 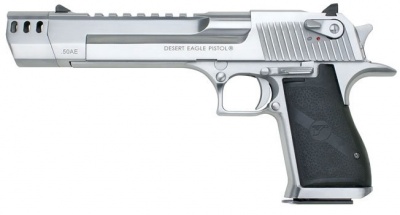 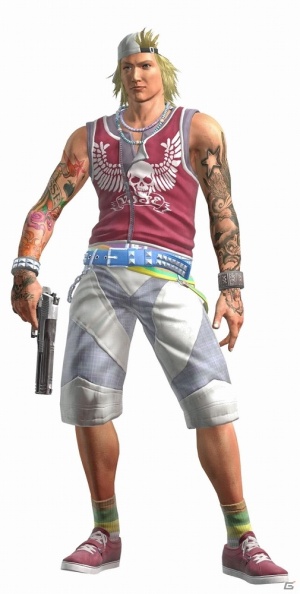 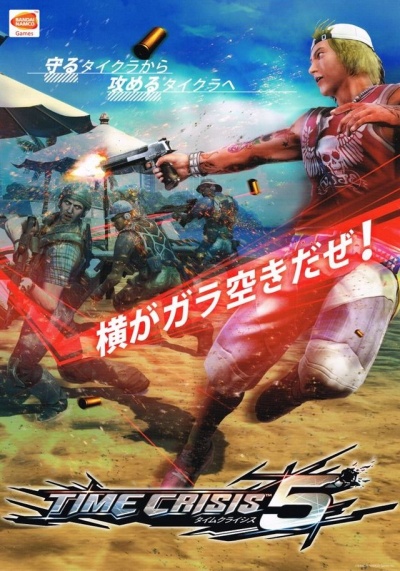 Luke O'Neil firing a Desert Eagle in a promotional flyer.

A two-tone Glock 17 is used by Wild Dog's mercenaries as their main sidearm. 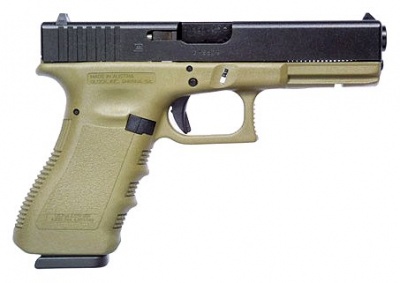 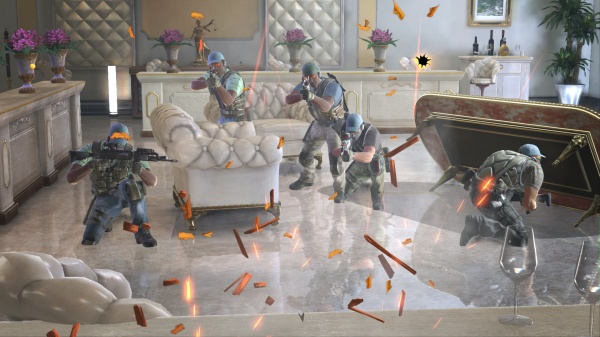 The Glock 17 seen in one of the mercenaries' pistol holster. 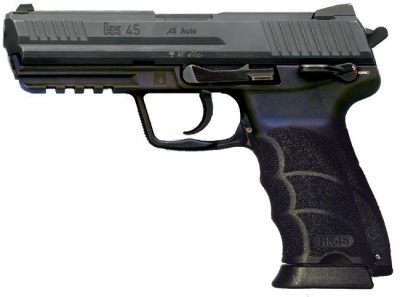 An HK45 is seen holstered in Robert Baxter's shoulder holster. Note the lack of a hammer.

The Mauser C96 returns to the game as Wild Dog's main sidearm. Unlike the previous game, his disciple Wild Fang doesn't use a C96; he instead uses a sawed-off Winchester Model 1887. 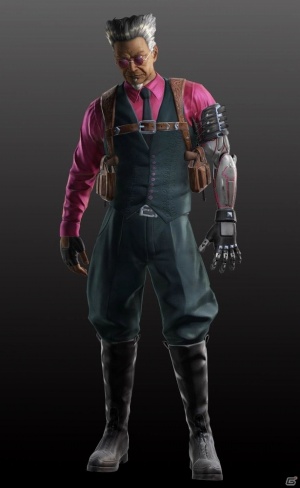 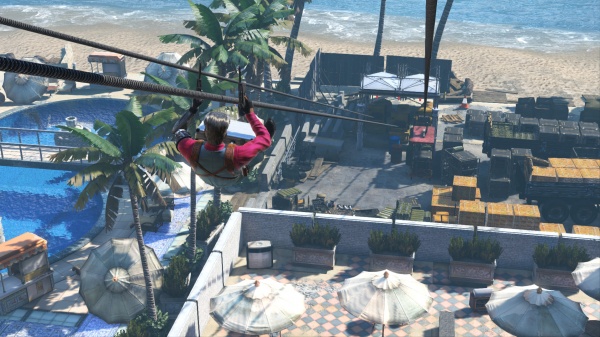 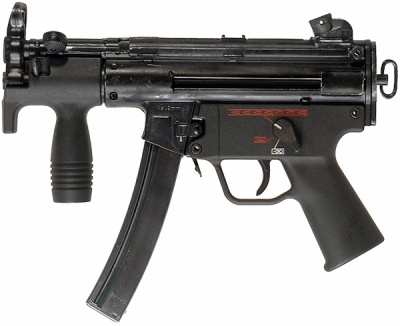 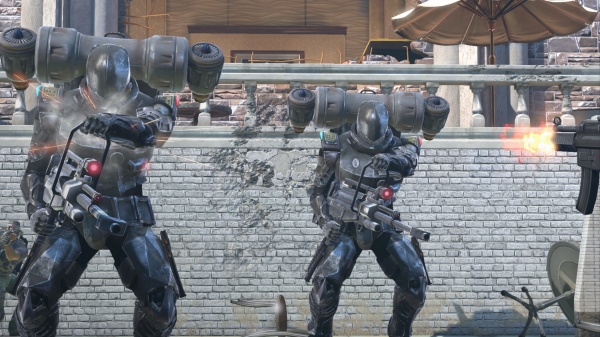 A modified AK-12 with an Aimpoint red dot, laser sight, flash light, vertical foregrip, and M4-type collapsible stock is used by many of Wild Dog's mercenaries. It's modeled with a left handed charging handle.

VSSE agents Luke O'Neil and Marc Goddard use commandeered M4 Carbines with Trijicon ACOG4x32+RMR sights, laser sights, flashlights, and vertical foregrips from an armory belonging to Wild Dog's mercenaries in stage 1, area 2. Like in previous games, it is referred to as a "machine gun", even though this is an assault rifle.

Robert Baxter uses a fictional assault rifle against the protagonists in stage 6. It's largely based on the SRSS BullDog 762's hand guard with a Bushmaster ACR's fixed stock and body and is fitted with an M68 red dot sight.

The VSSE agents use Kel-Tec KSGs with vertical foregrips commandeered from an armory belonging to Wild Dog's mercenaries in stage 1, area 2.

Wild Fang with his Winchester Model 1887.

A Browning M2 is mounted on a VSSE-manned chopper. It's also used by Wild Dog's mercenaries in stage 3 and stage 5. 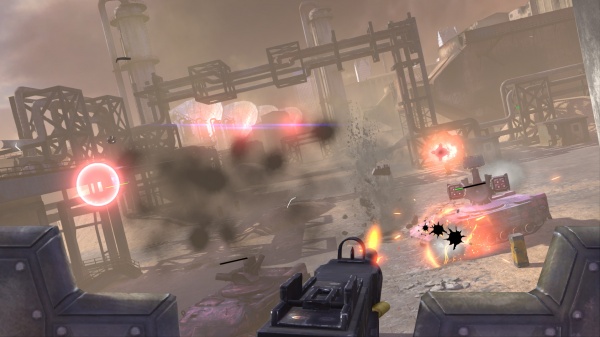 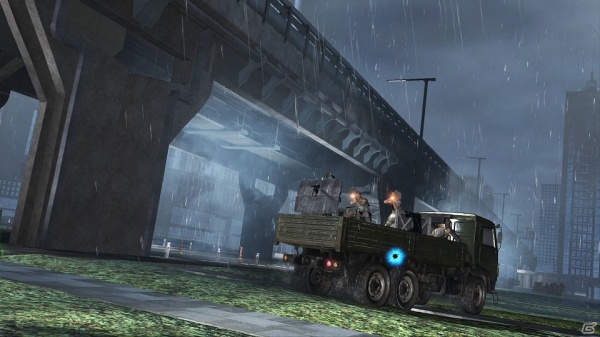 A Browning M2 is mounted on a truck operated by Wild Dog's mercenaries.

In stage 6, Robert Baxter uses a GE M134 Minigun mounted on his robot.

The VSSE agents use Heckler & Koch XM320s (the weapon model is rather large) commandeered from an armory belonging to Wild Dog's mercenaries in stage 1 area 2. It replaces the Leuchtpistole seen in previous games. It still acts like an RPG. 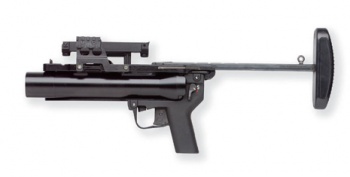 The Pansarskott m/86, the Swedish Army version of the M136 AT4 with folding foregrip, is used by Wild Dog's mercenaries, include Wild Dog himself. Keith Martin also uses Pansarskott m/86 against Wild Fang in stage 5.

Wild Dog's mercenaries and Keith Martin use unknown smoke grenade against the protagonists.

Robert Baxter uses a yellow colored Model 7290 flashbang grenade against the protagonists when Robert is revealed as the real traitor of VSSE by Keith.