From Internet Movie Firearms Database - Guns in Movies, TV and Video Games
(Redirected from The Howling)
Jump to navigation Jump to search 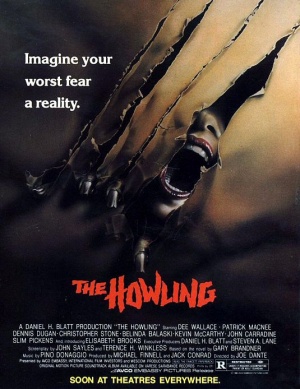 The Howling is a 1981 horror film about a traumatized reporter who goes to a therapeutic retreat colony only to find it populated with dangerous werewolves. Although the film was criticized in other aspects, it was lauded for its ambitious, influential special effects, which go down even today as some of the best, most influential werewolf effects alongside An American Werewolf in London.

The following firearms were seen in the film The Howling:

Two separate revolvers are seen in the film that are never seen clearly enough to positively identify. 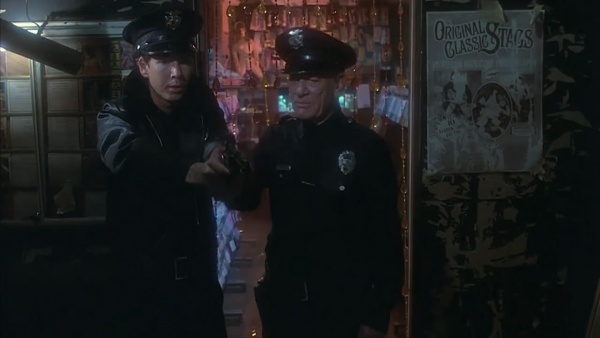 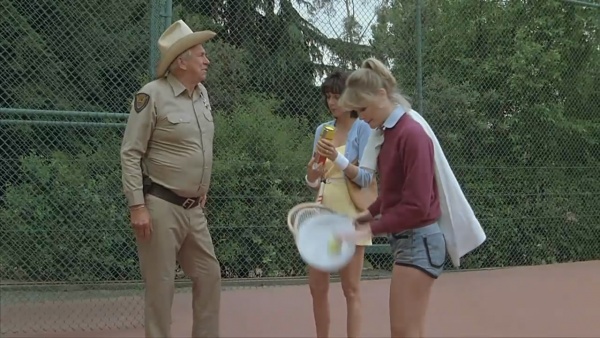 Newfield chats with Karen and Donna at The Colony's tennis court. His service revolver can be seen behind his arm. 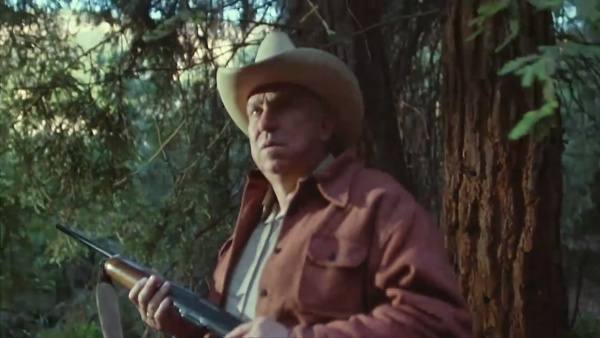 Sam with his 760 during the wolf hunt. This shot is reversed, as the rifle's ejection port appears on the left side of the receiver. 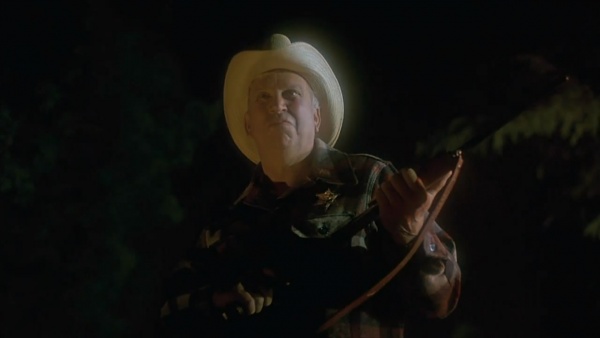 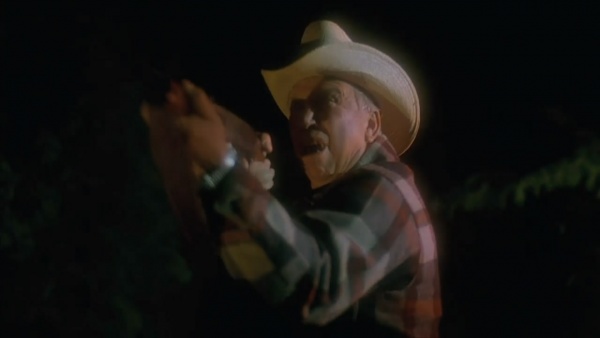 Bill Neill (Christopher Stone) owns a Savage Model 99C which he uses during the wolf hunt. 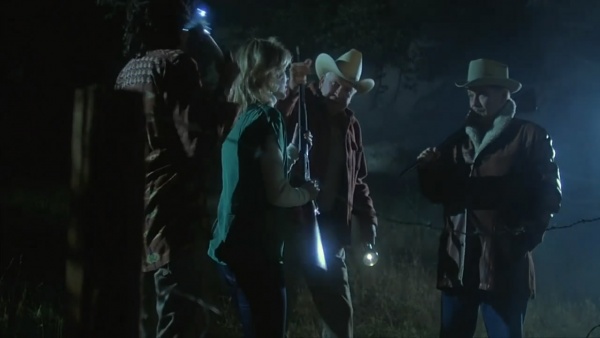 Karen White (Dee Wallace) with her husband's 99C while investigating the howling noises in the woods. 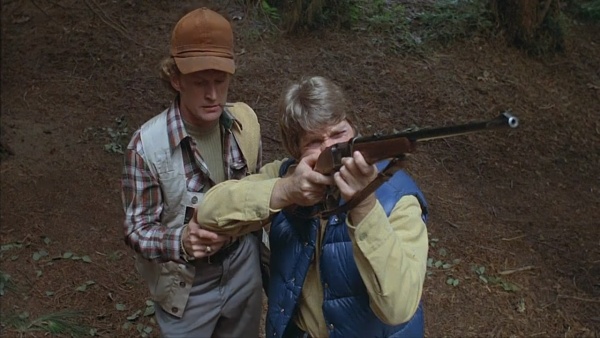 One of the other guests at The Colony shows Bill how to use the Savage.

One of the residents at The Colony carries a Winchester Model 70 Super Grade bolt-action rifle. 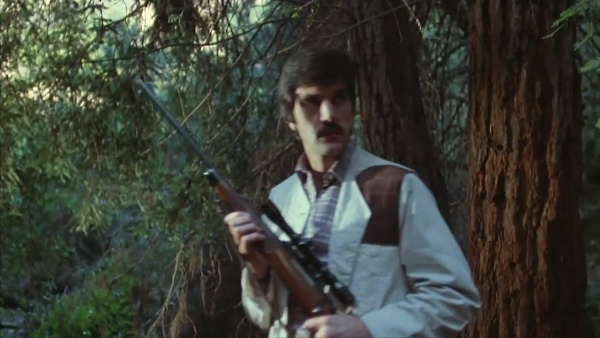 The Colony resident with a Winchester Model 70. This is part of the reversed shot from before, causing the bolt to appear to be on the wrong side of the rifle.

One of the residents at The Colony is seen using a Griffin & Howe sporterized M1903 Springfield rifle (distinguishable by its distinctive rear sight). 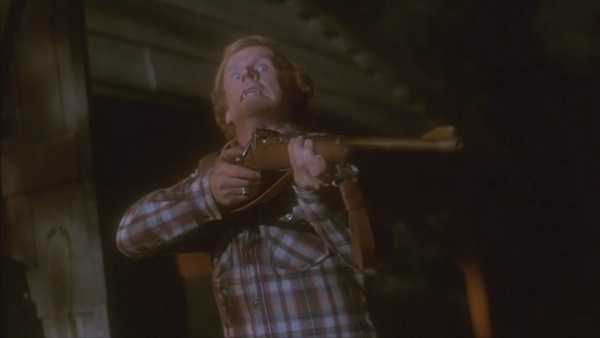 Chris Halloran (Dennis Dugan) uses a Parker-Hale Sniper Rifle bolt-action rifle chambered in .30-06 near the end of the film. 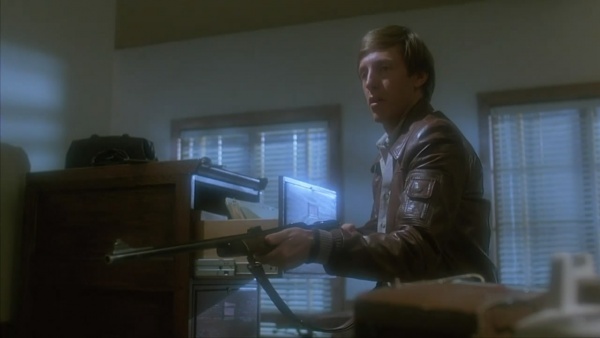 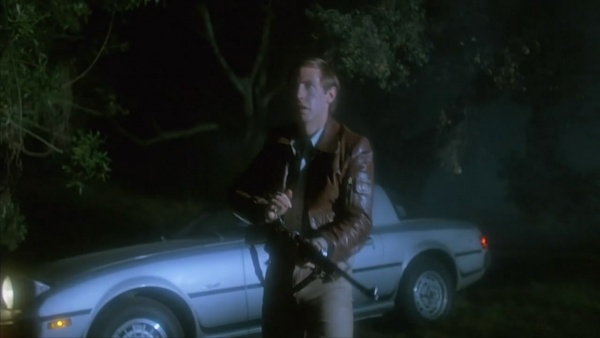 Chris cycles the bolt on his Parker-Hale. 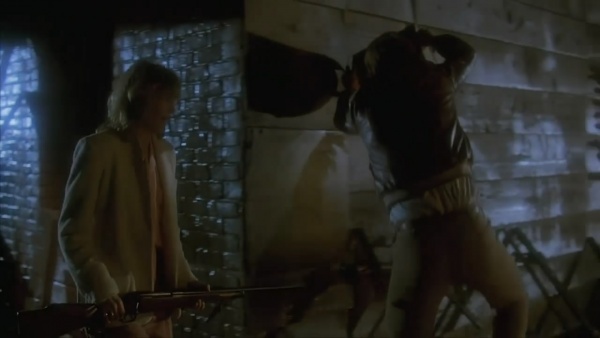 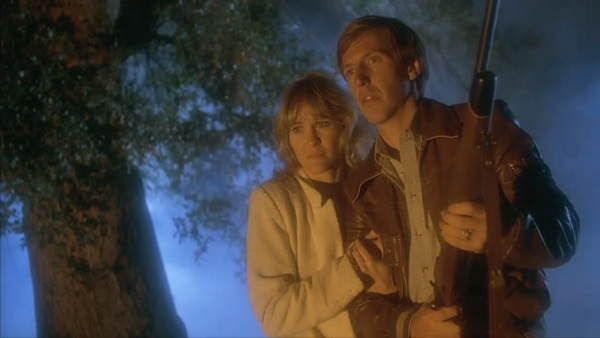 Holding his Parker-Hale, Chris watches the flames with Karen. 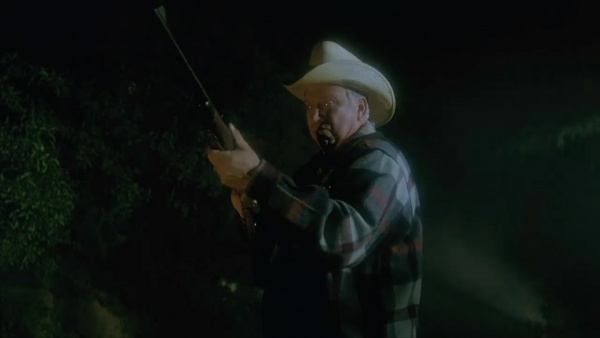 In a continuity error, Sam's Remington 760 briefly turns into a Parker-Hale rifle.

Before he heads up to The Colony, Chris stops by a bookstore that he and Terri Fisher (Belinda Balaski) had visited earlier in the film, where he picks up a box of .30-06 bullets that the store owner Walter Paisley (Dick Miller) had special ordered for another customer. 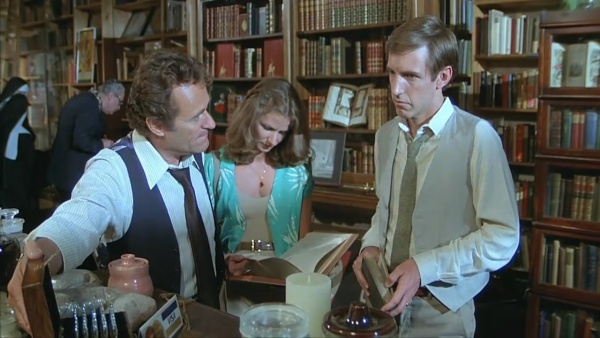 Paisley shows off the box of silver bullets, explaining how the original buyer was unable to pay, leaving him with a box of expensive, impractical ammo that he can't seem to sell. 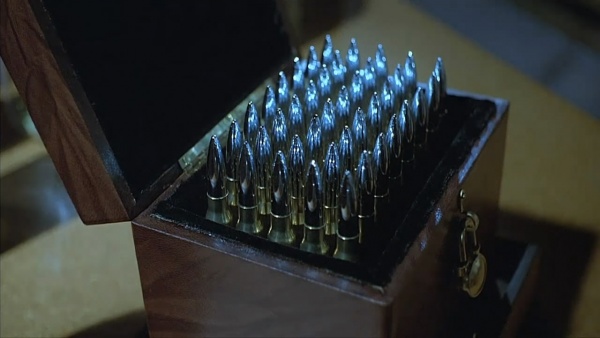 A closeup of the silver bullets.
Retrieved from "https://www.imfdb.org/index.php?title=Howling,_The&oldid=1202166"
Categories: