Gabe Logan is seen holding an M4A1 carbine on the game's cover page, fitted with an ACOG scope and vertical foregrip. The weapon can also be procured in various missions, most notably those set on the St. Helens.

Seen in the hands of Syrian terrorists, the AK-47 can be used on missions set in the St. Helens, and is also used by the Spetsnaz, Russian Special Forces, in Azerbaijan. Players can acquire it when storming Bitar's bunker as well.

This weapon is an M-16 set to three-round bursts which has an underbarrel grenade launcher. This is by far the only instance where a Syphon Filter weapon actually has such an attachment.

Used by certain resistance soldiers in Episode 3 and train enemies in 'Left Behind'.

Used by Spetsnaz prison personnel in Episode 4, and train enemies also carry in in 'Left Behind'.

Can be found and used by completing Training 2 in record time.

Can be used by the player and enemies during the St. Helens investigation.

The Heckler and Koch G11, referred to the C11 as was the case in The Omega Strain and Dark Mirror, can be found and used in the game. Firing in fully automatic and semi-auto modes, it has a sniper scope, the latter being a standard feature in the Syphon Filter series. 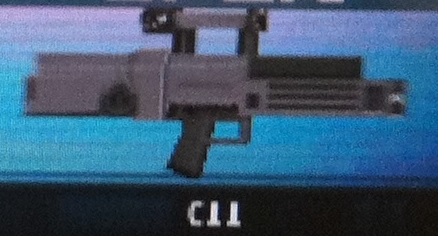 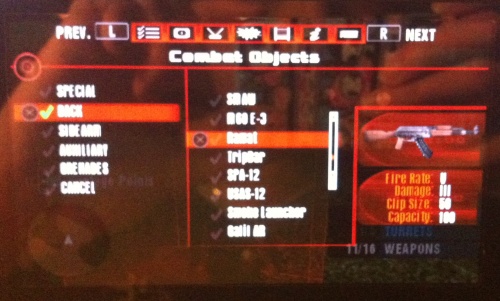 Heckler and Koch MP5 A3

This weapon is seen used by Spetsnaz and Syrian terrorists. Exactly how they came across such a firearm is simply mind-boggling.

The UMP can be used during the raid on Bitar's Bunker. Strangely, it is the only SMG that has a sniper-type scope. 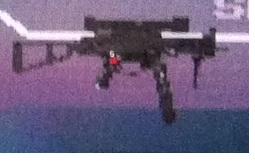 The P90 is a usable weapon in-game, seen in the hands of al-Jamil 'elite' guards in Bitar's dam.

The Spectre, which was used in The Omega Strain and Dark Mirror, appears in this game; it is held by al-Jamil thugs during the St. Helens investigation. 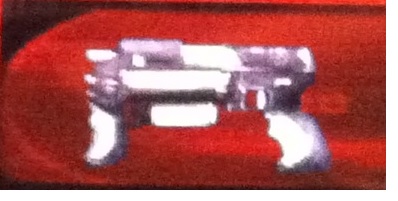 Also called 'The Pig', most bosses generally equip this weapon. When controlled by the player, it is needlessly underpowered as compared to the variant seen in The Omega Strain, which had 200 rounds per magazine; this particular model only has 40 rounds in comparison.

The Squad Automatic Weapon, although firing a lighter round than the M60's 7.62mm cartridge, is significantly more useful because of its 200-round magazine. The machine gun can optionally be used during the Spetsnax invasion of Azerbaijan and when Gabe raids Bitar's bunker to rescue Lian Xing.

This weapon can be used when Logan assaults Bitar's dam. 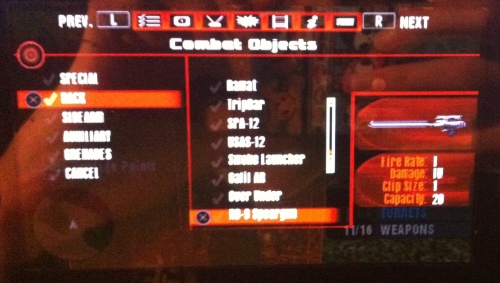 As was the case in previous Syphon Filter games except the first installment, the USAS-12 can be found and used. It is seen in the hands of al-Jamil guards who defend Bitar's bunker from aggressors; because of its fully automatic firing rate and the cramped quarters, this makes it devastatingly effective.

The sawed-off 12 gauge can be unlocked for use. Its reduced barrel length makes it ruinous during close-quarters confrontations but it is totally useless outside of point-blank distance combat.

This is a pump-action shotgun which can be used during the St. Helens investigation and when Gabe escapes from Gebel Tyorma.

This weapon can be found in Bitar's dam.

The Winchester 1300, referred to as the Shot Defender, is used by Spetsnaz personnel on a transport jet.

Only seen in the hands of non-playable characters in story mode, but usable in multiplayer, the SMAW fires a rocket that demolishes lightly armoured targets upon impact.

The Multi Grenade Launcher can be used during a bonus mission and in multiplayer. 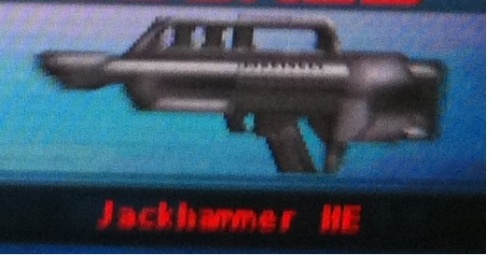 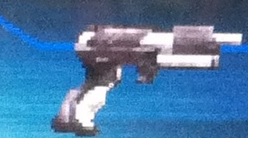 The Mk 23 is Gabe's default pistol in every mission, unless it is set in an underwater area or the player has physically swapped it for another handgun. This particular variant is equipped with an integral suppressor that can never be removed, making it a great weapon for stealth scenarios.

The Five Seven is seen under the name 'SP-57', which was a convention all the way from The Omega Strain.

This is available in 3 distinct calibers.

The 'Silenced .44', which has a sniper scope and a suppressor. This particular variant can be used by players but not enemies.

A similar model called the 'Desert Eliminator .357' is an enemy-exclusive weapon. It possesses the same scope but no silencer and uses a different round as well.

A third model is the 'Desert Express .50', which can only be used in multiplayer. 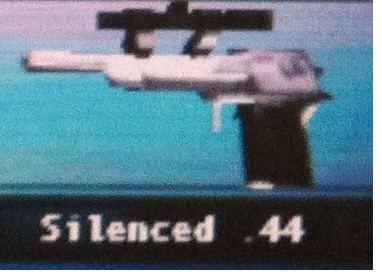 Syrian terrorists who storm the St. Helens are armed with this pistol.

The Glock pistol is used by Spetsnaz and Trinidad, the latter always carrying them in a dual-wield fashion. Most of the IPCA members also seem to carry it, their variant painted black. 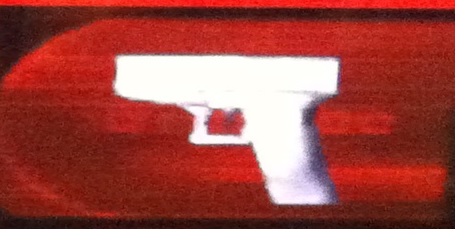 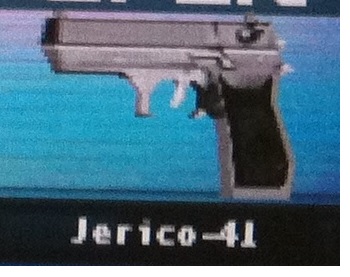 This automatic handgun can be unlocked and used as was the case in Dark Mirror. It is equipped with a suppressor that can never be removed. 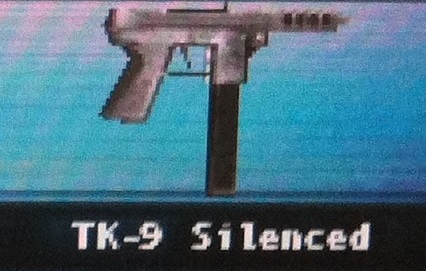 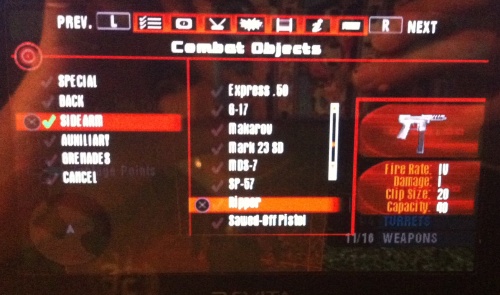 Usable through a couple of missions, this weapon fires infinite munitions but has a cool-down time when used in a fully automatic fashion. It is most notably used to sabotage the St. Helens' Phalanx CIWS at the start of the very first level. 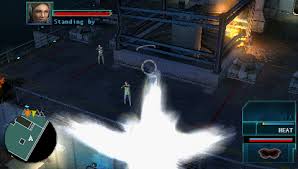 A set of Close-In Weapon Systems here being destroyed by Gabe, the latter controlling a turret of indeterminate description.

The flashbang canister is available for use; it produces a dazzling, blinding flash and a deafening bang as per its namesake. Only capable of incapacitating enemies, it is impossible to kill with it.

The M67 grenade is a lethal device that kills enemies from its generated explosion. 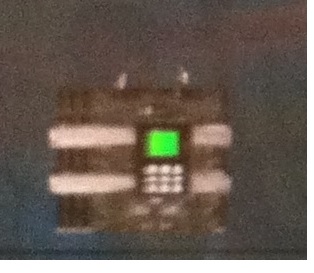 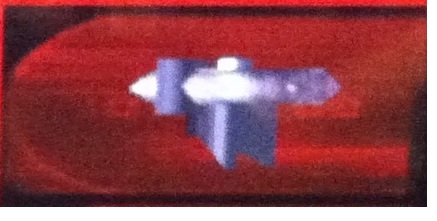 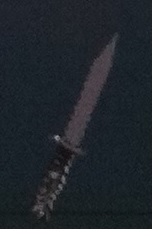