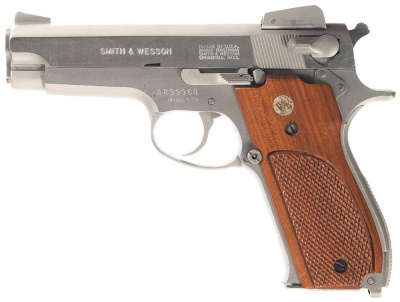 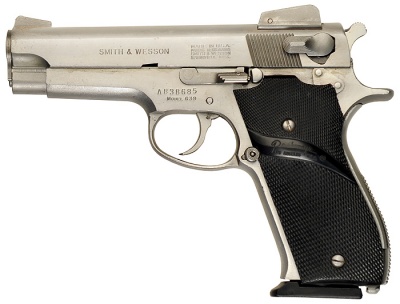 Smith & Wesson 639, early model with Pachmayr grips - 9x19mm. This is the Screen used 639 carried and fired by Harvey Keitel in the film Reservoir Dogs. 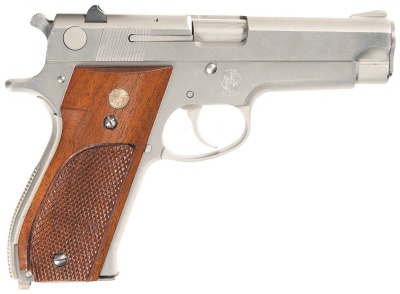 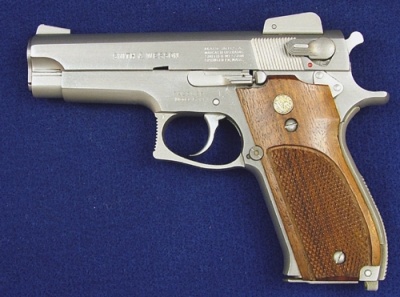 The Smith & Wesson 639 and variants can be seen in the following films, television series, video games, and anime used by the following actors: