Seven Old Men and a Girl (Sem starikov i odna devushka) is a Soviet 1969 (filmed 1968) made for TV comedy directed by Yevgeni Karelov. A young woman Elena Velichko (Svetlana Savyolova) is a coach in a sports club. She has to work with a so-called "group of health", six middle age men whom Elena thinks to be too old and unpromising. But due to the sympathy between Elena and a student Volodya Tyupin (Valentin Smirnitskiy) who joins the group, the men try their best to be successful and united in a friendly team.

The following weapons were used in the film Seven Old Men and a Girl (Sem starikov i odna devushka): 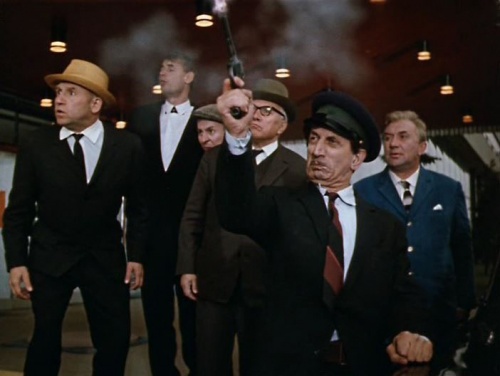 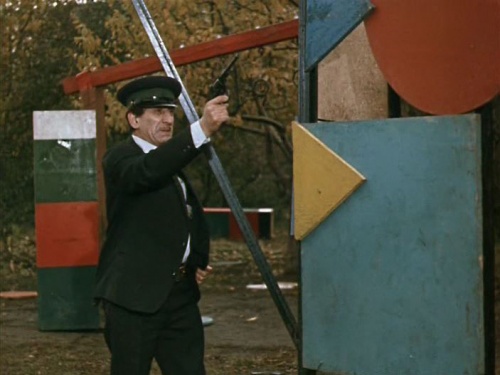 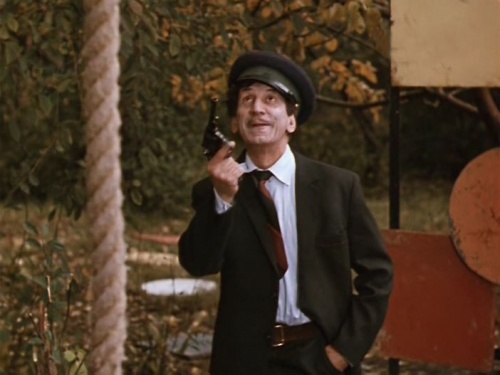 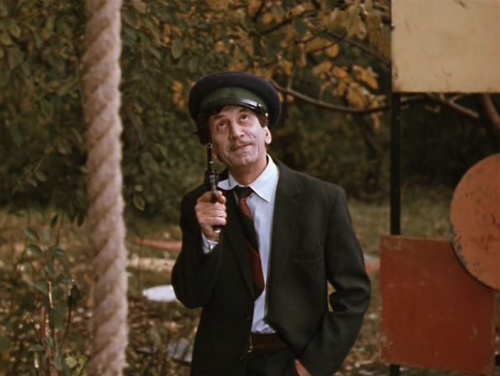 He watches with interest as the second robber tries to escape by climbing on a sporting rope.

A TT-33 is seen in hand of Sergey Sergeevich Anisov (Aleksandr Beniaminov) when he dreams about his chase after Fantômas. In the climactic scene two robbers (Yevgeny Morgunov and Yuri Nikulin) are armed with TT-33 pistols. One of two pistols of the first robber appears to be a wartime TT with typical checkered wood grips. 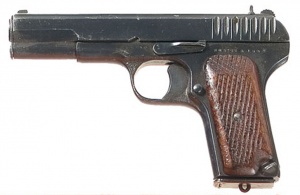 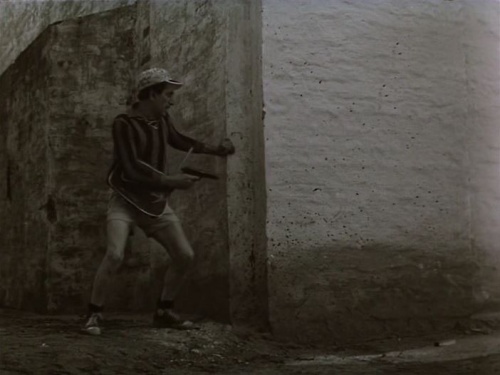 Anisov holds a TT in his fantastic chase after Fantomas. 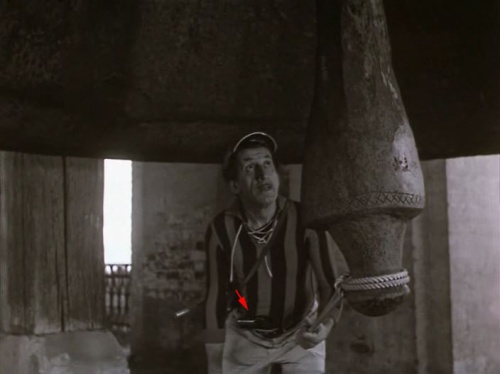 Anisov carries a TT at his belt in the same scene. 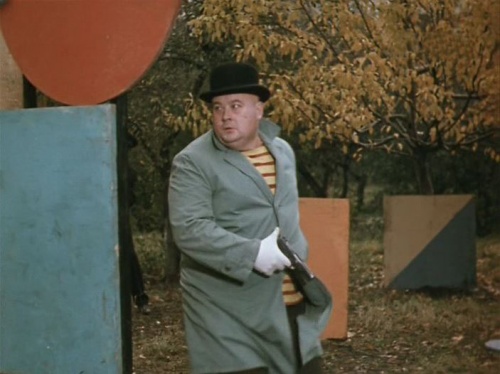 The first robber (Yevgeny Morgunov) with a TT. 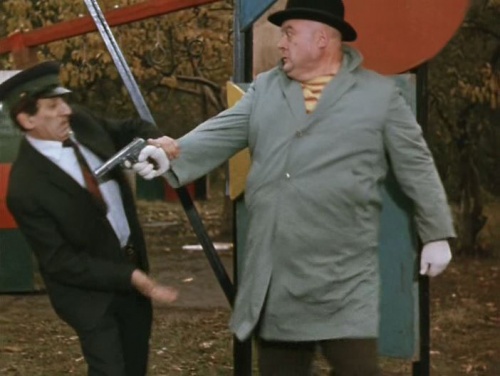 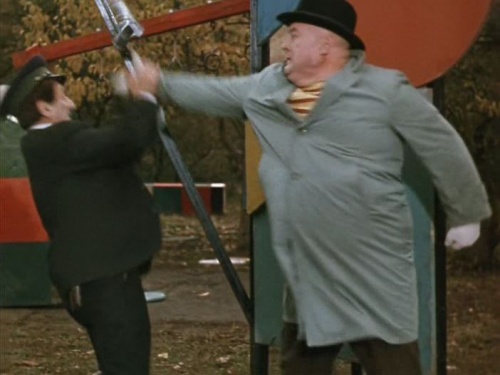 Anisov, hardened by the training in the sporting group, easily disarms the robber. 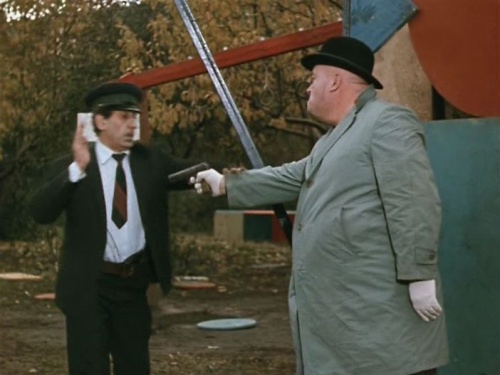 The robber draws another TT, with checkered wood grips, but Anisov again disarms him. 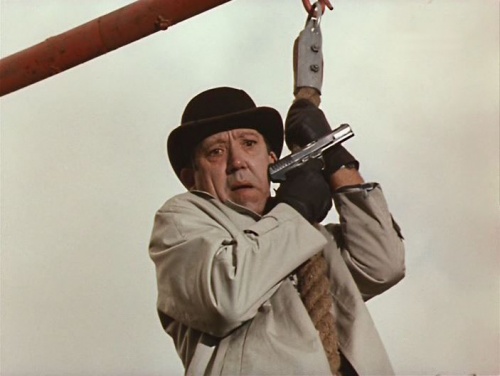 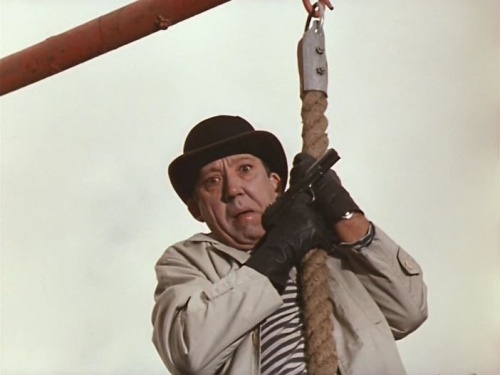 The second robber (Yuri Nikulin), also with a TT, tries to escape from Anisov by climbing on a sporting rope. 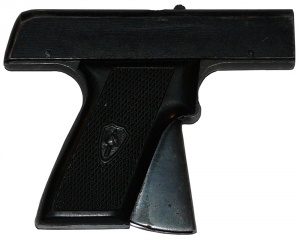 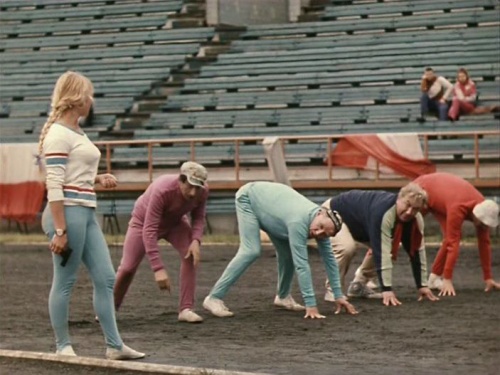 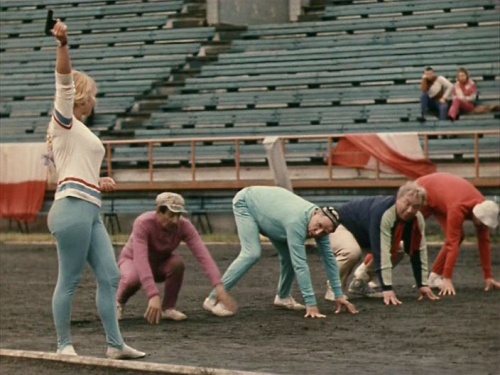