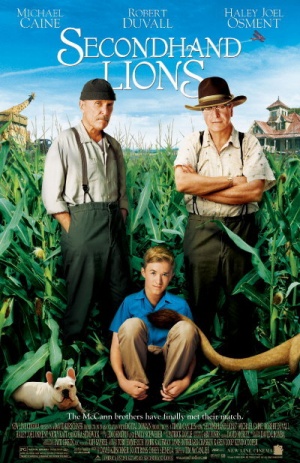 Secondhand Lions is a 2003 comedy drama that follows Walter (Haley Joel Osment), an impressionable 14 year old who dropped off to spend the summer with his two eccentric great-uncles (Robert Duvall and Michael Caine) on their Texas farm. When an old photograph is found, the two uncles spin a fanciful story of their adventures in their younger years.

The following weapons were used in the film Secondhand Lions:

An assassin can be seen briefly with a Mauser C96

An Ithaca 37 Featherweight shotgun is used by Hub (Robert Duvall) throughout the film. 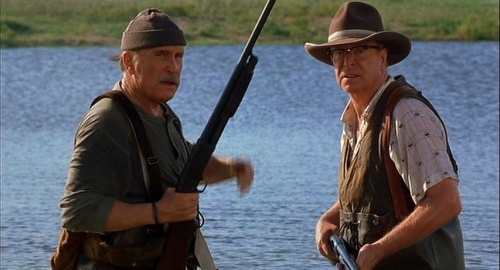 An Ithaca 37 Featherweight is used by Hub (Robert Duvall) as he and Garth (Michael Caine) are seen fishing with their shotguns.

Garth (Michael Caine) uses a Winchester Model 1912 shotgun throughout the film, first seen in the pond when the brothers are shooting at a large bass right before meeting Mae (Kyra Sedgewick) and Walter (Haley Joel Osment). 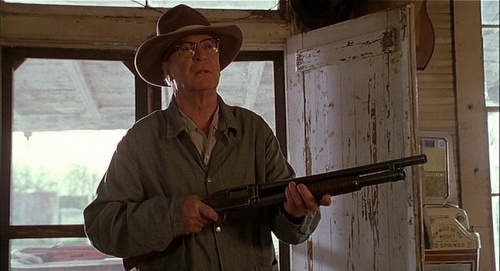 Garth (Michael Caine) holds his Model 12 at the Gas Station Diner after Hub gets into a fight.

After purchasing a "retired" circus lion, Garth (Michael Caine) is seen with a pre-1964 Winchester Model 70 rifle as he and Hub talk about hunting. Hub (Robert Duvall is seen with a more modern model. 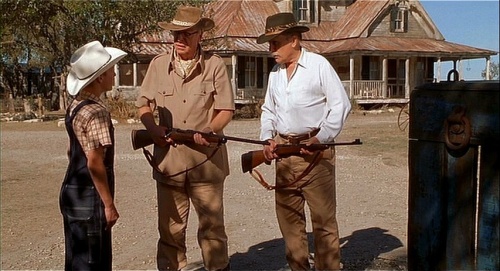 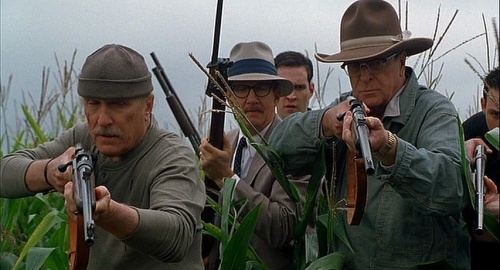 When the lion escapes from his cage and Walter chases after it, Garth and Hub along with several others take up rifles and shotguns in pursuit. Ralph (Michael O'Neill) is seen with a Lee-Enfield No. 1 Mk III* bolt-action rifle fitted with a bayonet.

In the background, Ralph (Michael O'Neill) is seen with a Lee-Enfield No. 1 Mk III* bolt-action rifle fitted with a bayonet.

During the lion escape, two of the relatives hold a M1 Garand