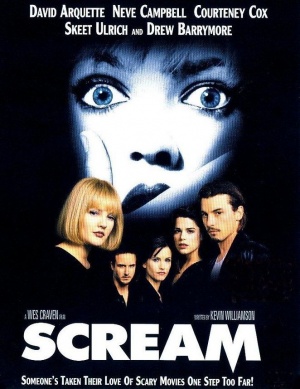 Scream is a 1996 horror film directed by Wes Craven and written by Kevin Williamson. The film follows high school students who appear to be stalked by a mysterious killer who seems to be following the clichés found in various "slasher" movies of the genre. The film would spawn a series of feature film sequels, an MTV television series, and would itself be parodied in the Scary Movie series of films.

The following weapons were used in the film Scream (1996):

Deputy Dwight "Dewey" Riley (David Arquette) holds the Beretta at the front of the house.

Gale with the freshly fired Beretta. 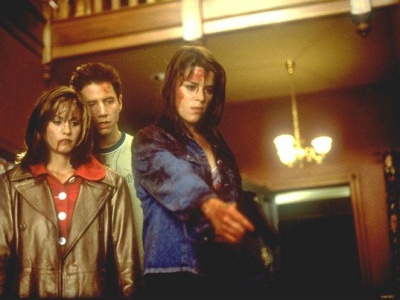 A production image of Neve Campbell holding the Beretta.