Robert Englund pulls a nickel M1911A1 as Smiley in The Adventures of Ford Fairlane. 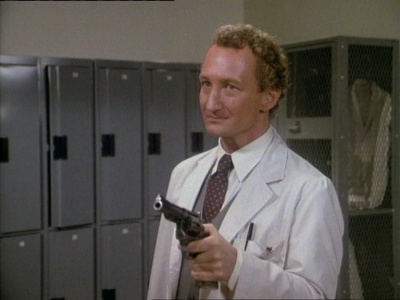 Robert Englund is an American actor who is best known for his role as Freddy Krueger in the original Nightmare on Elm Street series of films. Before taking on the iconic role, Englund was perhaps best known to genre audiences for his role as the visitor Willie in V: The Original Miniseries in addition to the sequel series and subsequent television series.