The Glock 17 pulls out the policeman on the highway.

Hitman "Górski" (Marek Kossakowski) used a Beretta 92FS pistol with a suppressor even without.

Beretta 92FS lies on the ground beside the hitman's hand.

"Despero" (Marcin Dorocinski) in one scene is seen also with a Walther P99.

"Despero" (Marcin Dorocinski) receive a Walther P99 from one of mobsters.

"Despero" aims an this pistol at the next mobster. 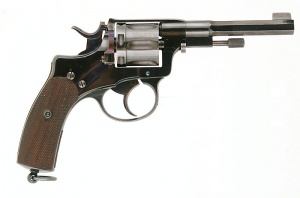 Some of Polish SWAT members are armed with a PM-98 submachine gun. Also "Despero" (Marcin Dorocinski) and "Quantico" (Rafal Mohr) are seen with this weapon.

A member of Polish SWAT on the highway aims his PM-98.

Several Russian and Polish SWAT members are seen with the AKS-47 assault rifles.

A member of FSB commando (Russian SWAT) is armed with AKS-47.

The AKS-47 holds also one of Polish SWAT men on the highway.

Polish SWAT is equipped with a CZ 550 sniper rifle.

"Metyl" (Krzysztof Stroinski) is armed with an unidentified shotgun.

"Metyl" (Krzysztof Stroinski) is going to take action with the shotgun in hand.

"Metyl" (middle) holds his shotgun on his shoulder.