Pharaoh's Army is a 1995 Western movie directed, written, and produced by Robby Henson, and starring Chris Cooper, Patricia Clarkson, and Kris Kristofferson. During the American Civil War, a small unit of Union troops under the command of Captain John Hull Abston (Cooper) is sent to gather supplies from Kentucky farmers who support the Confederacy. The soldiers arrive at the homestead of Sarah Anders (Clarkson,) who lives with her teenage son while her husband is a Confederate soldier.

The following weapons were used in the film Pharaoh's Army:

Captain John Hull Abston (Chris Cooper) and his four men, Corp. Neely (Frank Clem) and Pvts. Chicago (Robert Joy), Rodie (Richard Tyson), and Newt (Huckleberry Fox), carry Remington 1858 New Army revolvers. Capt. Abston and Chicago have blued revolvers, while the three other men have revolvers with brass frames. It should be noted that no brass framed Remingtons were ever manufactured in the 19th century. The guns used in this film are modern, unauthentic creations by Italian replica manufacturers such as Pietta. 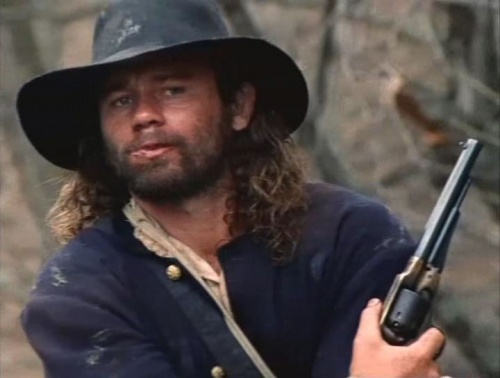 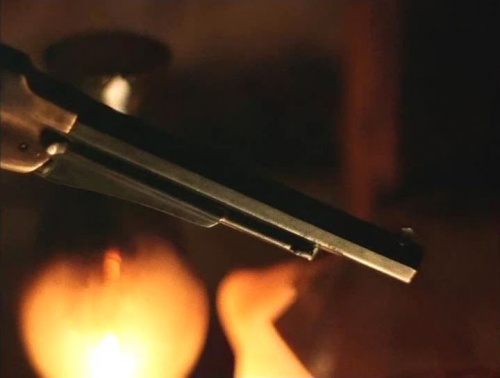 Mrs. Anders' son (Will Lucas) steals the brass-framed revolver from Newt as he lies unconsciousness. 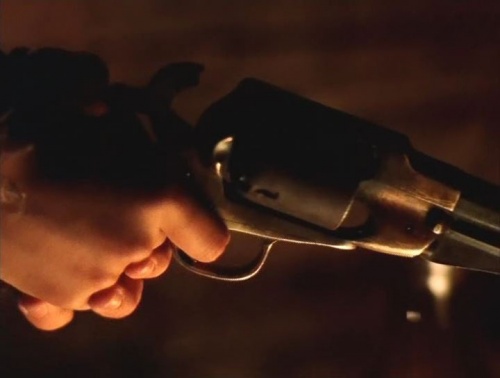 The boy cocks the hammer and aims the revolver at Newt. 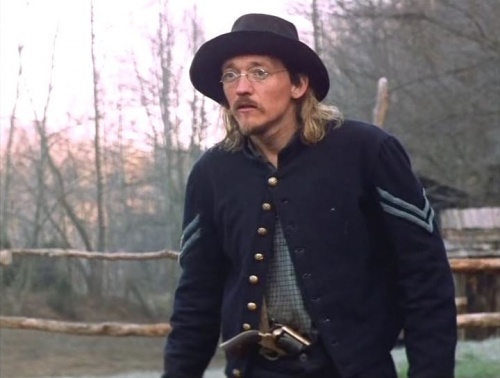 Neely carries his brass-framed revolver tucked into his belt. 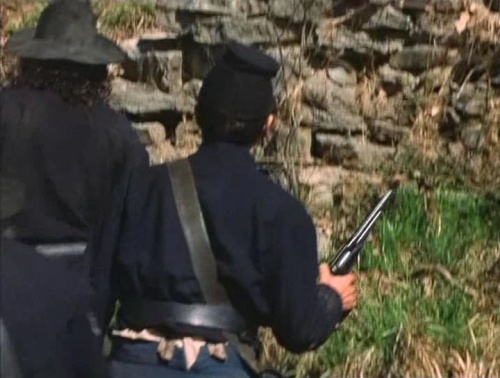 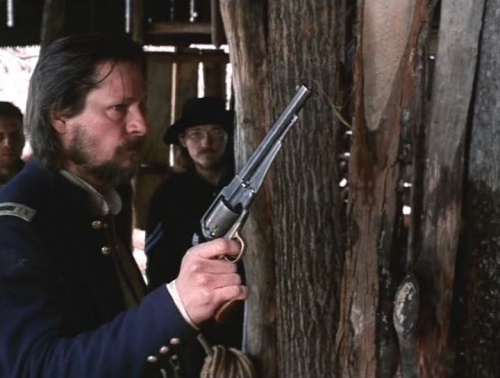 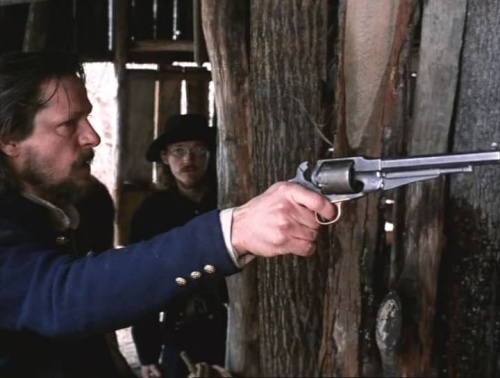 He aims at the deserter Rodie. 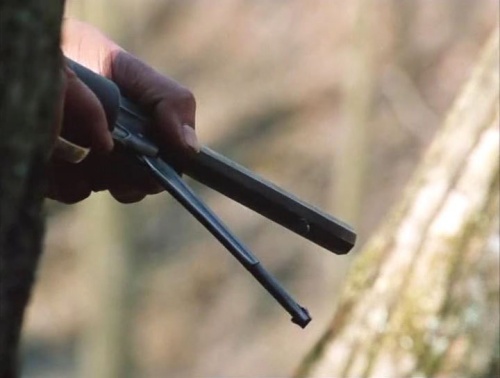 Abson replaces the empty cylinder of his revolver with a loaded one during the hunt for the sniper. 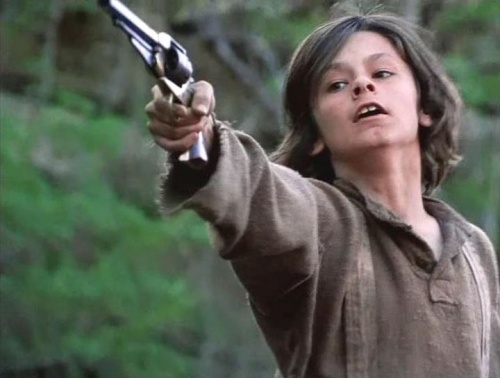 The boy fires after the departing squad. 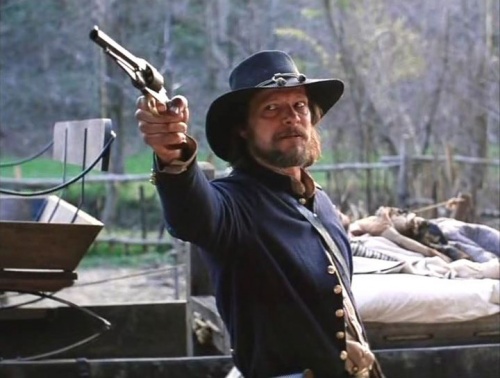 An enraged Abston aims his revolver at Sarah and her son.

Newt is initially seen with a Colt 1860 Army, but when Sarah's son steals Newt's revolver, it switches to a Remington 1858. 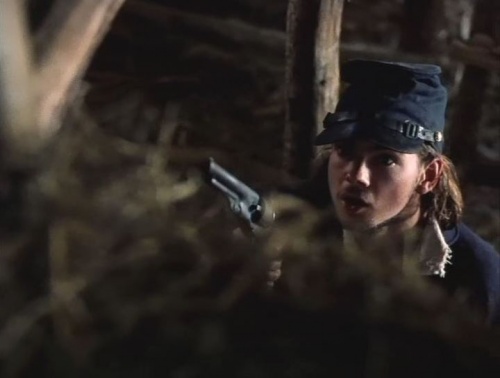 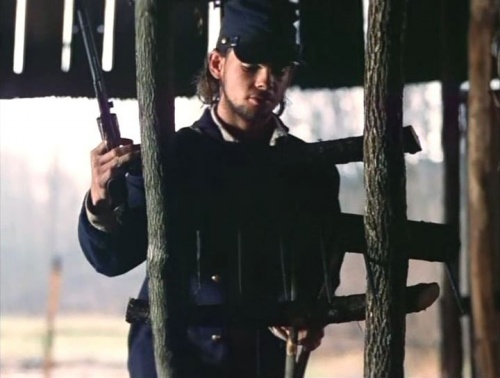 Newt climbs the ladder with his revolver in hand. 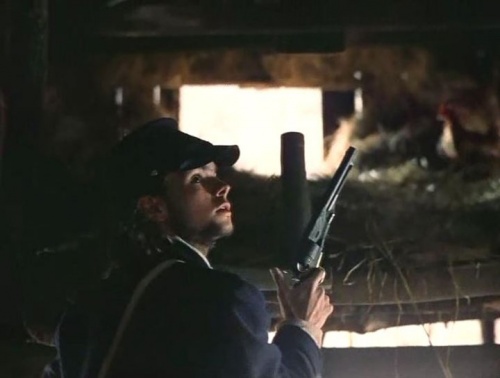 A good view of Newt's Colt. 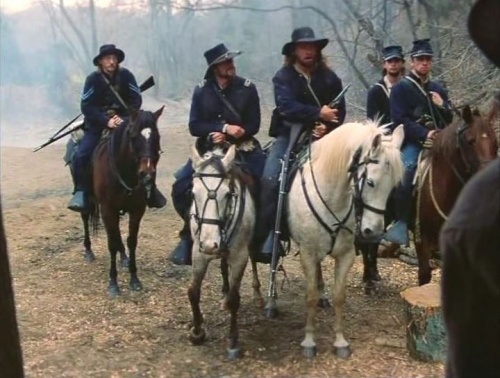 Rodie carries the Springfield 1863 attached to his saddle. Such way of carrying of a long infantry rifle would definitely lead to the clogging of the muzzle. Neely carries his rifle on sling at the background. 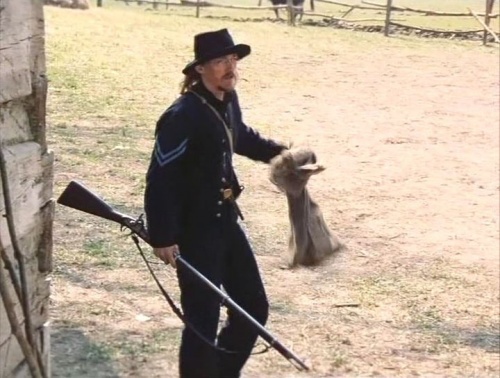 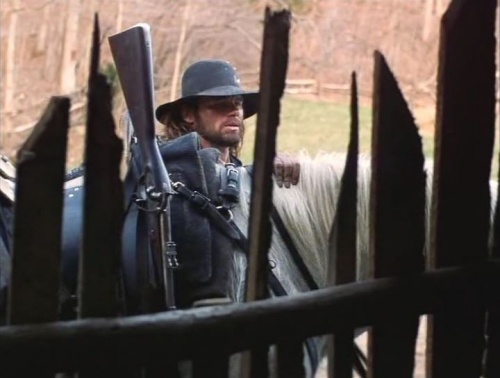 Rodie's rifle is attached to the saddle. 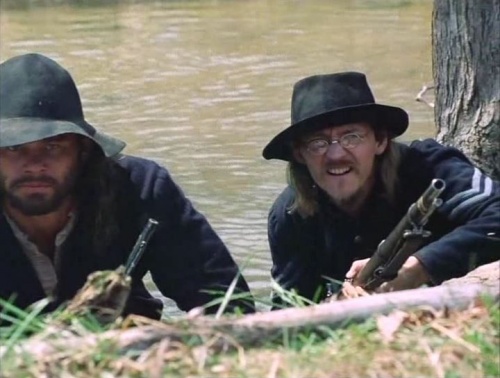 The barrel of Neely's rifle is seen. 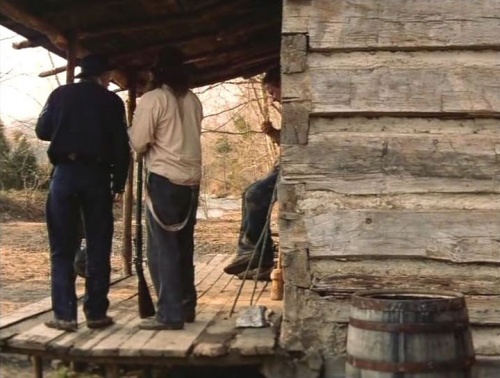 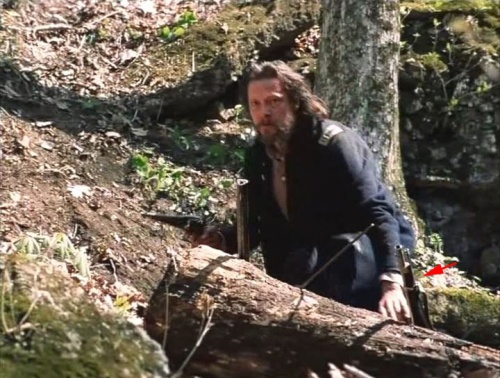 The fleeing sniper leaves two rifles, one of which is a Springfield. 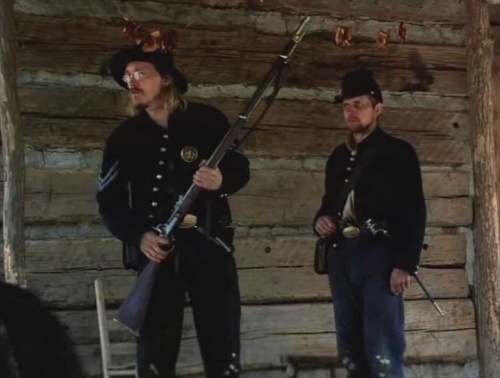 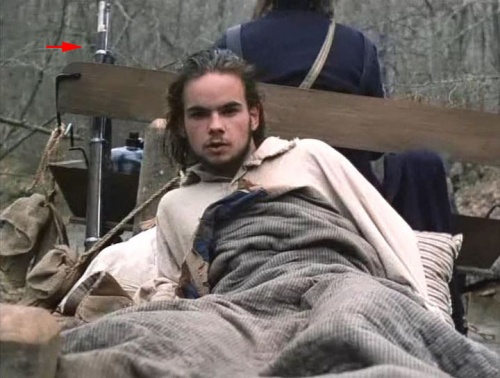 A Springfield is seen in the cart next to a wounded Newt. 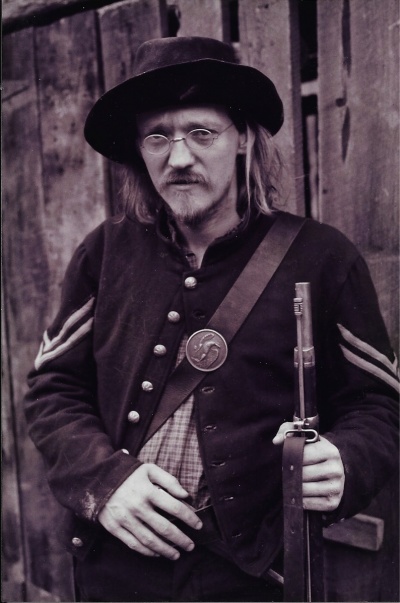 Neely (Frank Clem) holds a Springfield 1863 on a promotional image. The screw-retained barrel band is seen.

Sarah Anders (Patricia Clarkson) owns a flintlock long gun that looks like a kind of Jaeger Rifle. A similar rifle also used by the sniper. 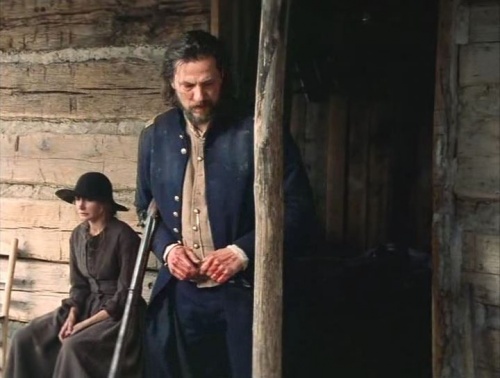 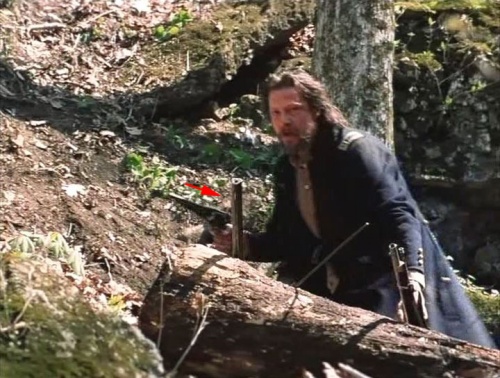 A similar rifle, left by the sniper, leans against the log. 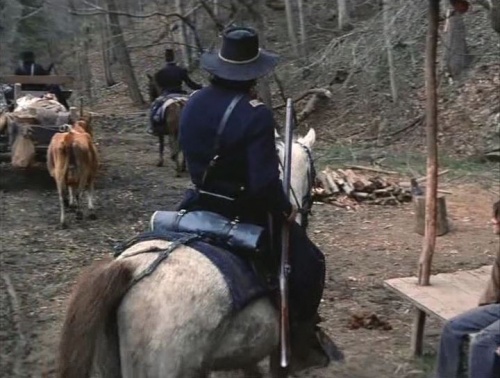 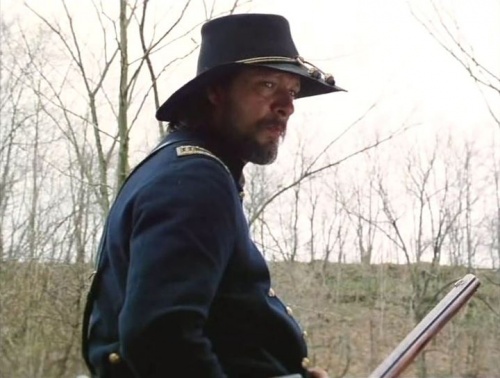 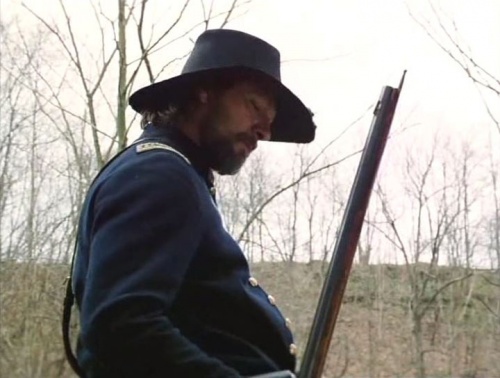 He returns the rifle. 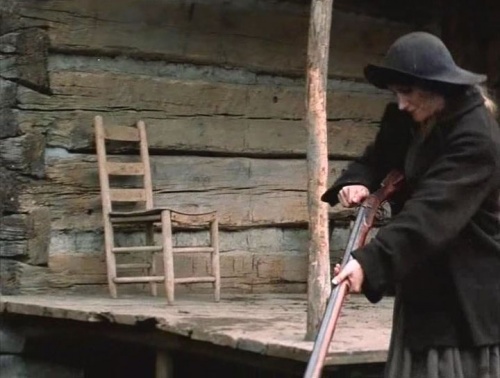 Mrs. Anders grabs the gun in an attempt to shoot Abston as he leaves. 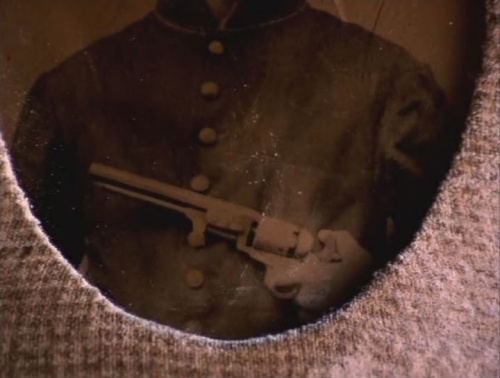 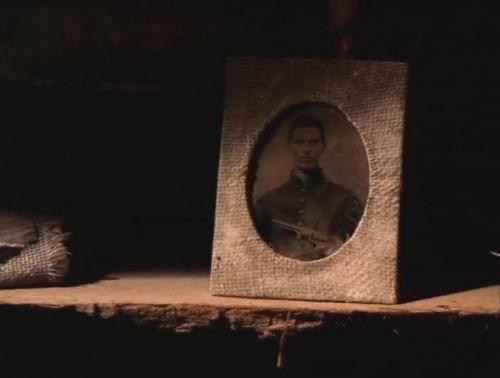 Mr. Anders holds a Colt 1851 Navy in a photo. This photo is supposed to be a genuine image of a participant of the Civil War.
Retrieved from "https://www.imfdb.org/index.php?title=Pharaoh%27s_Army&oldid=1488179"
Categories: