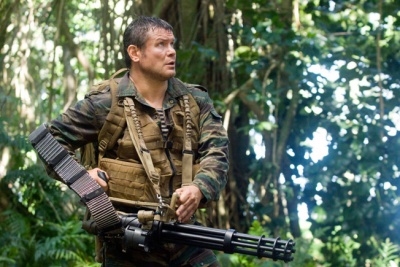 Oleg Taktarov is an (naturalized) American actor originally born in Sarov, Russia (formerly Arzamas in the Soviet Union) in 1967. He was a mixed martial artist champion and won multiple titles in Russia for various fighting styles. In the 1990s, he moved to America and became one of the first UFC champions. His nickname is "The Russian Bear" and he a well known star in his native Russia, having succeeded in starring in American films with many "A-list" actors, appearing in such films as 15 Minutes, Air Force One, Predators, and 44 Minutes: The North Hollywood Shootout. When not acting, he teaches a variant of Russian martial arts in his studio in Beverly Hills, CA.