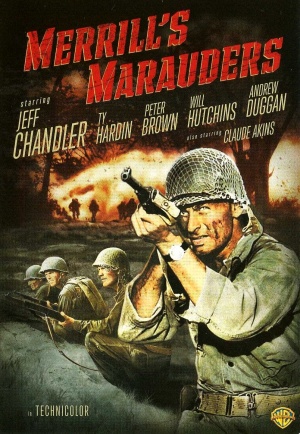 Merrill's Marauders was a 1962 World War II film that tells the true story of a special American unit that conducted raids deep inside Japanese-occupied territory in Burma during 1942. Directed by Samuel Fuller (The Steel Helmet, The Big Red One), the film co-starred Claude Akins and Peter Brown and was made with the cooperation of the United States military. Jeff Chandler starred as General Merrill and sadly passed away a year before the film was released.

The following weapons were used in the film Merrill's Marauders:

The M1 Garand is the main rifle carried by the Marauders.

The M1 Garand is used by Bullseye (Peter Brown).

The M1 Garand is fired by Bullseye (Peter Brown).

The M1 Carbine is carried by several officers, including Gen. Frank D. Merrill (Jeff Chandler) and 2nd Lt. Lee Stockton (Ty Hardin). Sgt. Kolowicz briefly uses one which was given by Stockton when his M1928A1 Thompson jams.

World War II Era M1 Carbine, with Dark Walnut Stock, 'L' peep sight and no bayonet lug - correct for most of WWII, shown with khaki sling and oiler and a period twin magazine pouch for buttstock

Sgt. Kolowicz (Claude Akins) firing the M1 Carbine given to him by 2nd Lt. Lee Stockton (Ty Hardin) when the M1928A1 Thompson jams.

The Arisaka Type 99 was one of the main battle rifles used by the Japanese Army.

The M1928A1 Thompson is the main weapon used by Sgt. Kolowicz (Claude Akins).

The M1928A1 Thompson being fired by Sgt. Kolowicz (Claude Akins).

Sgt. Kolowicz fires the M1928A1 Thompson at the Japanese before it gets jammed.

The Browning Automatic Rifle is one of the weapons seen in the hands of the Marauders.

The Browning M1917 water-cooled machine gun is the heavy machine gun used by the Marauders. 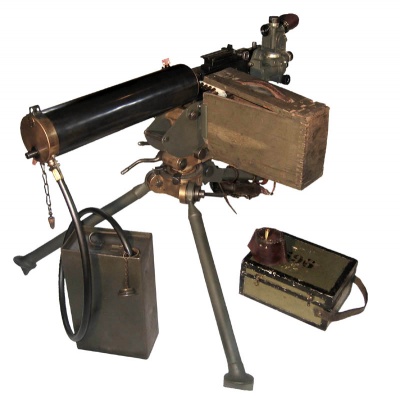 The Browning M1919A4 machine gun is also used by the Marauders.

The Browning M2HB machine gun is briefly seen used during the final battle. 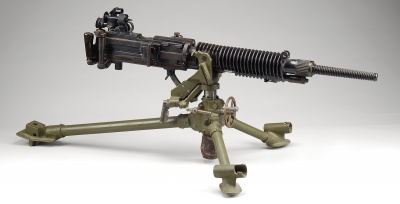