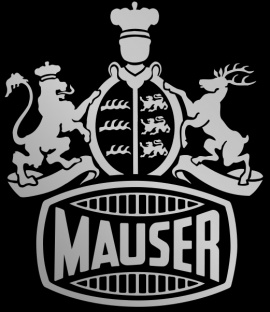 Mauser is a German arms manufacturer originally founded as Königliche Waffen Schmieden in 1811. The Mauser company was founded in 1874 by brothers Wilhelm and Paul Mauser. The company gained prominence through its manufacturer of the Mauser Gewehr 1871 for Prussia. Throughout the late 19th and early 20th centuries, Mauser manufactured a large number of weapons, including the hugely influential Gewehr 1898 and the famous Mauser C96. Following World War II, the Mauser plant was put to work manufacturing equipment for the depleted French military and many of the factory buildings themselves would later be demolished and many records made in the company's earlier years were destroyed by French occupation forces. Former Mauser engineers Edmund Heckler, Theodor Koch, and Alex Seidel salvaged what they could and would go on to form Heckler & Koch. In 1994, Mauser was acquired by Rheinmetall and would manufacturer heavy munitions and autocannons. In 1999, the manufacture of civilian hunting and sporting arms was split off from Rheinmetall.