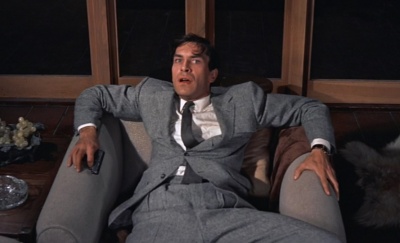 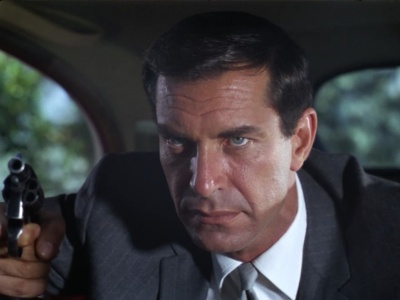 Martin Landau with a Colt Detective Special as Rollin Hand in Mission: Impossible.

Martin Landau (1928-2017) was an American actor well known for his roles as Rollin Hand in the series Mission: Impossible as well as Commander John Koenig in the sci-fi series Space: 1999. In addition, he appeared in such films as North by Northwest and Pork Chop Hill. He also was nominated for an Academy Award three times: for the films Tucker: The Man and His Dream, Crimes and Misdemeanors and Ed Wood, for which he received the Best Supporting Actor Award for his portrayal of the horror film star Bela Lugosi. He passed away at the age of 89 on July 15, 2017.