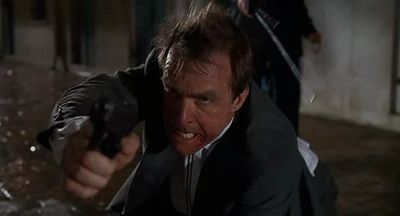 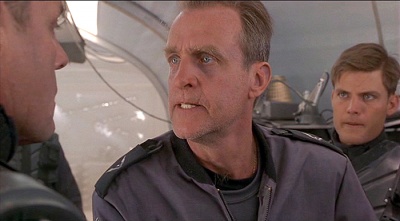 Marshall Bell is a towering character actor who has done drama over the years, though he as shown a penchant for comedy and "over the top" characters. He ironically appears in many movies and television shows with lots of guns, however, he himself rarely wields a weapon, due primarily to being cast as a senior authority figure (rather than the lower level 'combat' or street level operatives). These type of roles include General Owen in Starship Troopers, General Morgan in Robert A. Heinlein's The Puppet Masters, George/Kuato in Total Recall, Q.V. in Air America, Colonel Peterson in Operation Dumbo Drop. He has also appeared in such series as The X-Files, Deadwood, Wiseguy and G vs E.