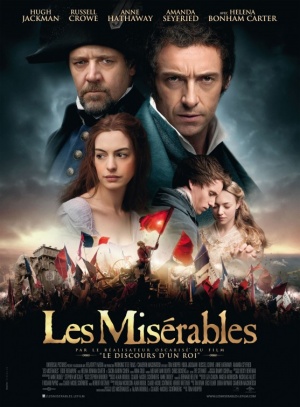 The following weapons were used in the film Les Misérables (2012): 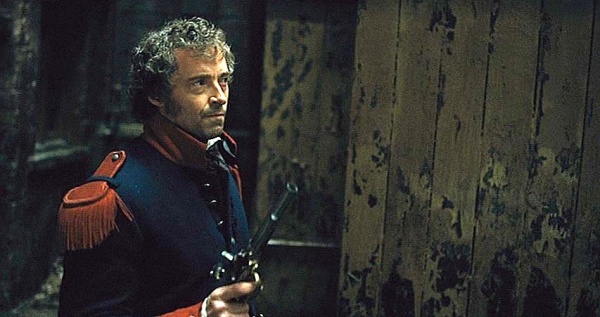 Jean Valjean (Hugh Jackman) holds the pistol during a confrontation. 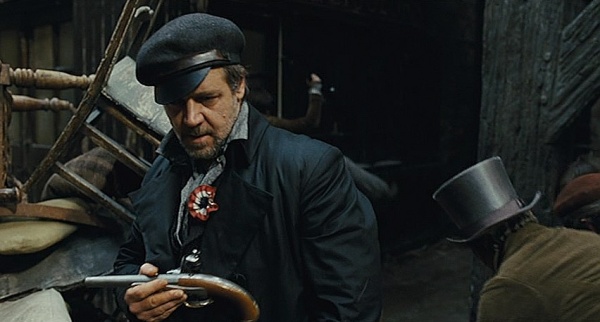 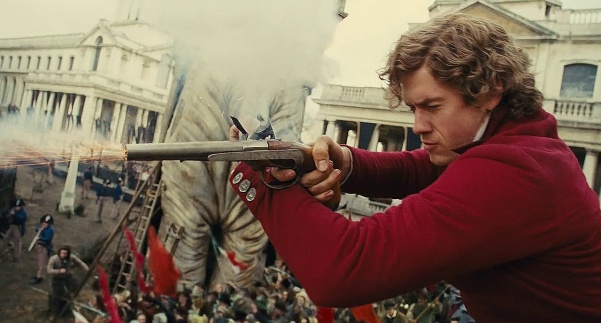 Enjolras (Aaron Tveit) fires a Model 1777 flintlock pistol. Note the belt hook along the left side of the gun which was fitted to early models. 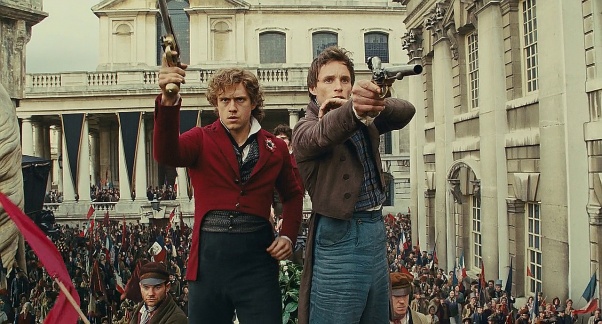 On the right, Marius Pontmercy (Eddie Redmayne) and on the left, Enjolras (Aaron Tveit) use Model 1777 Cavalry Officer Flintlock Pistols. 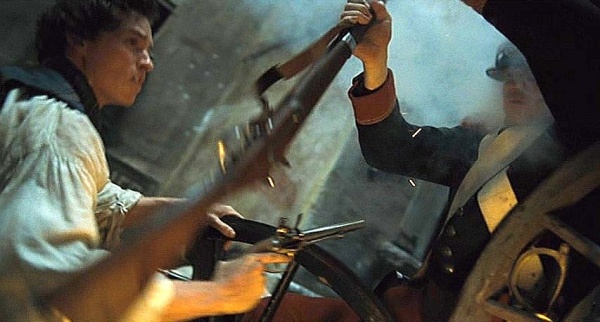 The pistol is fired at close range. 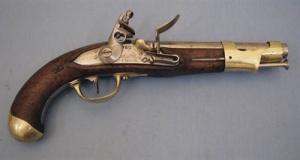 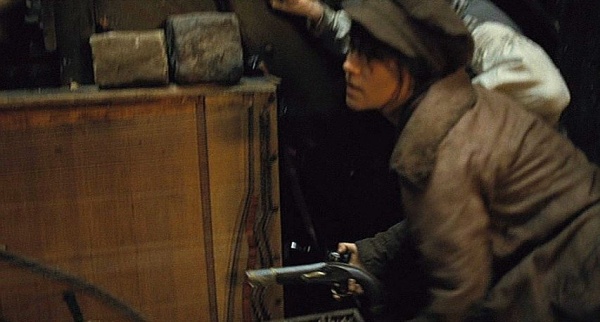 The pistol is seen.

An XIII Cavalry Pistols also appear, most notably when one is stolen from the belt of a revolutionary by Thénardier (Sacha Baron Cohen) and given to Madame Thénardier (Helena Bonham Carter). 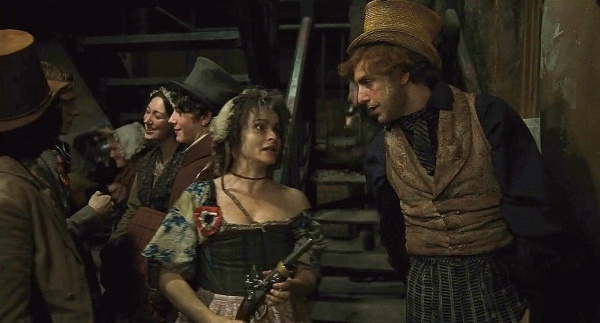 Charleville Muskets are seen in the hands of French troops and revolutionaries. 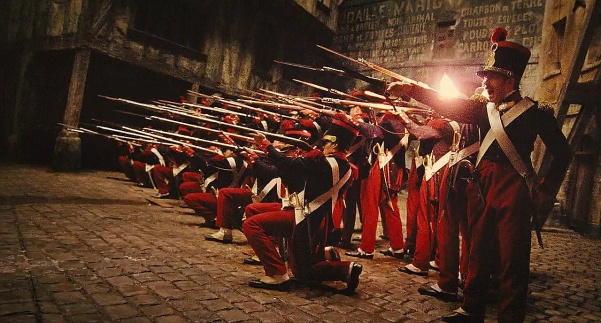 Charleville Muskets are seen in the hands of French troops. 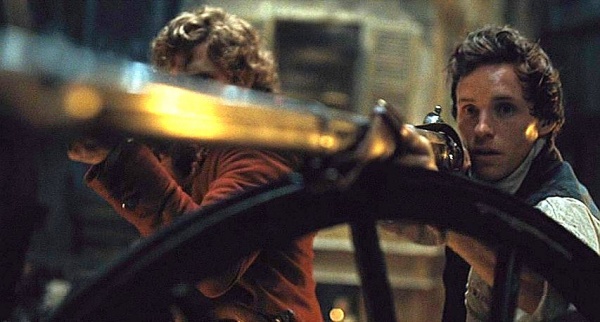 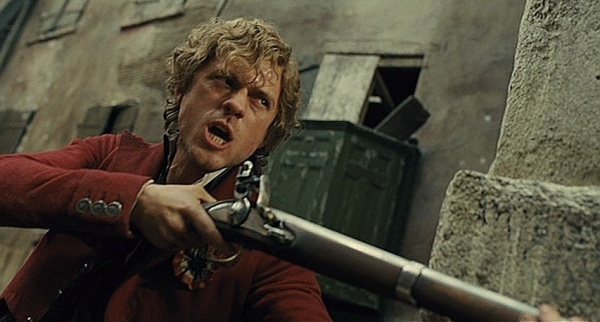 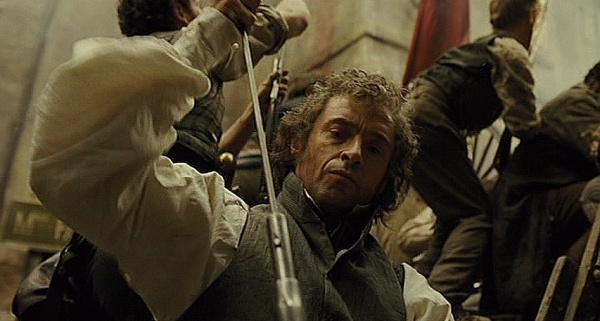 Also used are the Model 1777 Cavalry Carbines. Most notably, this is the standard weapon carried by Enjolras (Aaron Tveit) at the barricade. 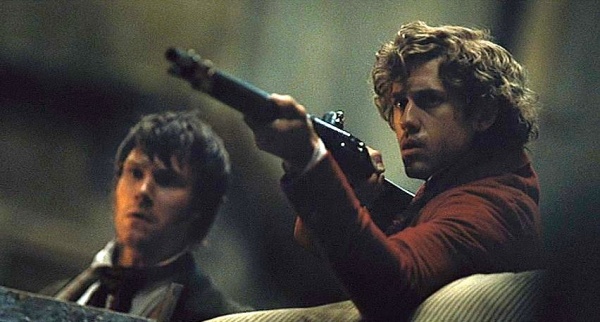 Also used are the Model 1777 AN IX Cavalry Carbines. During the final battle at the barricade they can be seen being used by Marius Pontmercy (Eddie Redmayne) and Enjolras (Aaron Tveit) after firing their original weapons. 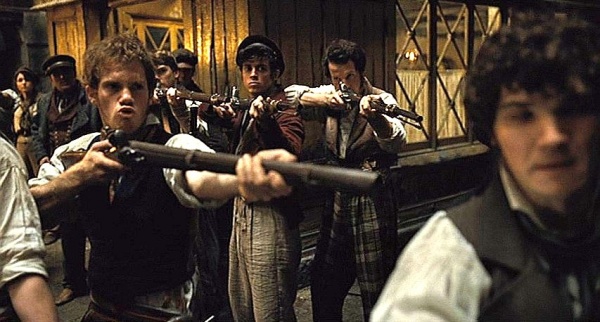 The carbine on the right.
Retrieved from "https://www.imfdb.org/index.php?title=Les_Misérables_(2012)&oldid=1520347"
Categories: