The following weapons were used in the film Johnny Mnemonic: 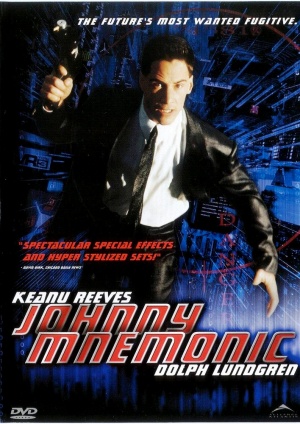 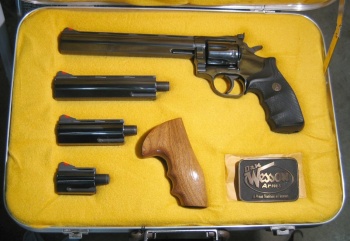 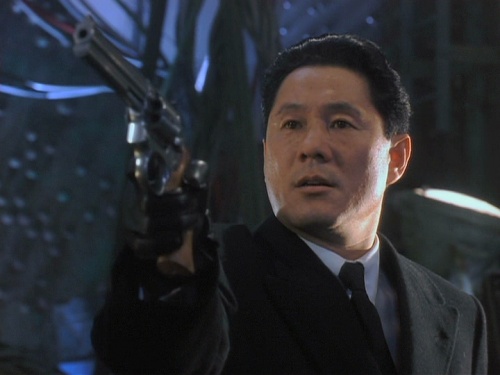 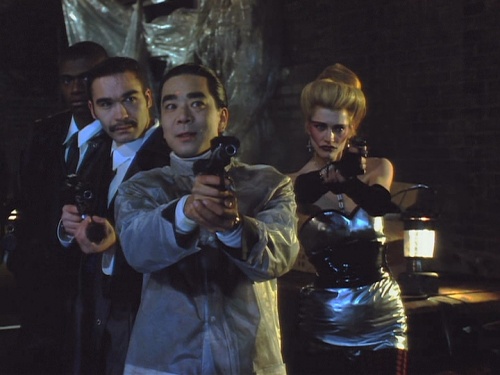 The scientists who store the information in Johnny's head are seen using Heckler & Koch MP5A2's when they are confronted by the henchmen of Shinji (Dennis Akayama). 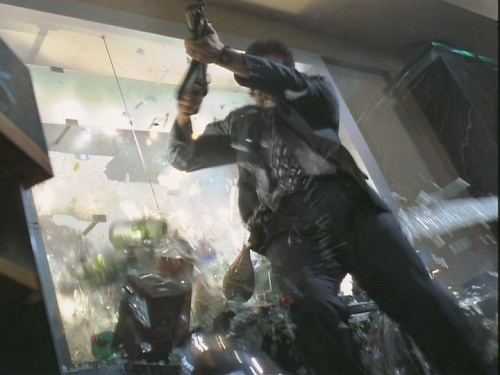 A Yakuza soldier is seen using an AT4 to destroy the hideout of J-Bone (Ice-T). 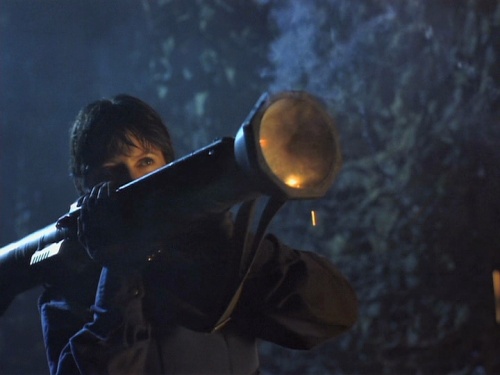 Note AT4 portrayed firing incorrectly. That is actually the rear-end of the AT4, not front. 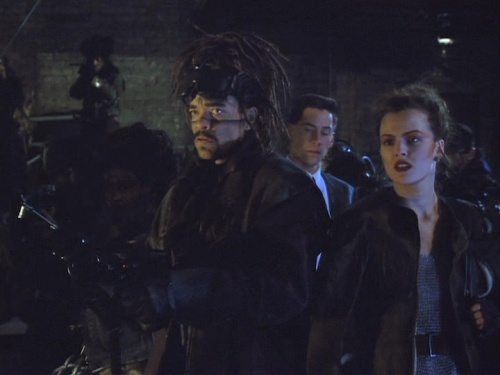 Several characters including Johnny are seen using a futuristic blaster pistol that appears to have parts from a paintball gun. 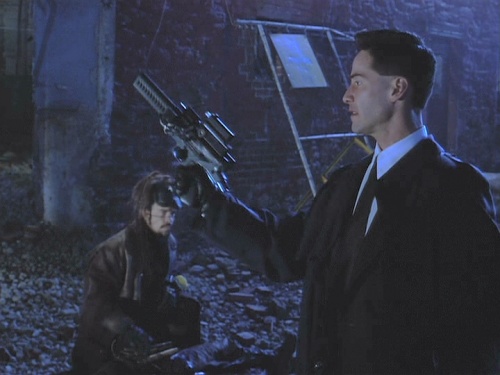