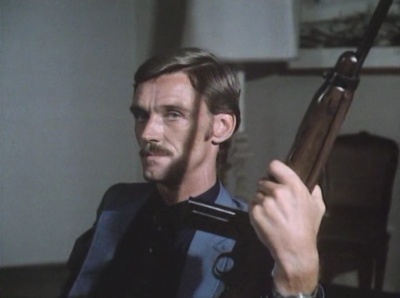 John Steiner with a M1 Carbine as Donald Grayson in Goodbye and Amen (1978).

John Steiner (born January 7, 1941) is a former English and Italian actor. He started his screen career in British TV series. From late 60s to late 80s he worked in Italy, specializing in spaghetti westerns and exploitation movies. In 1991 Steiner retired from acting and became an estate agent in California.