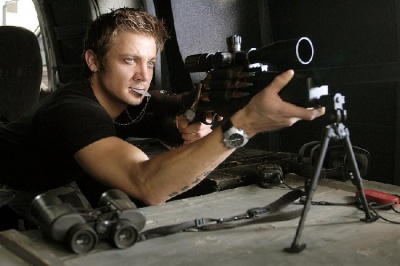 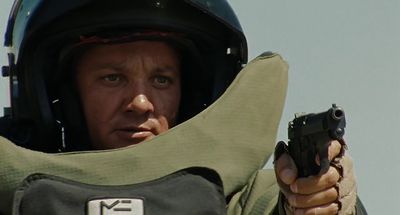 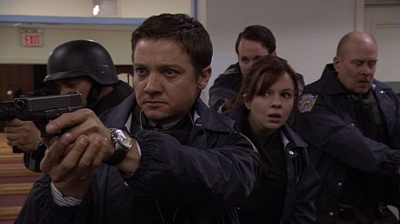 Jeremy Renner holds an Intratec TEC-9 as James "Jem" Coughlin in The Town (2010).

Jeremy Renner is an American actor well known for his role as Clint Barton/Hawkeye in the MCU. In addition, he has appeared in such films as The Bourne Legacy, S.W.A.T. (2003) and 28 Weeks Later in addition to two films in the Mission: Impossible feature series. He has received two Academy Award nominations for his roles in The Hurt Locker and The Town. He returned to voice Clint Barton/Hawkeye in the Disney+ series What If...?.