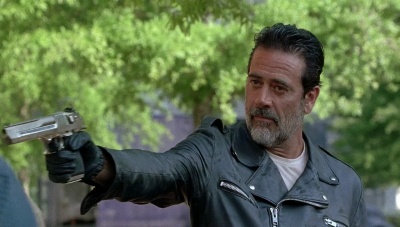 Jeffrey Dean Morgan is an American actor well known for his roles as Edward Blake/The Comedian in the 2009 film adaptation of Watchmen as well as Negan in the series The Walking Dead. In addition, he has appeared in such films as The Losers (2010) and Texas Killing Fields and such series as Grey's Anatomy and Magic City.