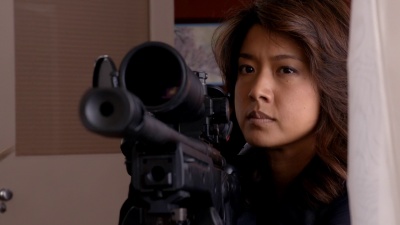 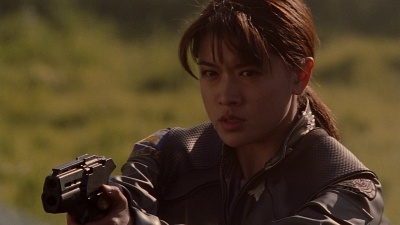 Grace Park holds the S&W 686 visually modified as the Colonial Handgun as Sharon "Boomer" Valerii in the miniseries Battlestar Galactica.

Grace Park is a Canadian-American actress of Korean descent best known for her roles as Sharon "Boomer" Valerii and Kono Kalakaua in the television reboots of Battlestar Galactica (2004) and Hawaii Five-0 and incidentally, taking on what was originally a male role in each of the series.