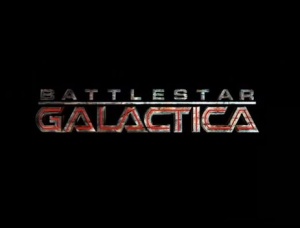 Battlestar Galactica is the weekly series "reboot" of the 1978 ABC sci-fi television series of the same name. The series followed the last remnants of the human population of the twelve colonies after the near decimation by a biomechanical race known as the Cylons. Unlike the original series, the majority of the weapons used are authentic weapons visually modified for the production. This "reboot" began as a Sci-Fi Channel miniseries that first aired in 2003. Subsequently, the weekly series aired for four seasons on the Sci-Fi Channel from 2004 to 2009 and would spawn television films, several webisodes, a prequel series (Caprica) and a prequel film (Battlestar Galactica: Blood & Chrome).

The following lists the seasons of the reboot of Battlestar Galactica: