Gone Are the Days

Gone Are The Days is a 2018 American Western film starring Lance Henriksen as an aging outlaw in the final days of the Old West who knows his days are numbered and decides to embark on one last journey and go out in a blaze of glory.

The following weapons were used in the film Gone Are the Days:

Taylon (Lance Henriksen) carries a blued, ivory-gripped Smith & Wesson Schofield as his sidearm throughout the film, most notably using it in the bank shootout at the end of the film. In an interview with Glide Magazine, Lance Henriksen himself stated that he was allowed to choose his sidearm for the movie and that he personally chose a Schofield because it was "probably the most flashy gun that existed" back then.[1] 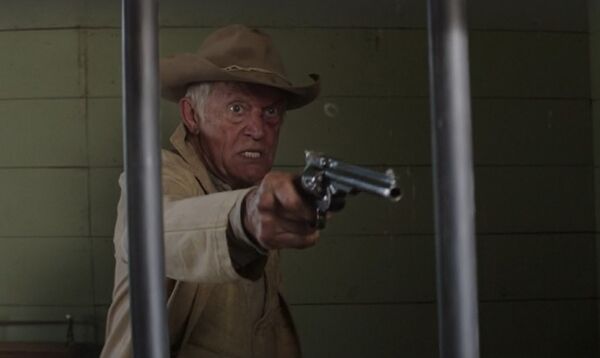 Taylon pointing his Schofield at the bank teller. 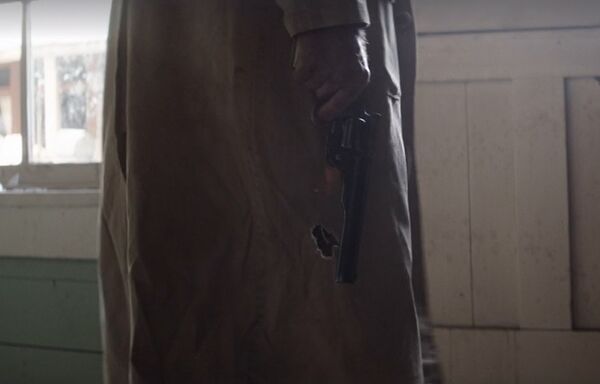 Taylon holds the Schofield by his side.

Taylon holding his Schofield at the campfire.

A pair of Remington Model 1875 revolvers are carried by a henchman. Jaden (Steve Railsback) is also seen firing one in the final gunfight. As evidenced by their brass trigger guards, the revolvers are modern reproductions rather than originals. 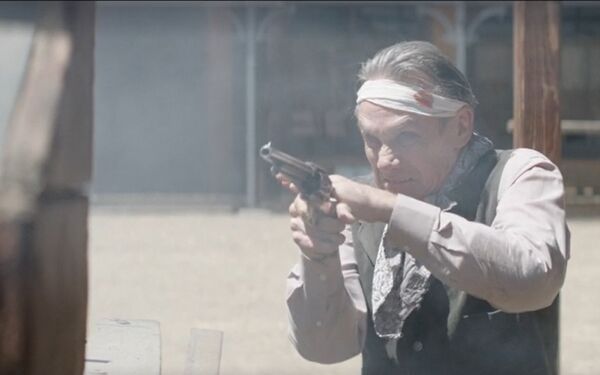 Jaden fanning the Remington in the final shootout.

Taylon (Lance Henriksen) owns and uses an old Henry 1860 lever action rifle as his long gun throughout the film. It is implied in dialogue to function poorly, being dismissed as a "misfiring piece of shit" by Virgil and even by Taylon himself who admits that his rifle "never worked right". The rifle is taken from Taylon in the saloon by Jaden (Steve Railsback), who uses it from that point on.

Taylon aims the Henry at Virgil, who spooked him. 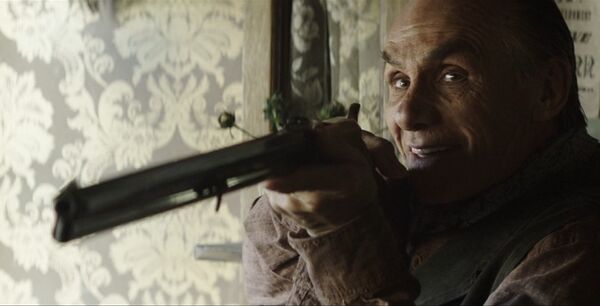 "You lookin' for your rifle?" Jaden aims Taylon's own Henry rifle at him. 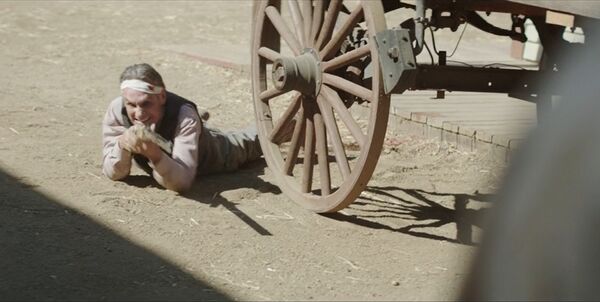 Jaden aiming the Henry in the final shootout.

A Winchester Model 1873 is carried and used by Sheriff Will (Tom Berenger) and appears to be his preferred weapon.

Sheriff Will aims the Winchester. 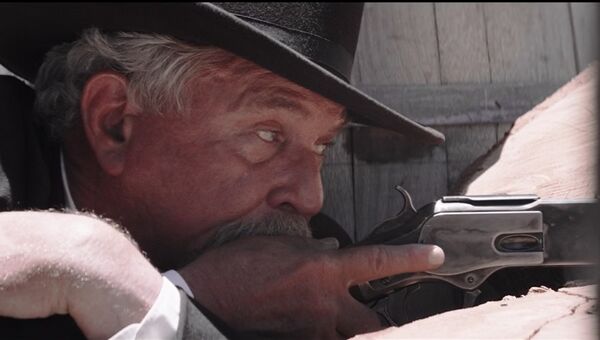 Sheriff Will aiming the Winchester.
Retrieved from "https://www.imfdb.org/index.php?title=Gone_Are_the_Days&oldid=1527062"
Categories: