From Here to Eternity

From Here to Eternity is a 1953 World War II romance directed by Fred Zinnemann and starring Montgomery Clift as a misfit soldier in the US Army who is stationed at Pearl Harbor just prior to the surprise Japanese attack. During his time at the base, he clashes with both his commanding officer and the hardened 1st Sergeant Burt Lancaster. The film's cast included Ernest Borgnine, Claude Akins, George Reeves, Donna Reed (who received the Academy Award for Best Supporting Actress) and Frank Sinatra (who received the Academy Award for Best Supporting Actor). From Here to Eternity also received Academy Awards for Best Picture and Best Director and was based on a novel by James Jones, who also wrote The Thin Red Line. The majority of the filming was done at the actual Schofield Barracks in Hawaii.

The following weapons were used in the film From Here to Eternity: 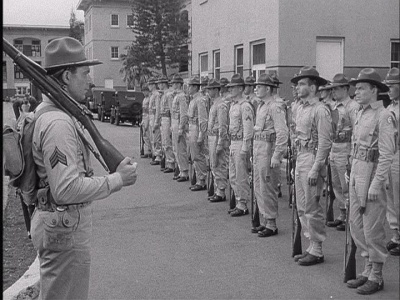 During a review, The M1903 Springfield is seen in the hands of Private Angelo Maggio (Frank Sinatra), who is on the far right, and Private Robert E. Lee Prewitt (Montgomery Clift) on the near right. 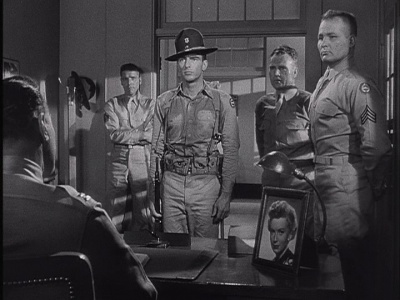 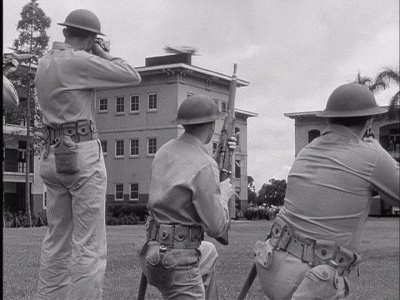 The M1903A3 Springfield is the standard rifle of US Army troops stationed at Pearl Harbor. 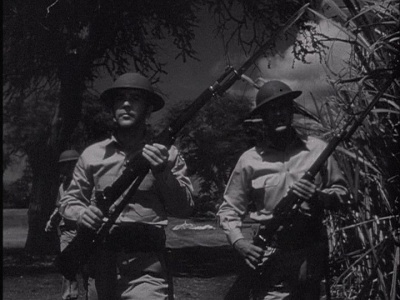 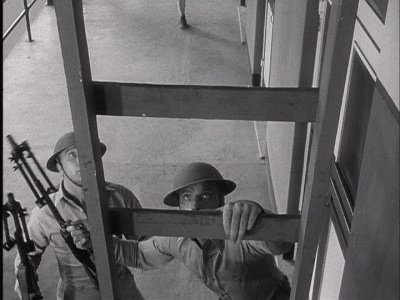 Warden and his men hold BAR's as they climb up to the roof. Note here the BAR's have bipods. 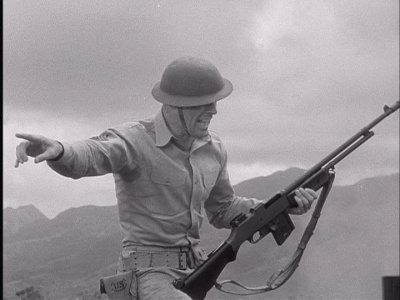 Warden on the roof with his BAR, now without the bipod. 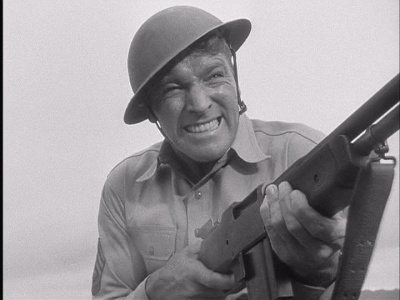 The Browning M1919A4 is used notably by 1st Sergeant Warden (Burt Lancaster) to shoot down a Mitsubishi Zero during the attack. 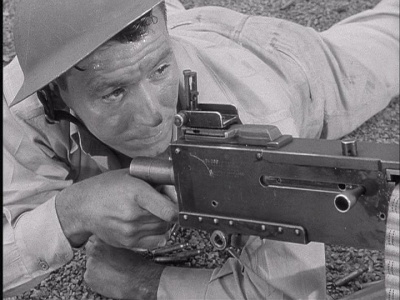 Ready to fire the Browning. 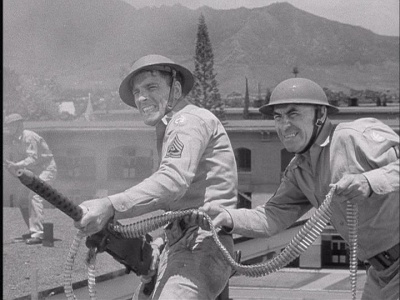 1st Sergeant Warden holds the M1919A4 without the tripod.

A US Army sentry is seen holding an M1928 Thompson at the film's end. 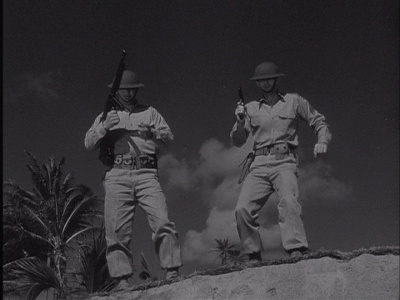 The US Army sentry on the left is seen holding an M1928 Thompson at the film's end.

A US Army sergeant is seen holding an M1911A1 at the film's end.

A US Army sergeant on the right is seen holding an M1911A1 at the film's end.
Retrieved from "https://www.imfdb.org/index.php?title=From_Here_to_Eternity&oldid=1293755"
Categories: