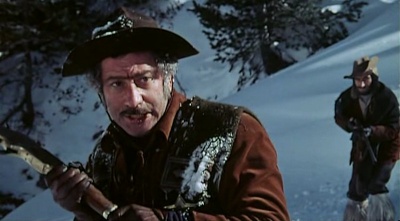 Walter Frank Hermann Wolff (May 11, 1928 – December 12, 1971) was an American actor whose prolific movie career began with roles in five Roger Corman productions and ended ten years later in Rome, after numerous appearances in European-made films. He committed suicide in his his apartment in Rome in 1971.He was 43.