From Internet Movie Firearms Database - Guns in Movies, TV and Video Games
(Redirected from The Great Silence)
Jump to navigation Jump to search

The Great Silence (Il grande silenzio) is a 1968 Italian Western directed by Sergio Corbucci and stars Jean-Louis Trintignant as Silence, a mute gunfighter and Klaus Kinski as Loco, leader of a group of ruthless bounty hunters. A conflict occurs between them when Silence is hired by the widow of a man murdered by Loco. The story, which takes place in 1896 in the mountains on the border between the USA and Mexico, was inspired by real events. The movie was filmed in the Italian Dolomites and features music by Ennio Morricone.

The following weapons were used in the film Great Silence, The:

Silence (Jean-Louis Trintignant) uses a Mauser C96 with a wooden stock/holster as his primary weapon throughout the movie. Silence's use of the, at the time, revolutionary and highly sophisticated semi-automatic pistol contrasts heavily with the use of traditional single-action revolvers by the other characters. 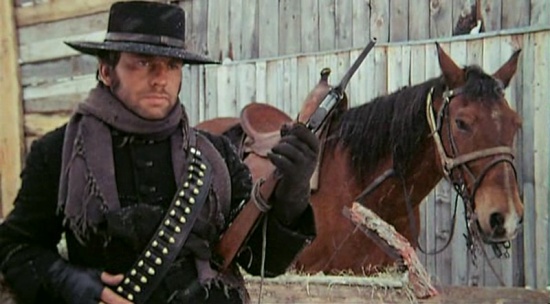 Silence (Jean-Louis Trintignant) with his Mauser C96 and attached stock. 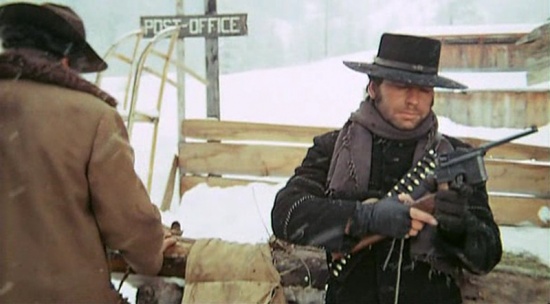 Silence sets up his C96. 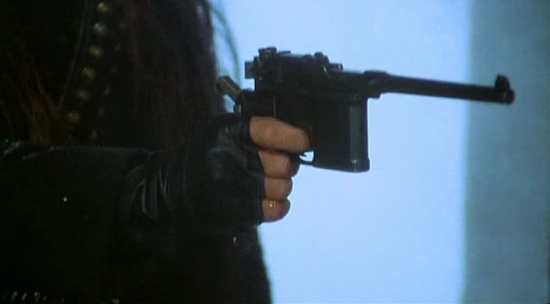 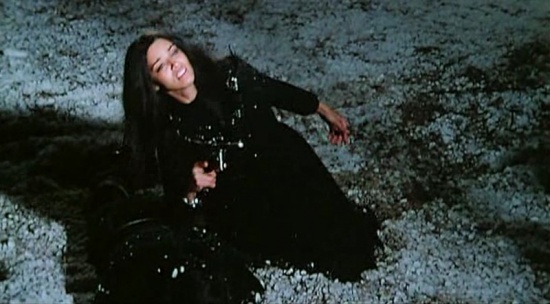 Pauline (Vonetta McGee) kneels in gravel with the C96 in hand.

The Single Action Army is seen in the hands of everyone else in the movie. 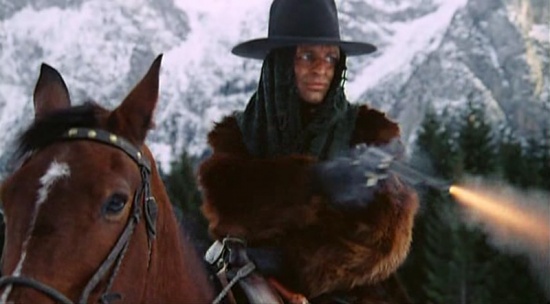 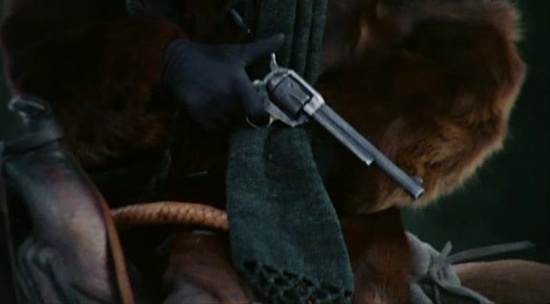 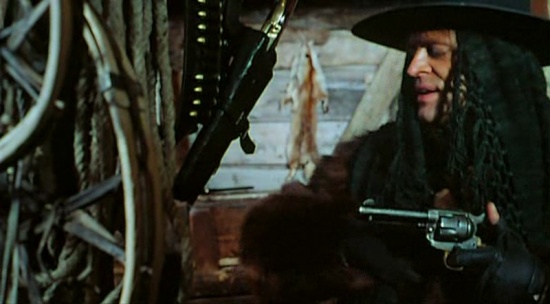 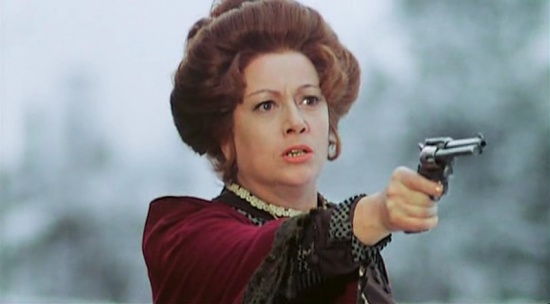 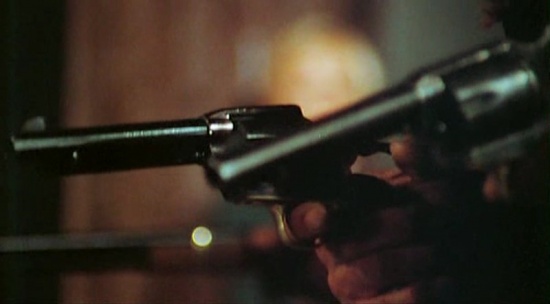 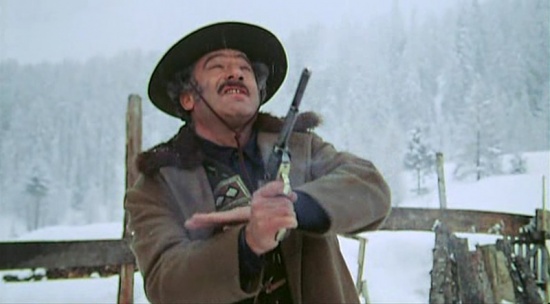 The Winchester 1866 "Yellow Boy" is seen in the hands of numerous characters. 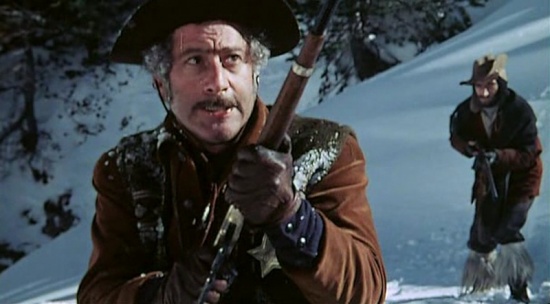 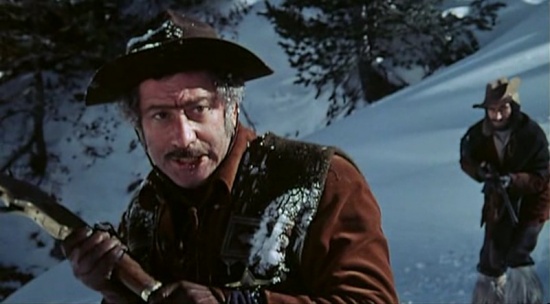 Then, he attempts to use it as a club. 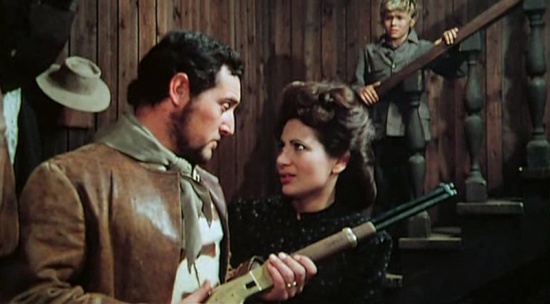 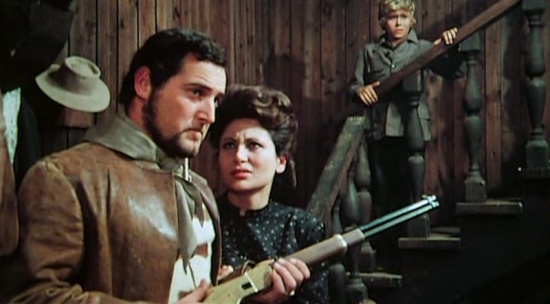 He wisely remembers to keep his finger off the trigger. 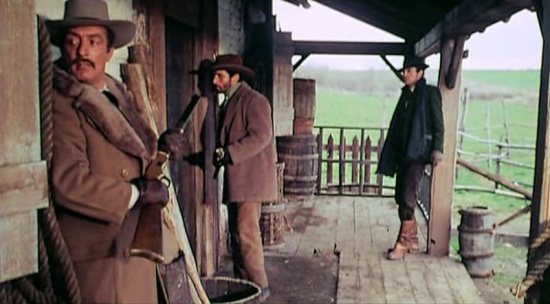 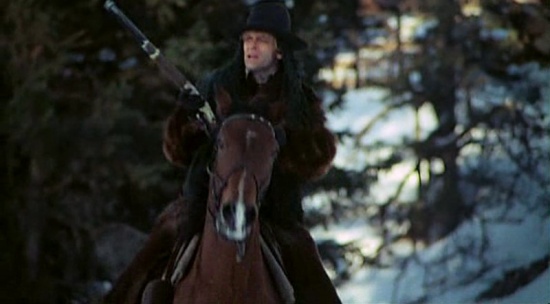 Loco hastily clears his Winchester of snow after retrieving it from hiding. 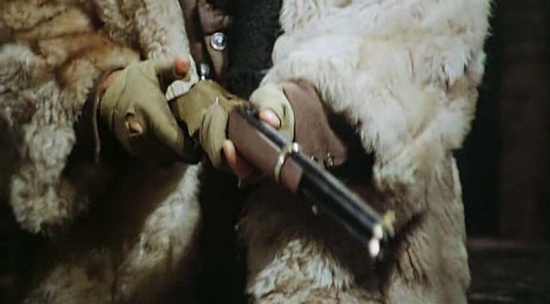 Almost every bounty hunter in the execution scene has a Winchester 1866 "Yellow Boy". 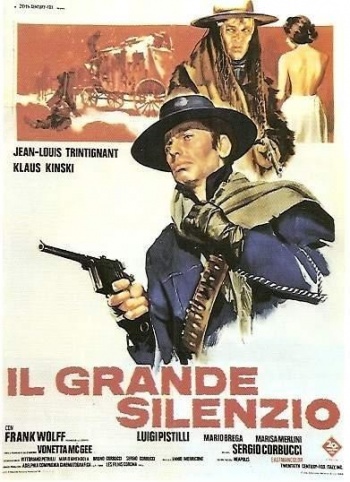