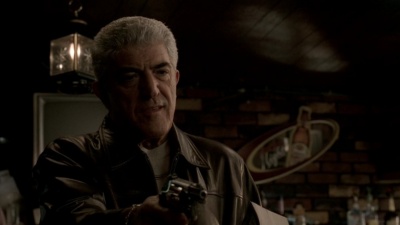 Frank Vincent (1939–2017) was an American actor well known for portraying mobsters, notably as Billy Batts in the 1990 film Goodfellas and Frank Marino in 1995's Casino as well as Phil Leotardo in the series The Sopranos.