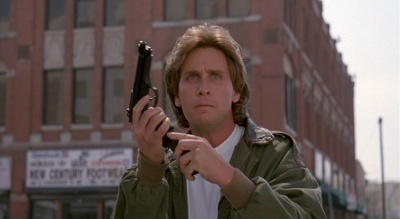 Emilio Estevez is an American actor/director who is known for his roles as Billy the Kid in two Young Guns feature films Detective Bill Reimers in two Stakeout films, and as Gordon Bombay in The Mighty Ducks trilogy. He also is the son of actor Martin Sheen and brother of actor Charlie Sheen, but unlike his father and his brother, Emilio elected to be credited with his family name Estevez rather than the Sheen stage name. He has since directed several feature films including Wisdom, The War at Home and Men At Work.

See the Discussion for the films in the IMFDB directed by Emilio Estevez.