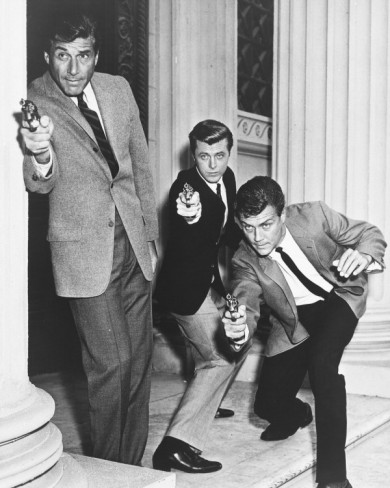 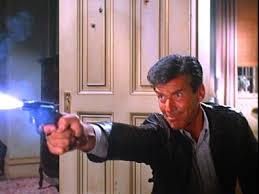 Efrem Zimbalist Jr. (Born on 30 November 1918 in New York City - died 2 May 2014 in Solvang, California) was an American actor. The son of a Russian-born concert violinist and a Romanian-born opera singer, the younger Efrem's first role was in the 1946 TV movie Mr. and Mrs. North, and his career continued for more than fifty years. He was best-known for his starring television roles as private investigator Stuart Bailey on 77 Sunset Strip (1958-1964) and Inspector Lewis Erskine on The F.B.I. (1965-1974), the latter role leading to a close friendship with J. Edgar Hoover, and, in 2009, being given an honorary Special Agent's badge by then-Director Robert Mueller.

Like Mark Hamill, Zimbalist's career was revitalized in the 1990's by his casting in Batman: The Animated Series. His performance as Batman's butler Alfred Pennyworth remains one of the longest-running and best-loved among fans. He formally retired in 2004, and his appearance as Alfred in that year, in the animated series Justice League was the second-to-last performance of his life, before the release of the short film The Delivery in 2008. He also emerged briefly from retirement in 2004 to act with his daughter, Stephanie (the star of Remington Steele, on which Efrem made several guest appearances), in a stage production of Tennessee Williams's Night of the Iguana.

Zimbalist passed away in 2014, survived by Stephanie and his son, Efrem "Skip" Zimbalist, III (his third child, Nancy, predeceased him in 2012).