Domino (Домино) is a 1973 Soviet movie based on the story "Biography of a Silver Fox" by Ernest Thompson Seton. Like in the book, plot is follows the life of a fox named "Domino Reynard" from his birth.

This film has not been restored, so it is of moderate video quality.

Not to be confused with the 2005 film of the same name.

The following weapons were used in the film Domino (1973):

The Winchester Model 1886 rifles is carried by Abner Jukes (Sergey Grando) and several other hunters. Mr. Blake (Vyacheslav Voronin) also carries a rifle, although it can only be seen at a distance, and subsequently in a continuity error it switches to a double-barreled shotgun. At least four rifles were used. It's worth noting that these guns have some minor details, uncommon for genuine Winchesters, such as wide foregrips, and most likely is a modern replicas.

Winchester Model 1886 with a 22 inch barrel - 50-110 chambered caliber. This is the actual Hero carbine used by Tom Selleck in Monte Walsh 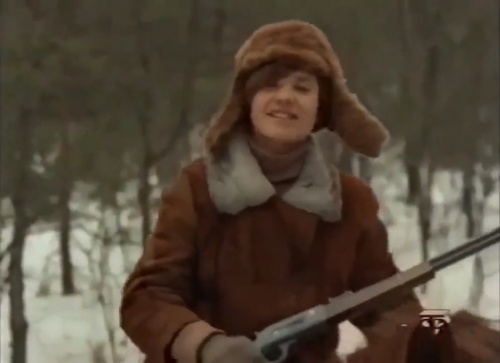 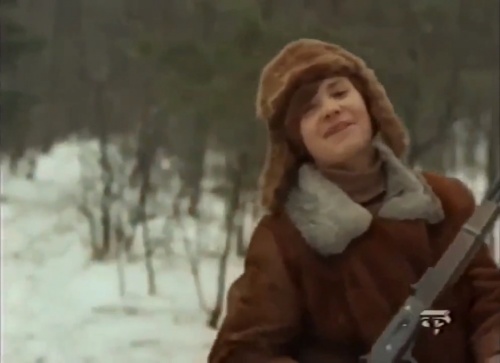 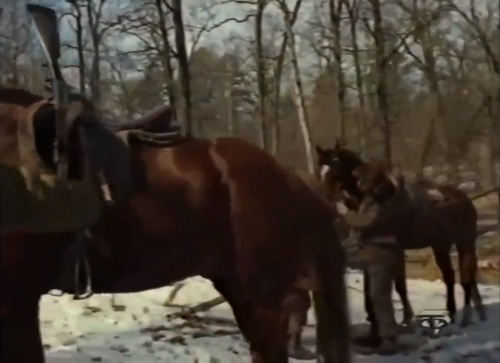 The rifle is seen in saddle holster. 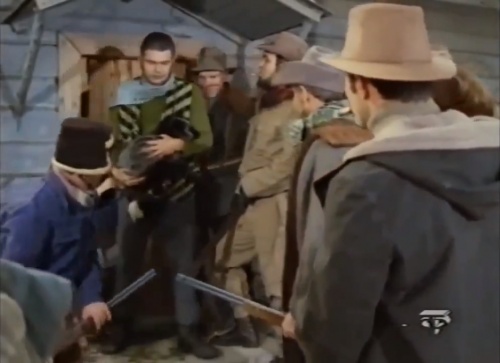 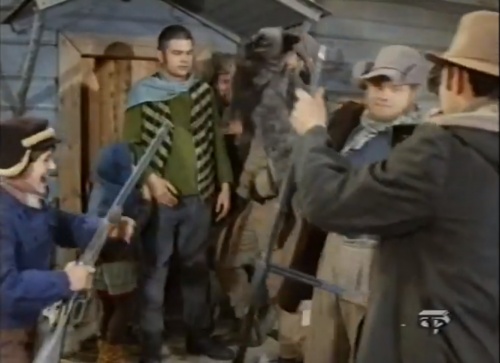 Other hunters carry a 12 Gauge Double Barreled Shotguns. Visible as an hammerless versions, as and with exposed hammers. Abner Jukes also briefly visible at the end of the movie with a hammerless double-barreled shotgun, in a continuity error. 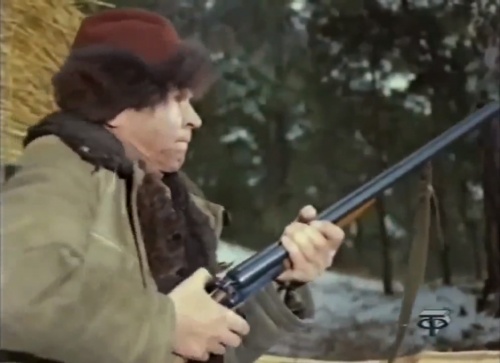 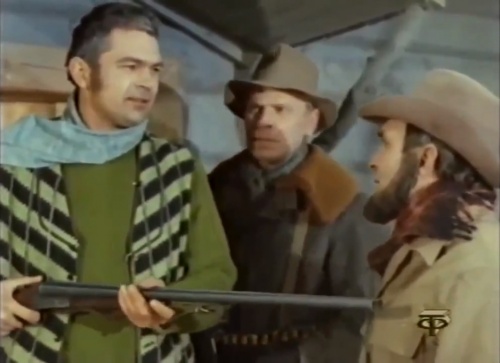 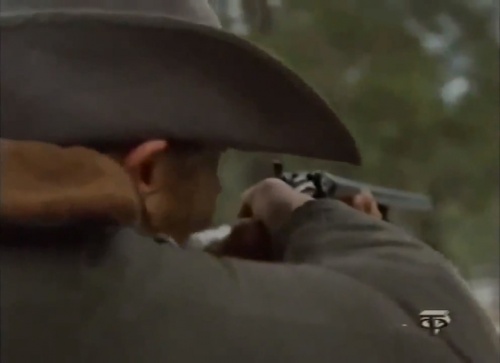 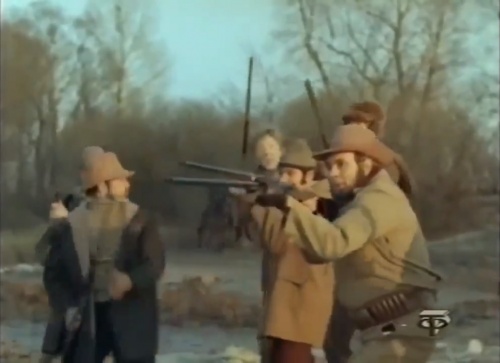 Mr. Blake (Vyacheslav Voronin) and other hunters aims his shotguns. 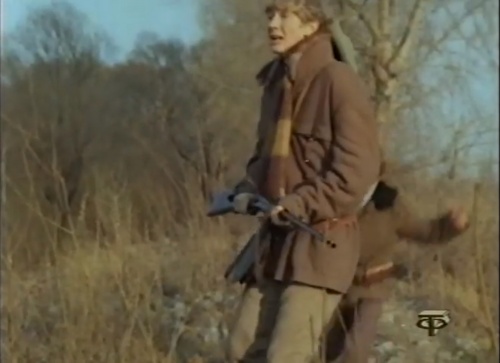