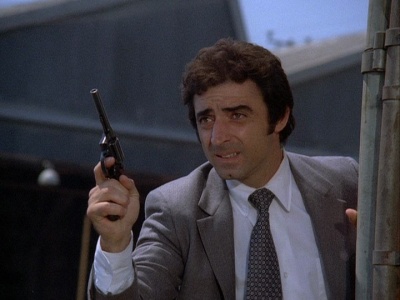 Charlie Picerni with a Colt Official Police as Jackson in Mission: Impossible.

Charlie Picerni is an American stunt coordinator/director who has been involved in stunt performing and directing for over four decades. He has been the stunt coordinator on such landmark action films as the Lethal Weapon series and the first two Die Hard films. He also has performed first and second unit directing duties on such hit television series as Hunter, Magnum P.I. and The A-Team.