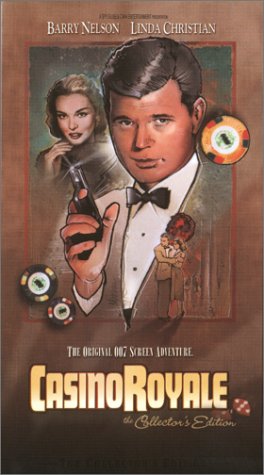 Casino Royale is a 1954 US television adaptation of Ian Fleming's first James Bond novel. This version premiered on television on October 21, 1954 as the third episode of the Climax! Mystery Theater program on CBS. The adaptation featured Barry Nelson as Jimmy Bond, an Americanized version of the character made famous eight years later by Sean Connery in the film Dr. No. This particular adaptation simplified the plot of the original novel, combining several characters (and turning CIA agent Felix Leiter into an English government agent named Clarence Leiter) and condensing the action to fit into an hour-long live television segment. Casino Royale was also adapted as a 1967 feature film comedy spoof as well as an official James Bond film that marked the debut of Daniel Craig as Agent 007.

The following firearms were used in the 1954 Climax! television segment Casino Royale:

The opening shot of the film shows James Bond walking into a French casino. A gunman takes aim at him with a Colt Official Police and fires three shots that miss before driving off. It is assumed that the shots are fired by one of Le Chiffre's Soviet agents. 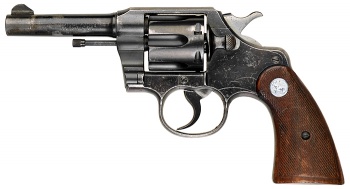 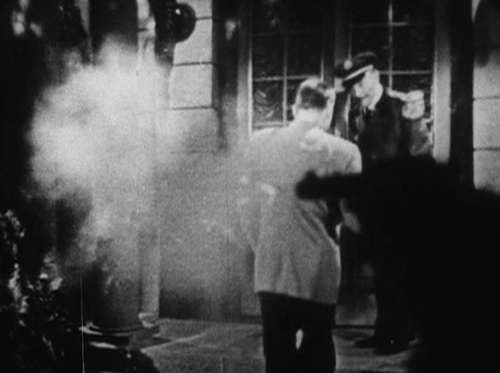 A gunman takes aim at Bond as he enters the casino.

Although not used until The World Is Not Enough in an official Bond film, this adaptation features a "cane gun" similar to the one described in Fleming's original novel. In this show, the gun is held by Zoltan (Kurt Katch), one of Le Chiffre's assassins. 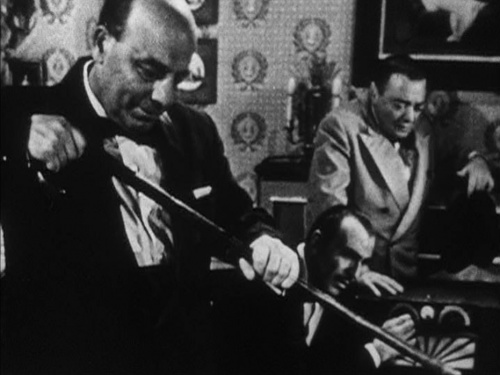 Zoltan loads the cane gun while in Le Chiffre's suite. 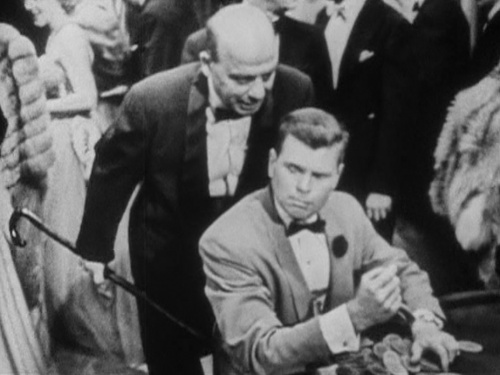 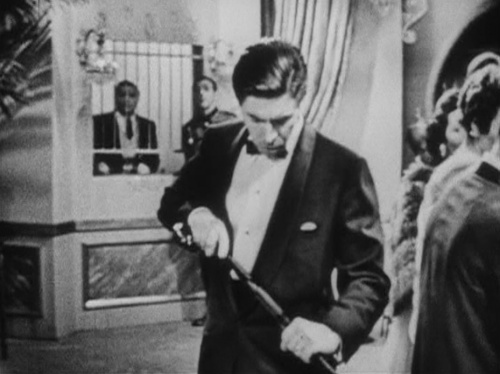 Clarence Leiter (Michael Pate) investigates the cane gun after Bond tosses it to him.

Le Chiffre (Peter Lorre) and his Soviet henchman Zuroff each carry a Mauser 1934. 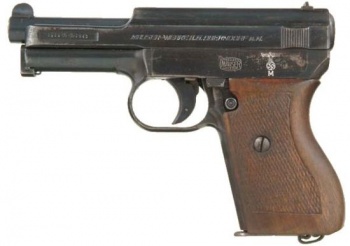 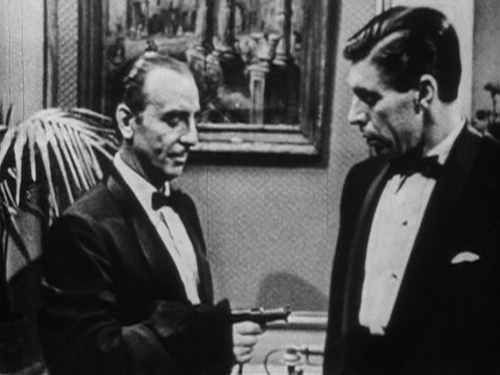 Zuroff holds his Mauser on Clarence Leiter, demanding the money Bond will use to play baccarat with. 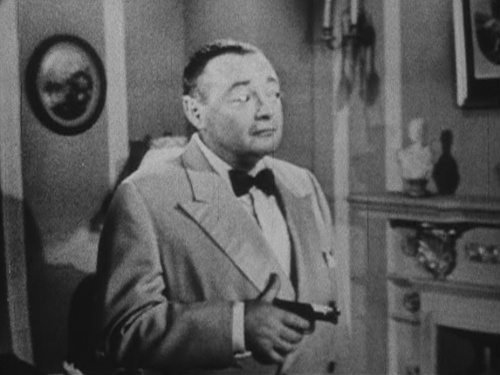 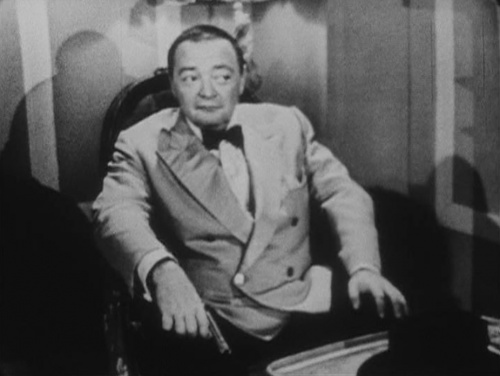 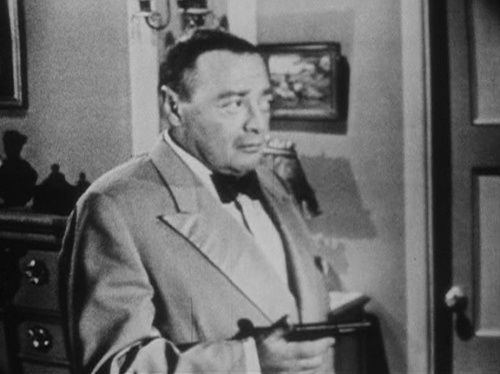 Le Chiffre steps towards Bond, threatening to torture him unless he hands over the check.

James Bond (Barry Nelson) disarms Basil (Gene Roth), the third of Le Chiffre's thugs, of an FN Model 1900, using it to shoot both him and Le Chiffre during the finale. 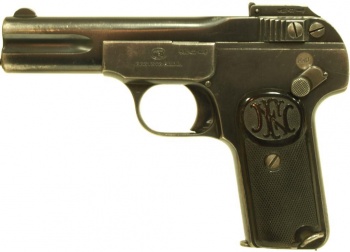 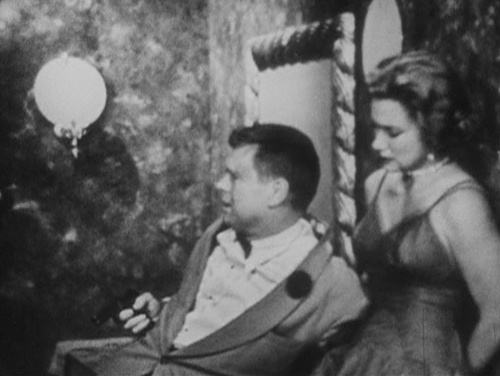 Bond holds the FN Model 1900 he took from Basil. 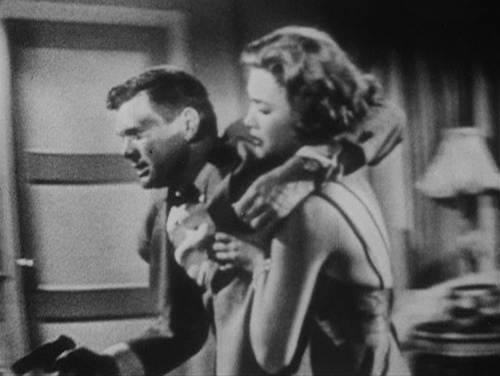 Valerie Mathis (Linda Christian) helps a stumbling Bond out of the bathroom. 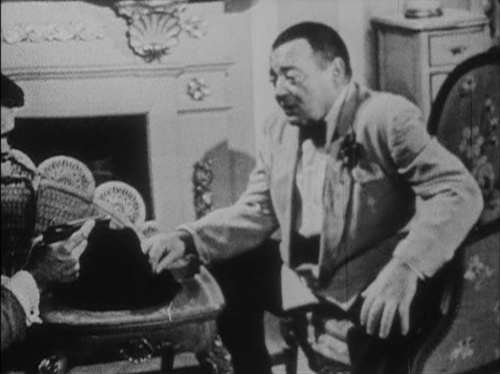 Bond holds the FN Model 1900 on a dying Le Chiffre, telling Valerie to call the police.
Retrieved from "https://www.imfdb.org/index.php?title=Casino_Royale_(1954)&oldid=978569"
Categories: