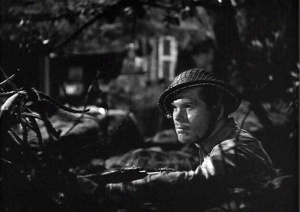 Barry Nelson (1917-2007) was an American actor perhaps best known as the very first actor ever to play James Bond in any kind of media (the 1954 US television adaptation of Casino Royale). He also appeared in such films as Bataan, A Guy Named Joe, and The Shining.