The Caracal pistol is a series of semi-automatic pistols manufactured by Caracal International L.L.C., a subsidiary of Tawazun Holding from the United Arab Emirates. 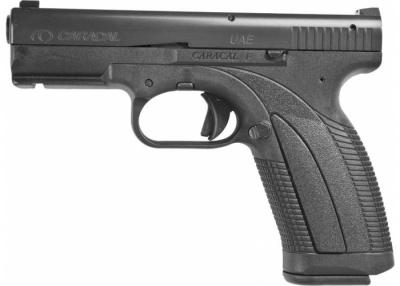 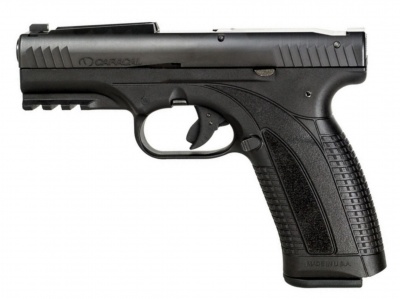 The design team was led by Wilhelm Bubits, who had previously also worked for Glock and who also designed the Steyr M pistol series which look similar in appearance to that of the Caracal range. The series are the first pistols ever built in the United Arab Emirates. As of 2011, Caracal pistols are also manufactured in Germany by Caracal GmbH operating from Suhl in Thuringia for the European market and in 2012, Caracal opened a subsidiary in the United States, Caracal USA.

The pistol is available in 3 variants of which the Caracal F is the full-size variant. The Caracal C is a more compact variant of the Caracal F and the Caracal SC has an even more reduced length, height and width and is technically somewhat different compared to the other Caracal pistols. In 2016, the Caracal Enhanced F was introduced, with eliminated the traditional rear sight and incorporated a "Quick-Sight" design, similar to the gutter-style sights on the ASP.

The Caracal pistol series appears in the following films and video games: