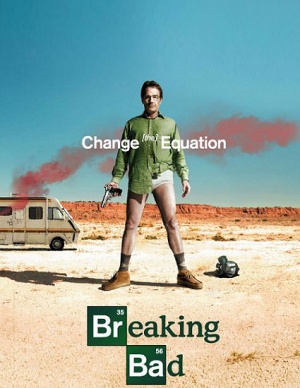 Breaking Bad is an AMC television crime series that starred Bryan Cranston as Walter White, a disillusioned high school chemistry teacher who after being diagnosed with terminal cancer, decides to turn to manufacturing methamphetamine in order to assure financial security for his family. The series was developed by Vince Gilligan (a noted writer/producer on The X-Files) and also co-starred Dean Norris and Aaron Paul (who, along with Cranston, all previously made appearances on The X-Files). The series aired for 5 seasons on AMC from 2008 to 2013 would also spawn the prequel series Better Call Saul, which premiered in the US on AMC in 2015. In 2019, the Breaking Bad story would continue with the Netflix original film, El Camino: A Breaking Bad Movie, which features the return of Paul as Jesse Pinkman.

The following lists the films and series set in the universe of Breaking Bad: