The following weapons were used in Season 2 of the television series Bones:

A likely stand-in for the Glock 22, FBI Special Agent Seeley Booth (David Boreanaz) is seen armed with a Glock 17 as his sidearm for the first two seasons, replacing the Smith & Wesson Model 686. For a few episodes, Booth's Glock is shown with a stainless slide. 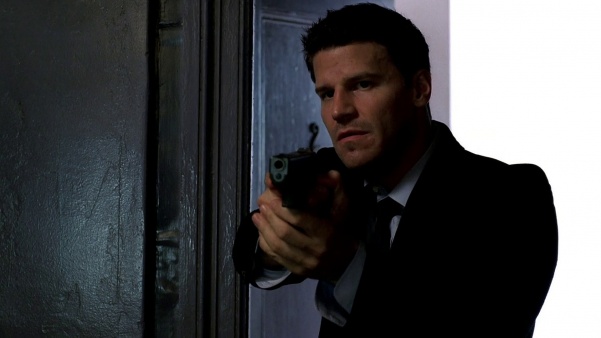 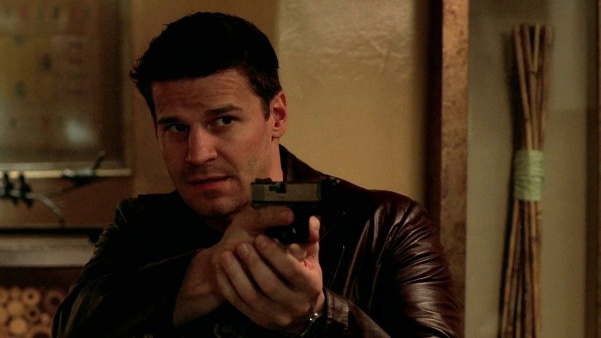 In "The Man in the Cell" (S2E12), Dr. Temperance "Bones" Brennan (Emily Deschanel) begins carrying a 4" Smith & Wesson Model 500 that she claims to have bought at the mall. The impracticality of the large-caliber gun for the purposes of law enforcement becomes a running gag in the series. 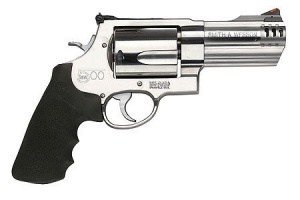 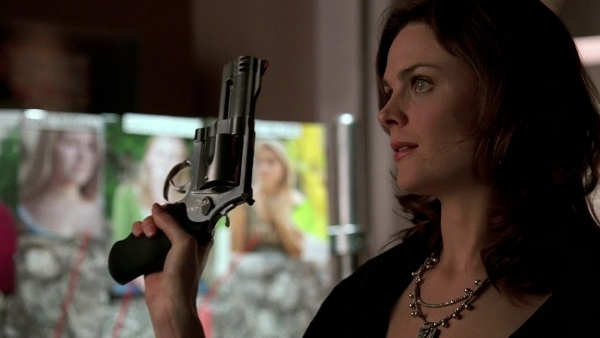 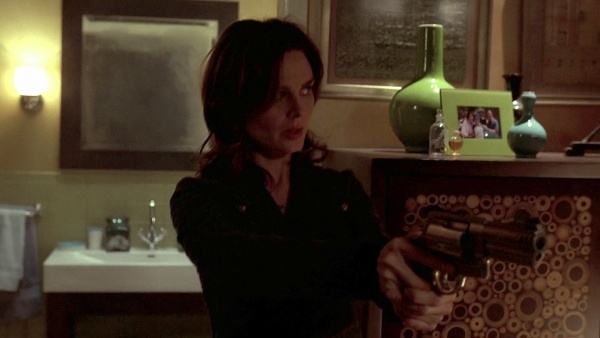 In Season 2, Booth is seen keeping a Smith & Wesson Model 60 as a backup weapon. He pulls it and gives it to Bones to use in "The Blonde in the Game" (S2E04). 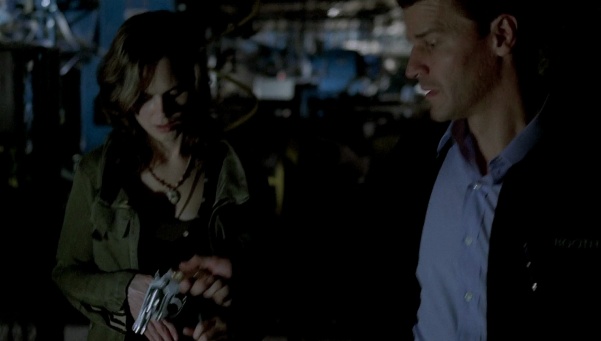 Booth pulls his revolver and gives it to Bones to use in "The Blonde in the Game" (S2E04). 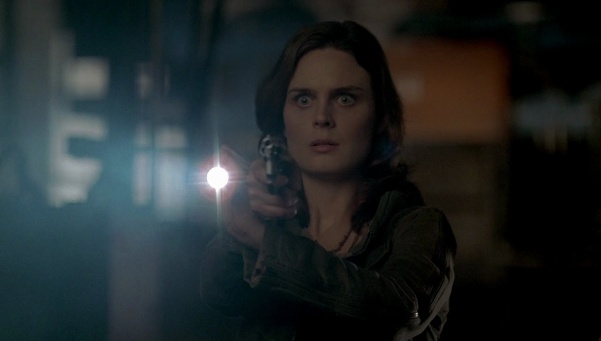 Dr. Temperance "Bones" Brennan (Emily Deschanel) holds the revolver in "The Blonde in the Game" (S2E04). 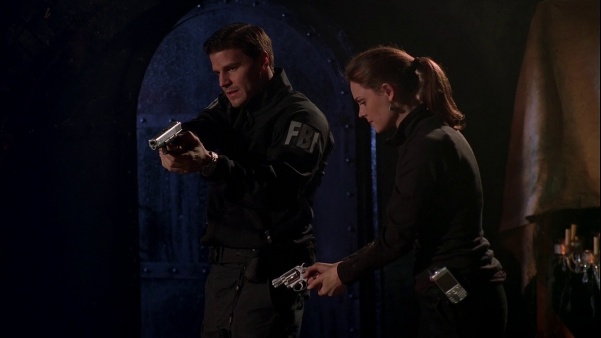 Dr. Temperance "Bones" Brennan (Emily Deschanel) decides to put the revolver in Booth's pocket in "The Blonde in the Game" (S2E04).
Retrieved from "https://www.imfdb.org/index.php?title=Bones_-_Season_2&oldid=1081388"
Categories: