The following weapons were used in Season 12 of the television series Bones:

FBI Special Agent Seeley Booth (David Boreanaz) continues to carry what appears to be a two-tone custom Colt Government Model pistol as his sidearm. This pistol has been customized with a beaver tail grip safety, 10-8 sights, and a skeletal hammer. 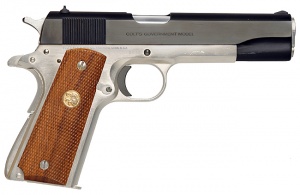 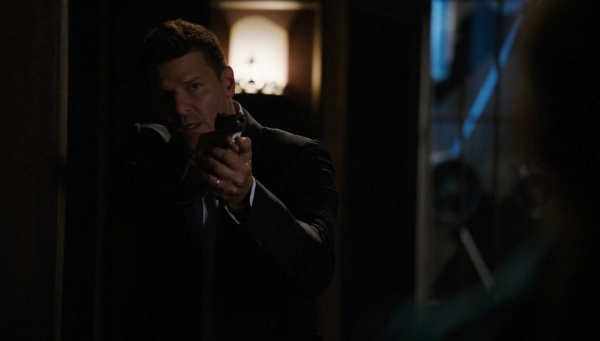