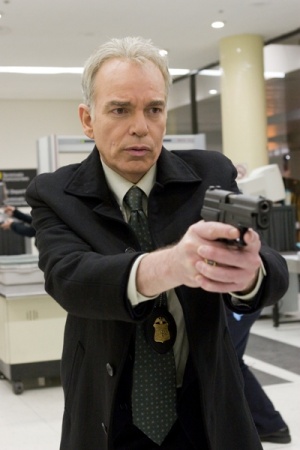 Billy Bob Thornton is an American actor/screenwriter/director who has appeared in such films as Tombstone, Armageddon, Bad Santa, and Eagle Eye. He is also well known for his performance as a developmentally challenged killer in the film Sling Blade, which he directed and wrote the screenplay. Thornton would later be nominated for the Academy Award for Best Actor and would receive the award for Best Adapted Screenplay for the film. In addition, he also co-wrote the film One False Move and directed the 2000 film All the Pretty Horses.